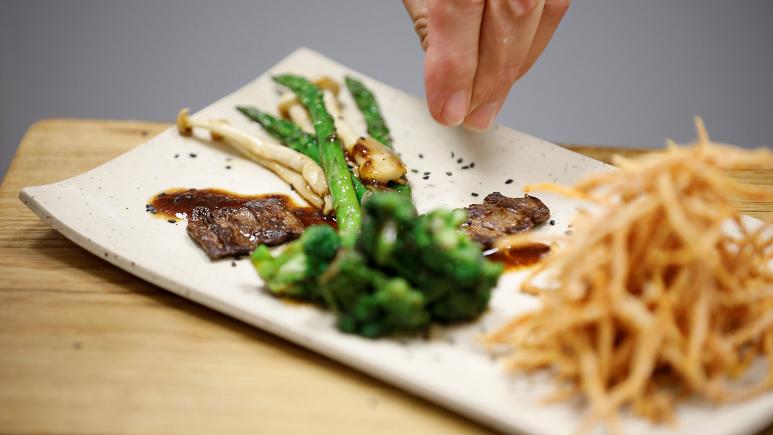 With manufactured burgers and chicken already produced across the world, Aleph Farms is seeking to tap into consumers’ increasing awareness of health, environmental and ethical concerns related to eating meat.

The steak was developed from a small number of cells extracted from a cow. The company has said that they do not slaughter the animal to make their steaks nor does it use antibiotics.

Aleph Farms is currently in talks with some of Europe and other regions’ high-end restaurants, aiming to have the product released for a trial phase in 2021. Aleph is planning an official launch for the product in 2023, hoping to sell the steaks in both restaurants and shops.

Currently, the steak, which costs around €45, is thin and cooks quickly. The organisation says that it hopes to bring the price down before the product’s release in 2021, aiming for it to cost only slightly higher than a traditional steak.

Longterm, Aleph plans to develop a thick steak with “the properties that we like and we all know,” said vice-president for research and development Neta Lavon.

CEO and founder of Aleph Farms, Didier Toubia, expressed ambitious plans for the steak and the company as a whole, saying he aims to make it one of the world’s top three meat producers in the next 20 years.

“Writing is the only way I have to explain my own life to myself.” ― Pat Conroy – Subscribe with THE ONLINE PUBLISHERS to offer your services as a writer.