Latest Articles
Home BUSINESS From the Vietcong to Nike: How the X40 factory has changed 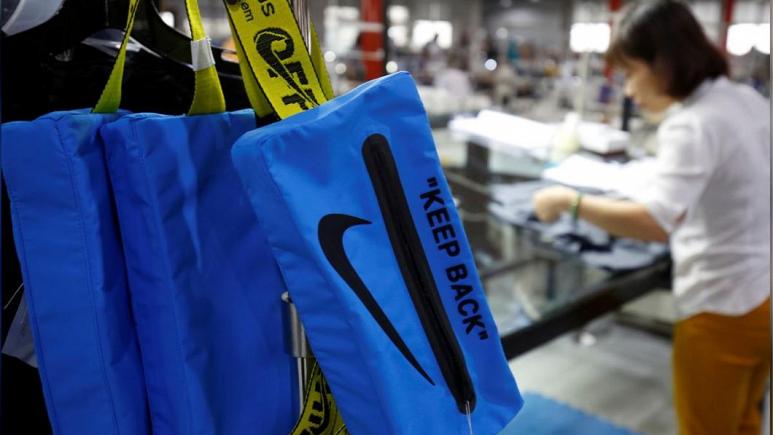 From the Vietcong to Nike: How the X40 factory has changed

Once one of three factories producing uniforms for the Vietcong, economic pressures over the decades have seen the “X40” factory in Vietnam change the products it makes to mass-produced garments for the US Olympic team and Nike sportswear.

During the Vietnam War, the Soviet-built complex was given the code-name “X40” by the Vietnamese defence ministry and made uniforms for the North Vietnamese Army and Vietcong guerrillas in the south of the country.

The factory, located on the outskirts of Hanoi was surrounded by fields of concrete, with little greenery. One large banyan tree did grow there, however, which, according to legend among factory workers, was planted by Vietnam’s founding president, Ho Chi Minh.

By this time, the country had already begun to change its economic policy with it’s so-called “doi moi” process of economic reform. US trade embargos, however, would not be lifted from Vietnam until 1994.

“By the time I arrived in 1991, the factory had already converted to making garments for export,” said Australian businessman Jef Stokes.

Stokes bought the company in 2006, transforming it into Maxport Limited, a sportswear manufacturer with large foreign clients like Nike, Asics and several Olympic teams. Today, the factory churns out millions of units a year for these global giants.

Nguyen Thi Thu Huyen, who started working at the factory in the early 90s is pleased with the changes that the factory has gone through over the years. “I feel very proud watching the Olympics and seeing our garments on screen. It might not be the exact one I made, but one of them must be,” she said.

A report carried out by the Fair Labour Association last year highlighted that the factory still has progress to make. Assessors at the complex found that immediate action on behalf of the company was required in terms of health and safety, working hours, and compensation.

Some of the issues raised in the assessment were prolonged hours standing for employees, lack of rest time for security guards and that just five out of the 70 members in the fire team were provided with the relevant firefighting equipment.

“As a freelancer your biggest advantage is that you only need a handful of clients to succeed. Most companies need to find thousands of customers. You only need to find one at a time.” – Robert Williams – Start freelancing by subscribing to THE ONLINE PUBLISHERS to get worldwide exposure in the digital marketing and publishing industry

3 Reasons That TOP Platform Is The Best Ebooks Hub.