Latest Articles
Home NEWS Boris Johnson pushes Britain to brink of an election: Here’s what could happen next 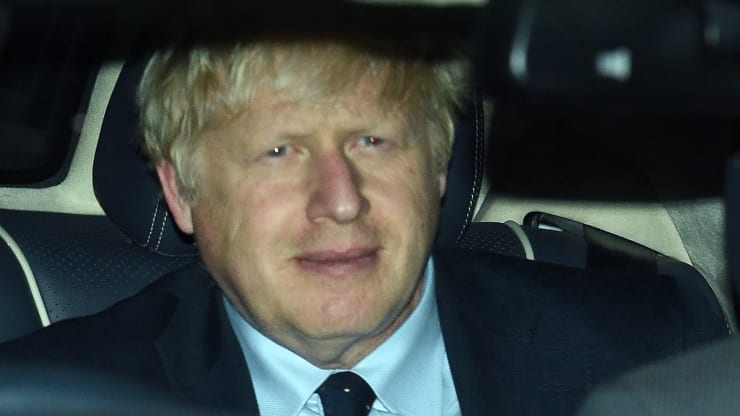 Boris Johnson pushes Britain to brink of an election: Here’s what could happen next

Market focus is firmly on U.K. Prime Minister Boris Johnson’s next move after a majority of U.K. lawmakers voted Tuesday to take control of parliamentary business.

The result sets up another key vote in parliament on Wednesday on whether to block the government from proceeding with a no-deal Brexit on October 31, if no Brexit deal is agreed by that date.

The legislation being put forward by opposition and “rebel” Conservative Party lawmakers on Wednesday would force the prime minister to request another delay to Brexit, to January 2020, in a bid to stop him from taking the U.K. out of the EU on Halloween “come what may,” as he pledged.

The move by lawmakers put parliament on a collision course with Johnson’s government. Johnson had hoped to keep the prospect of a no-deal scenario on the table in a bid to strengthen his hand in last-ditch negotiations with the EU to get amendments to the Brexit deal on offer.

What happens next is uncertain, with various potential scenarios including a possible snap election – the timing of which could largely determine the direction Brexit takes given the default position is that the U.K. leaves the EU on October 31 — if the government does not request a further delay — with or without a deal.

Johnson said Tuesday that he would put forward a motion to hold a snap election, although he needs two-thirds of parliament to approve a vote. A vote of no confidence in the government could also be tabled by the opposition.

After hitting a level not seen since October 2016 on Tuesday, sterling rose following the vote to trade at $1.2123 on Wednesday.

The prime minister responded to the vote Tuesday evening telling a packed House of Commons (the lower chamber of Britain’s Houses of Parliament) by saying it was “on the brink of wrecking any deal that we might be able to strike with Brussels.”

The dramatic day in British politics on Tuesday also saw a Conservative Party MP defect to the opposition, leaving Boris Johnson without a working majority in parliament.

Opposition lawmakers want assurances that legislation to block a no-deal Brexit, if approved on Wednesday, would be passed before any election is held. A no-deal departure is seen as the most turbulent Brexit scenario as it means an abrupt overnight separation from the EU without a transition period in place.

Legislation to stop a no-deal Brexit, even if approved by parliament on Wednesday, would need to be approved quickly by the House of Lords, the upper chamber of Britain’s Houses of Parliament, before parliament is suspended on Monday 9 September until mid-October.

It has been reported that the government could try to bypass legislation requiring a two-thirds majority to approve a snap election, but this is deemed unlikely. It has even been mooted that Johnson could call a vote of no confidence in his own government and then call on his MPs to abstain from the vote although this is seen as extremely unlikely.

“The House of Lords is usually very sedate because we’re meant to be the reflective chamber but I can assure you, passions are running extremely high,” he told CNBC’s Willem Marx on Wednesday.

“The overwhelming majority do not want to see a disorderly Brexit …So the bill will go through the (House of) Lords, the question is what Boris Johnson now does,” he said.

“His move to have an election is certainly going to be stopped this week. It requires the consent of two-thirds of the House of Commons and he’s not going to get close to that. There will not be any consent to an election before a no-deal Brexit is dead and buried.”

Adonis, a Remain supporter, added that there was “a very low level of trust in parliament at the moment with Boris Johnson … and I think we’re in for a deep and ongoing political crisis.”

TOP Can Handle Press Release Services For You.

4 Reasons To Go With TOP When You Need Online Reputation Building Solutions.

5 Reasons You Should Consider Doing Translation Work For TOP.

For Advertisers To Make More TOP Is The Answer.

The Best Option For Getting Quality Positive Reviews For Your Business.

Things to remember when creating content for online lobbying.