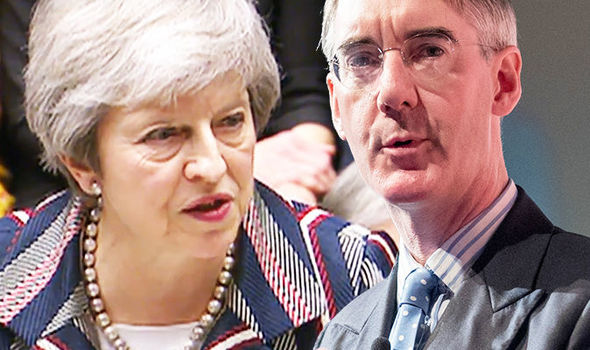 Brexit LIVE: Britain faces ‘SURRENDER to EU’ – May warned deal will NEVER get through 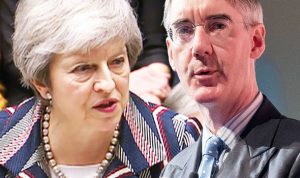 In a marathon debate in the House of Commons that saw the Prime Minister take questions from MPs on Brexit over two-and-a-half hours, Tory MP Mark Francois pleaded with her to change her approach. He warned the deal “will never get through” Parliament when the crunch meaningful vote takes place on December 11 as she faces growing opposition to the agreement she brought back from Brussels. Mr Francois said: “The Prime Minister and the whole House knows the mathematics – this will never get through, and even if it did, which it won’t, the DUP – on whom we rely for a majority – have said they would then review the confidence and supply agreement, so it’s as dead as a dodo.

“Prime Minister, I plead with you, the House of Commons has never, ever surrendered to anybody and it won’t start now.”

Theresa May replied: “The United Kingdom has not surrendered in those matters he has referred to.”

Former Attorney General Dominic Grieve urged her to be “completely transparent with the sort of problems” the UK will encounter – including over the Irish border.

During the Commons debate where she attempted to again defend her Brexit deal and rally MPs behind her and vote it through Parliament, the Prime Minister warned the UK could find itself “back to square one” if her Brexit deal is voted down in the Commons.

She maintained it is the best agreement currently available but rejecting it would open the door for “more division and uncertainty”.

Mrs May said: “This has required give and take on both sides but this deal honours the result of referendum.

“I can say with certainty there is not a better deal available.

“We can back this deal and deliver on the result of referendum and move onto building brighter future, or reject this deal and go back to square one.

“If this deal didn’t pass, it would open the door to more division and uncertainty and all risks that entails.