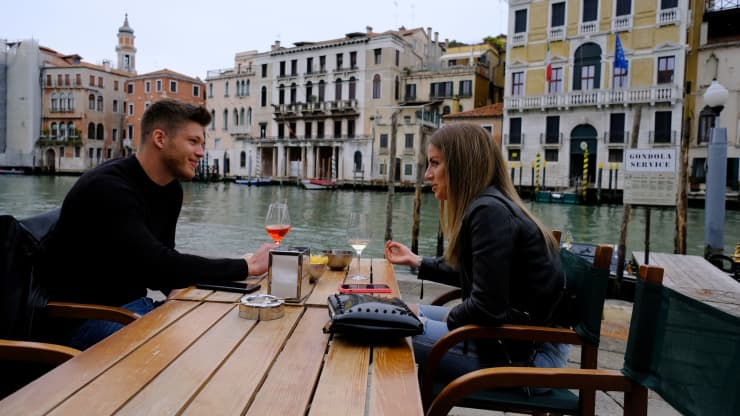 The World Health Organization is urging “extreme caution” against lifting public health measures in countries around the world as the Covid pandemic rages in countries with low vaccination rates and puts other regions at risk for the spread of variants.

Countries with high vaccination rates like the United States and the United Kingdom have been gradually lifting public health measures while other countries are battling their worst outbreaks since the beginning of the pandemic.

“We’re tracking this virus circulation all over the world and we are seeing sharp increases in far too many countries right now,” Maria Van Kerkhove, WHO’s Covid-19 technical lead said at a briefing Wednesday.

The European region saw a 33% increase in Covid cases in the last week, but high vaccination rates can give the perception that the pandemic is over, WHO officials said.

“This is not a flat curve, this is an increasing curve. Making assumptions that transmission will not increase because we’re opening up because of vaccines is a false assumption, transmission will increase when you open up,” said Dr. Mike Ryan, executive director of WHO’s Health Emergencies Program. “There are consequences.”

The delta variant that dominated the U.K. is now the dominant strain in the United States. The variant is more transmissible and could result in more severe disease, though more studies are needed to confirm that, WHO officials have previously said.

Ryan said he hopes we don’t see a return to overwhelmed hospitals and exhausted health workers in Europe as the virus is still evolving and changing. He warned that nations need to be “very, very careful” so that the gains they’ve made in combating the pandemic are sustained.

“The idea that everyone is protected and it’s Kumbaya and everything is back to normal I think right now is a very dangerous assumption anywhere in the world,” Ryan said.

There have been roughly 185 million confirmed cases of Covid across the globe and 4 million deaths so far, which WHO officials said is likely an undercount.

Some countries with high vaccination rates are planning to administer booster shots in the coming months, dropping mask mandates and “relaxing as though the pandemic is already over,” WHO Director-General Tedros Adhanom Ghebreyesus said.

Far too many countries are seeing spikes in cases and hospitalizations that’s leading to a shortage of oxygen and driving a “wave of death” in parts of Africa, Asia and Latin America, he said.

“Vaccine nationalism where a handful of nations have taken the lion’s share is morally indefensible and an ineffective public health strategy against a respiratory virus that’s mutating quickly and becoming increasingly effective at moving from human to human,” Tedros said.

He said variants are currently winning the race against vaccines due to inequitable distribution of the lifesaving shots. At this stage in the pandemic, there are still millions of health-care workers that haven’t been vaccinated, which Tedros said was abhorrent: “It doesn’t have to be this way going forward.”

Open a bank account, become a citizen, create an offshore company; all in Vanuatu.  It is so beautiful to visit there.  Now you will have an excuse.  Read all about how to do these things at https://tradeboard.biz.