Latest Articles
Home BUSINESS Bitcoin surged as much as 18% after a wild day that saw the cryptocurrency briefly drop below $30,000 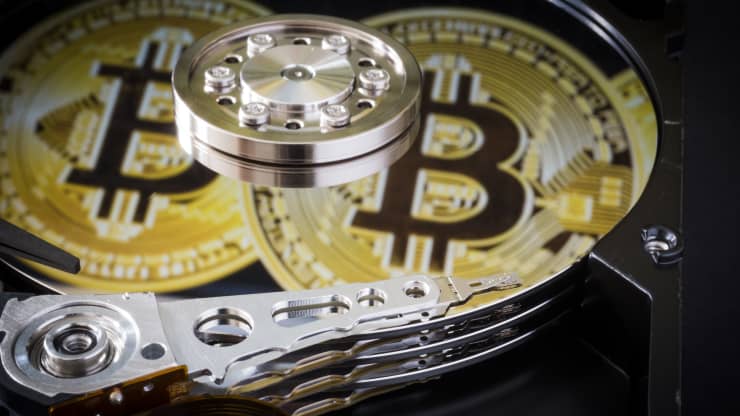 Bitcoin surged as much as 18% after a wild day that saw the cryptocurrency briefly drop below $30,000

Bitcoin continued to rebound from its lows for the year on Wednesday.

The cryptocurrency sank below the key $30,000 threshold Tuesday, at one point briefly erasing all its 2021 gains. It later recovered to turn positive for the day.

Smaller rivals also surged, with ether rising 6% to $2,014 and XRP up 9% at a price of 64 cents. The reason for the moves higher wasn’t clear, but cryptocurrencies are known for their volatility.

Bitcoin had a solid start to the year, rallying to an all-time high of almost $65,000 ahead of crypto exchange Coinbase’s blockbuster debut and as institutional investors appeared to be warming to it.

But the world’s biggest digital coin has been on a roller-coaster ride since, almost halving in value amid a slew of negative news.

In China, authorities have been clamping down on bitcoin mining, the power-intensive process for validating transactions and generating new bitcoins. Over the weekend, Beijing’s crackdown on crypto mining extended to the hydropower-rich Sichuan province.

Then, the People’s Bank of China on Monday said it had urged financial institutions including Alipay and major banks not to provide services related to cryptocurrency activities.

Investors have also become more concerned about bitcoin’s environmental impact, after Tesla CEO Elon Musk decided to stop accepting bitcoin as a method of payment for his company’s vehicles.

At the time, Musk said he was worried about bitcoin’s huge energy consumption and the “rapidly increasing use of fossil fuels” in mining the digital asset. However, he later said Tesla would accept bitcoin when at least half of bitcoin mining is confirmed to be powered by clean energy.

Critics of the cryptocurrency have long been wary of its impact on the environment. That could threaten the adoption of bitcoin by institutional investors, which are under growing pressure to invest in cleaner, more ethical assets.

Meanwhile, there have also been concerns about tether, a so-called stablecoin whose price is meant to be pegged to the U.S. dollar.

Tether is now the world’s third-largest digital currency with a market value of more than $60 billion. But some investors are worried tether’s issuer doesn’t have enough dollar reserves to justify its peg to the greenback.

Last month, the company behind tether broke down the reserves for its stablecoin, revealing that around 76% was backed by cash and cash equivalents — but just under 4% of that was actual cash, while about 65% was commercial paper, a form of short-term debt.

It comes after the New York attorney general’s office reached a settlement with Tether and Bitfinex, an affiliated digital currency exchange. The state’s top law enforcement official had accused the firms of moving hundreds of millions of dollars to cover up the loss of $850 million in commingled client and corporate funds. Tether and Bitfinex agreed to pay $18.5 million in the settlement and were barred from operating in New York state, however the companies didn’t admit to any wrongdoing.

Do you want to learn more about Vanuatu itself?  Its laws and policies and any applicable regulations (though there are few of those?)  We can help.  We are Trade Board Limited and can tell you all you need to know.  Go to https://tradeboard.biz.