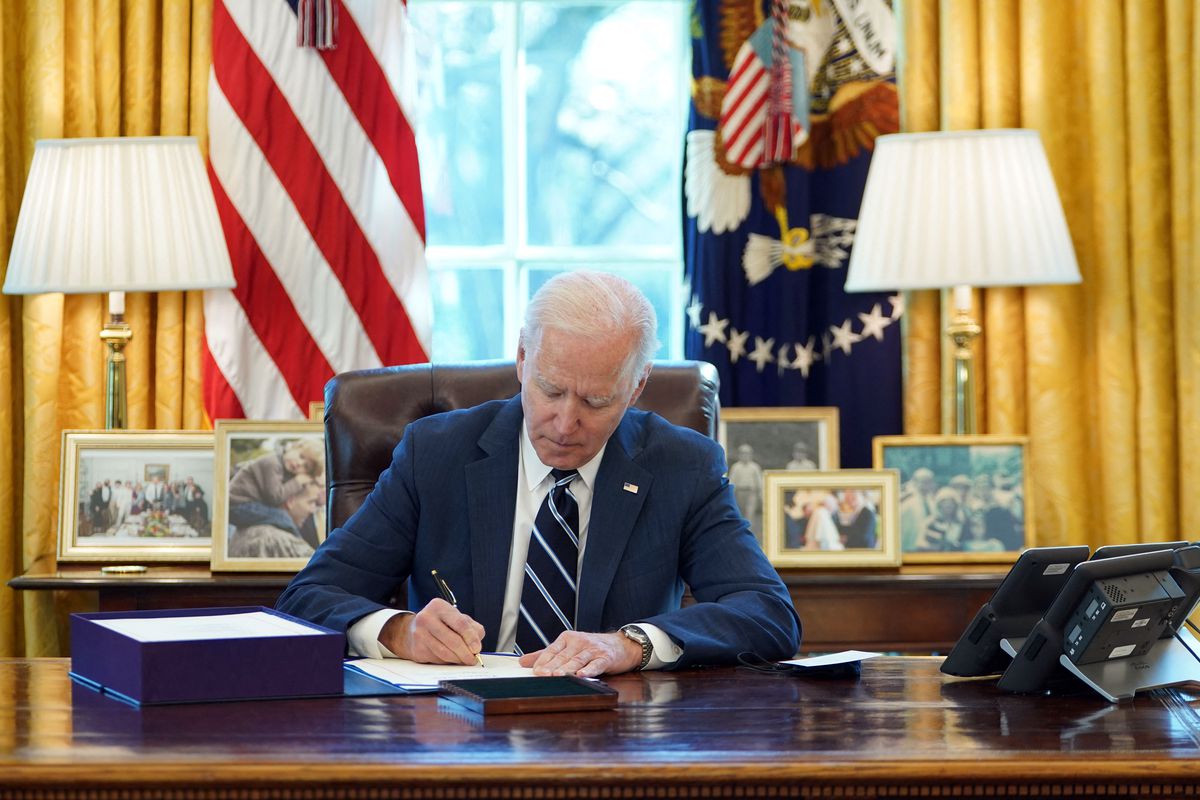 President Joe Biden signed an executive order on Wednesday that sets criteria for the government to evaluate the risk of apps connected to foreign adversaries, a move with implications for Chinese-owned sites like TikTok and WeChat.

Biden revoked and replaced the three executive orders by then-President Donald Trump that sought to ban transactions with TikTok and WeChat by American businesses. One of the orders also sought to ban TikTok, resulting in a prolonged court battle. TikTok remains available and popular in the U.S.

Biden’s new order will direct the Commerce Department to review apps tied to foreign adversaries and lays out what it should consider an “unacceptable risk,” according to a White House fact sheet. That includes criteria for evaluating transactions with software apps tied to a foreign adversary. While the Committee for Foreign Investment in the U.S., or CFIUS, reviews foreign mergers or investments, the order cites a previous measure by Trump which defines transactions broadly to include installation or transfer involving a communications tech service.

The order would consider transactions to involve a “heightened risk” when they involve apps owned, controlled or managed by people supporting foreign adversary military or intelligence service or when the apps collect sensitive personal data.

The order also directs the Commerce Department to work with other agencies to come up with recommendations to protect U.S. consumer data from foreign adversaries and requires the department to recommend further executive actions and legislation to address the risks.

Under the previous administration, TikTok remained in a precarious position as Trump sought to ban the app unless it sold to an American company. The standoff prompted Walmart and Microsoft to team up and court TikTok, though the company ultimately went with Oracle as its “trusted technology provider,” which fell far short of a full sale.

Biden’s ascendance to the White House threw a wrench in the deal and ongoing legal proceedings between TikTok and the government. In February, The Wall Street Journal reported that the Oracle deal had been “shelved indefinitely.” The Biden administration had asked the court to postpone action around the government dispute with TikTok over the ban as it reviewed the situation. White House press secretary Jen Psaki said at the time that a CFIUS review of TikTok was ongoing.

A TikTok spokesperson declined to comment. Representatives from WeChat owner Tencent did not respond to a CNBC request for comment.

Do you want to learn more about Vanuatu itself?  Its laws and policies and any applicable regulations (though there are few of those?)  We can help.  We are Trade Board Limited and can tell you all you need to know.  Go to https://tradeboard.biz.