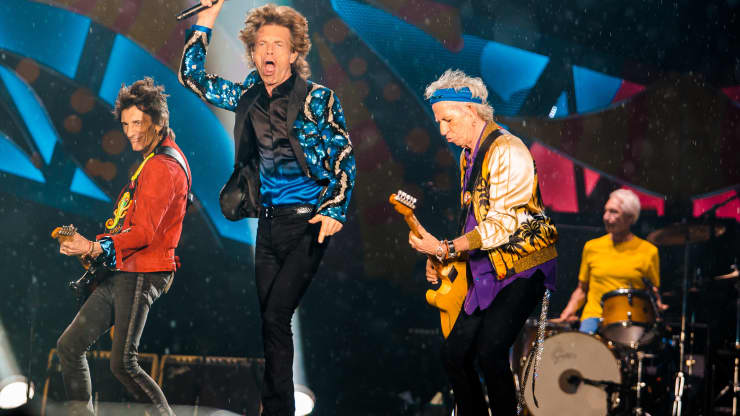 LONDON — Some of the biggest names in the music industry have called on the U.K. government to change the way musicians get paid when their songs are streamed online over platforms like Spotify and Apple Music.

The Rolling Stones and Tom Jones are among 75 artists who have added their names to a letter to Prime Minister Boris Johnson, urging him to change the law regarding the royalties paid from streaming.

“Streaming is quickly replacing radio as our main means of music communication. However, the law has not kept up with the pace of technological change and, as a result, performers and songwriters do not enjoy the same protections as they do in radio,” the letter reads.

The campaigners — led by the Musicians’ Union, Music Producers Guild, Ivors Academy and the #BrokenRecord initiative — argue that songwriters are struggling as a result of the “extraordinary power” being wielded by multinational corporations.

The tech giants that operate and make billions of pounds in revenue from the streaming platforms currently dictate how much artists and their record labels get paid when their users stream songs.

But the campaigners want the U.K. government to amend the 1988 Copyright Act so that streaming services pay artists roughly the same as radio stations do. They’re basically asking for a clause in the act to be rewritten so that equitable remuneration — a figure that is owed to artists whenever a sound recording of their performance is broadcast to the public — would apply to streaming.

“Songwriters earn 50% of radio revenues, but only 15% in streaming,” the letter reads. “We believe that in a truly free market the song will achieve greater value.”

The U.K.’s Department of Culture, Media and Sport has been investigating how music streaming revenues are distributed and whether this is done in a fair manner. Mercury Prize nominee Nadine Shah said she was forced to move back in with her parents because she couldn’t support herself financially on the money she made from streaming.

Apple, Amazon, Google and Spotify did not immediately respond to CNBC’s request for comment.

Are you already an investor in Vanuatu?  Do you need help with those pesky tasks that pile up?  Registration procedures done at https://tradeboard.biz.  Inquire with Trade Board Limited.