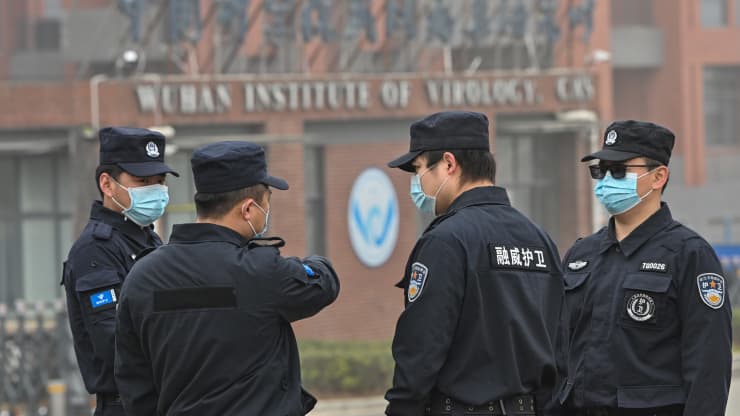 Posted By: Editorial Teamon: May 27, 2021In: POLITICSNo Comments
Print Email

President Joe Biden announced Wednesday that he has ordered a closer intelligence review of what he said were two equally plausible scenarios of the origins of the Covid-19 pandemic.

Biden revealed that earlier this year he tasked the intelligence community with preparing “a report on their most up-to-date analysis of the origins of Covid-19, including whether it emerged from human contact with an infected animal or from a laboratory accident.”

“As of today, the U.S. Intelligence Community has ‘coalesced around two likely scenarios’ but has not reached a definitive conclusion on this question,” Biden said in a statement.

“Here is their current position: ’while two elements in the IC leans toward the [human contact] scenario and one leans more toward the [lab leak scenario] – each with low or moderate confidence – the majority of elements do not believe there is sufficient information to assess one to be more likely than the other,” Biden said.

Biden’s statement mirrors the unique way that the intelligence community presents its findings to sitting presidents. This includes explaining when different agencies within the community disagree, and using a scale, low-moderate-high, to quantify the level of confidence analysts have in the accuracy of their assessments.

“I have now asked the intelligence community to redouble their efforts to collect and analyze information that could bring us closer to a definitive conclusion, and to report back to me in 90 days,” said Biden.

White House principal deputy press secretary Karine Jean-Pierre would not commit to publicly releasing the findings of a future report.

Biden issued this new directive as the origins of the coronavirus pandemic, still officially unknown, come under increased scrutiny.

The hypothesis that the virus may have escaped from a Chinese laboratory, while initially dismissed by some as a conspiracy theory, has in recent months gained more mainstream traction.

Centers for Disease Control and Prevention director Dr. Rochelle Walensky recently said in Senate testimony that a lab-leak origin “certainly” was “one possibility.”

The CDC’s website currently says that while the exact source of the outbreak is unknown, “we know that it originally came from an animal, likely a bat.”

Covid-19 was discovered near the city of Wuhan in China’s Hubei province. The Wuhan Institute of Virology, which has studied coronaviruses in the past, is at the center of the turmoil about the origins of the deadly pandemic, which has killed almost 3.5 million people.

The scrutiny on that lab ramped up this week when The Wall Street Journal reported that three researchers there had been sick with Covid-like symptoms in November 2019, shortly before the first cases of the virus were reported. The newspaper cited a previously undisclosed U.S. intelligence report.

“Nothing has changed,” she told reporters at the daily press briefing. “This is just a continuation of what the president has been focused on.”

So far, U.S. efforts to determine the true origins of the pandemic have been met with resistance by the Chinese government, which has limited outside access to the Wuhan lab and refused to share a log of the scientists’ activities.

White House officials say that China has not been “completely transparent” in the global investigation into the source of Covid-19, and that a full investigation is needed to determine whether the virus came from nature or a lab.

“We need to get to the bottom of this, whatever the answer may be,” White House senior Covid advisor Andy Slavitt said this week. “We need a completely transparent process from China, we need the WHO to assist in that matter, and we don’t feel like we have that now.”

The possibility that the Covid pandemic began with a lab leak has been dismissed by the WHO, which said in a March report that it was “extremely unlikely” that the virus was introduced to humans this way.

But that report was heavily criticized by scientists who said the WHO gave the possibility of a lab accident short shrift compared with a natural-origin scenario.

“The report lacks crucial data, information, and access. It represents a partial and incomplete picture,” White House press secretary Jen Psaki said at the time when asked about WHO’s stance on Covid’s origins.

The Office of the Director of National Intelligence, which leads the nation’s 18 intelligence agencies, did not respond Wednesday to CNBC’s request for comment.

The Chinese Embassy in Washington did not respond to CNBC’s request for comment.