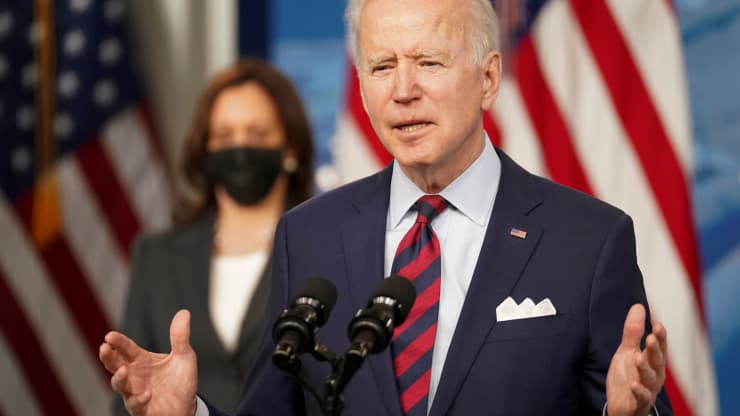 The White House on Friday stressed that its effort to institute a global minimum corporate tax is a top priority for President Joe Biden and represents more than merely a talking point for the globe’s economists.

Daleep Singh, who serves as both a deputy national security advisor and as a deputy National Economic Council director, told CNBC that the effort to persuade allies to adopt a minimum tax is motivated by both economic and national security factors.

“It’s not just a tax issue. It’s about: How do we fund initiatives that we think are central to our domestic renewal?” he said.

Singh explained that unifying the Organization for Economic Cooperation and Development behind the minimum tax would afford all members a chance to compete solely on their ability to foster innovation and the ingenuity of their respective workforces.

The U.S. Treasury Department has taken the lead in trying to persuade contemporary nations to adopt a global minimum tax. The department unveiled its 15% target on Thursday, and said that it was encouraged by early conversations with foreign officials in the past week.

“Our national security strategy is predicated on domestic renewal. So, the kind of challenges I was describing earlier — the inequality that we observe, the enormous importance of addressing an existential climate crisis, people dropping out of the workforce — the government has to play a more active role in addressing those challenges.”

Treasury was quick to note that the 15% proposal, below where some had forecast, should be thought of as a sort-of floor and that subsequent talks could eventually push it higher.

As head of the department, Secretary Janet Yellen has repeatedly stressed the importance of stopping an international “race to the bottom” on global corporate tax rates. If a coalition of countries agree to the 15% rate, it could help governments raise revenues and prevent certain jurisdictions from monopolizing the market for incorporation.

Countries with lower corporate rates, like Ireland and its 12.5% rate, have historically expressed doubts about efforts to drum up support for a unified approach. Even a few defectors to the plan could jeopardize the initiative by setting lower rates and effectively inviting companies to relocate there.

The average top corporate rate among OECD countries is 23.5%, according to a 2020 Tax Foundation study.

Still, those in favor of a global minimum argue that some countries, via various tax breaks and incentives, routinely lure corporations with far-looser taxation schemes.

Asked how the administration plans to persuade low-tax countries to agree to Washington’s plans, Singh said he and his colleagues are stressing the importance of a level playing field in terms of tax policy.

“We are very clear: Companies have been competing for too long on the basis of [countries’] tax rates. That’s a destructive race to the bottom that leaves everyone worse off. Especially workers, who are generating an ever-growing share of our tax revenues,” he said.

“So our proposal is to agree on a minimum tax rate for corporations across the world. And then, we compete on our ability to innovate, on the dynamism of our workforce, and our technological edge,” Singh added.

That may be why the Biden administration has opted for a flexible benchmark: Low enough not to spook skeptical countries, but open to edits down the road.

The rate “matches the minimum tax for highly profitable companies the Biden Administration is proposing, so 15% is in line with where Biden believes the lowest level of the corporate taxes, when all deductions are fully accounted for,” Raymond James analyst Ed Mills told CNBC in an email Thursday evening.

“This is lower than the 19% President Obama proposed and recognizes that even 15% will be a heavy lift,” he added.

The Biden administration is in the middle of fierce negations at home, specifically for two massive pieces of legislation that would fundamentally reshape parts of the U.S. economy.

Its parallel proposal, the American Families Plan, would earmark $1.8 trillion to funding for social programs that include paid family leave and free community college.

The White House hopes to fund much of that spending through its Made In America tax plan, a sweeping revision of the tax code that seeks to expand the IRS in order to crack down on tax evasion, end the stepped-up basis to assess inherited capital gains, and institute the global minimum tax.

The Biden team has also proposed raising the U.S. corporate rate to somewhere between 25% and 28%. He wants households that make over $1 million per year to pay more on capital gains and to end the carried-interest loophole.