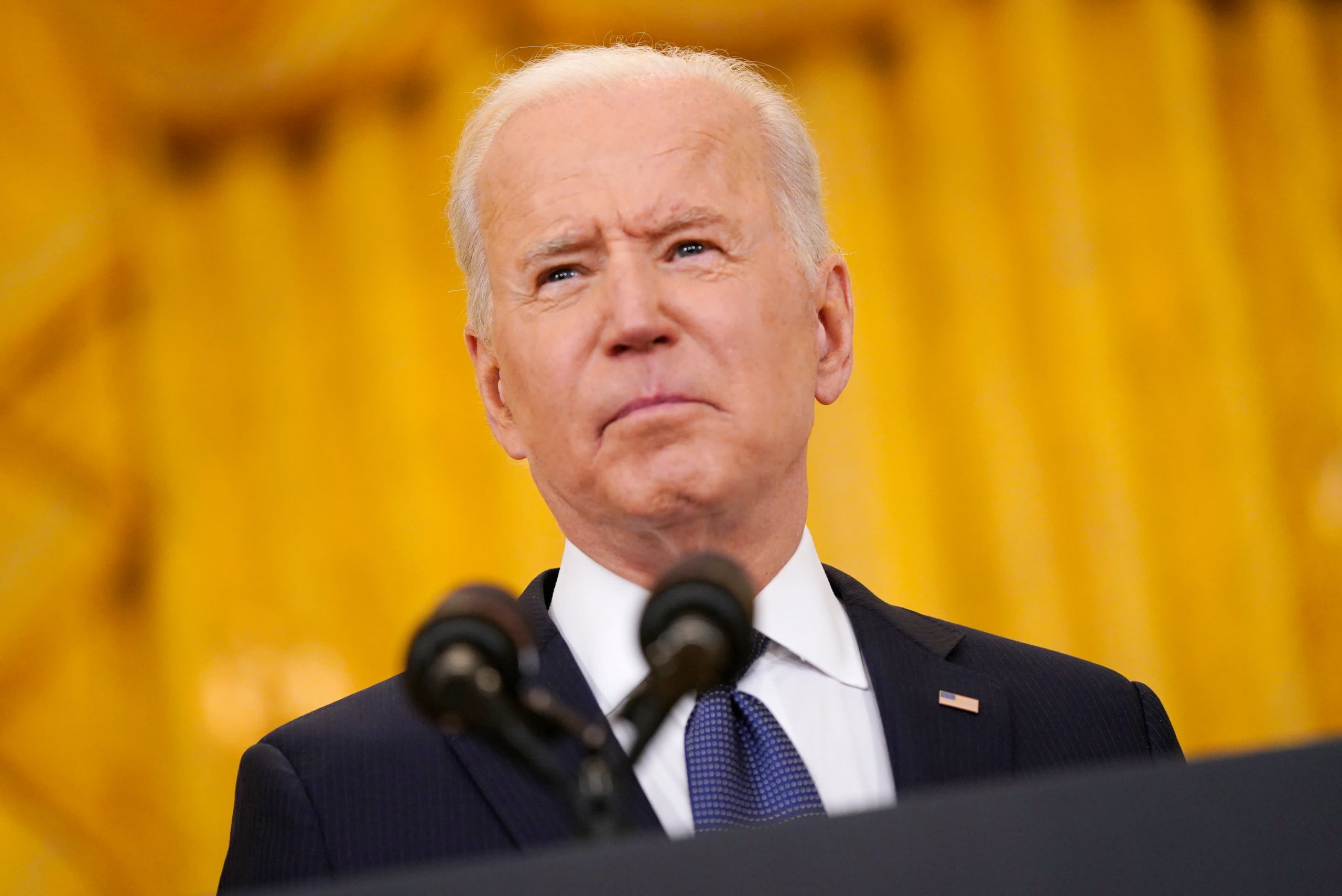 WASHINGTON – President Joe Biden on Wednesday said he anticipates good news “in the next 24 hours” on the ongoing Colonial Pipeline cyber attack that has disabled fuel deliveries up and down the East Coast in recent days.

“We have been in very, very close contact with Colonial Pipeline, which is the one area you’re talking about – one of the reasons gasoline prices are going up,” Biden said at an event Wednesday afternoon.

“I think you’re going to hear some good news in next 24 hours. And I think we’ll be getting that under control.”

The remarks came as Americans in the Southeast and Mid-Atlantic faced fuel shortages at the pump starting late Monday, which showed little sign of abating by Wednesday afternoon. Panic buying in some states was exacerbating the supply chain issues.

“I have in the meantime made it easier for us to have lifted some of the restrictions on the transportation of fuel, as well as access to the United States military providing fuel, and with vehicles to get it there, places where it’s badly needed,” said Biden.

The latest moves by the Biden administration represent what the White House says is a large-scale government mobilization to respond to the crisis, which began when Colonial informed federal agencies on Friday that it had been the target of a ransomware attack.

The administration said Tuesday it would direct a “comprehensive federal response” aimed at restoring and securing U.S. energy supply chains.

The assault forced the company to shut down approximately 5,500 miles of pipeline, leading to a disruption of nearly half of the nation’s East Coast fuel supply.

The attack on Colonial Pipeline has been traced back to a hacker group called the DarkSide, an organized group of hackers set up along the “ransomware as a service” business model. This means the DarkSide hackers develop and market ransomware hacking tools, and sell them to other criminals who then carry out attacks.

DarkSide is believed to operate out of Russia, but the White House has said it has no evidence so far that the attack was state-sponsored or directed by the Kremlin.

Questions remain around precisely how Colonial Pipeline is resolving the attack, including whether Colonial has paid the ransom that hackers typically demand in these scenarios.

White House press secretary Jen Psaki on Wednesday refused to answer specific questions about how Colonial Pipeline and the Biden administration are collaborating, but said the company and the relevant agencies are in close cooperation.

The Department of Energy is leading the federal government response in coordination with the FBI, Department of Homeland Security and Department of Defense. A spokeswoman for FireEye Mandiant confirmed to CNBC that the U.S. cybersecurity firm was working with Colonial Pipeline after the incident.

The national average for a gallon of unleaded gasoline jumped to $2.985 Tuesday, an increase of 6 cents in the past week, according to AAA.

Regionally, however, the price increases were sharper, AAA found. In South Carolina, for instance, gasoline prices were up more than 6 cents since Monday and 13 cents in the past week. In Georgia, drivers were paying $2.87 per gallon Tuesday, an increase of of more than 10 cents in just one day and 17 cents in a week.

A rise of 3 more cents per gallon would put the average U.S. selling price at the highest level since November 2014.

“We are seeing the full fledged panic at the moment in some of the places I suspected we might see it,” said Tom Kloza, head of global energy analysis at OPIS. “There aren’t enough drivers to take trucks from terminals that have gasoline to stations. We are seeing a lot of stations running out. Georgia seems to be ground zero.”

Kloza said he expects gasoline prices to rise, but not spike wildly higher. The bigger issue is that gasoline will be in short supply in the region, since it takes time to replace once the pipeline is switched on and outages could continue.

Gasoline in the pipeline travels at just 5 miles per hour.