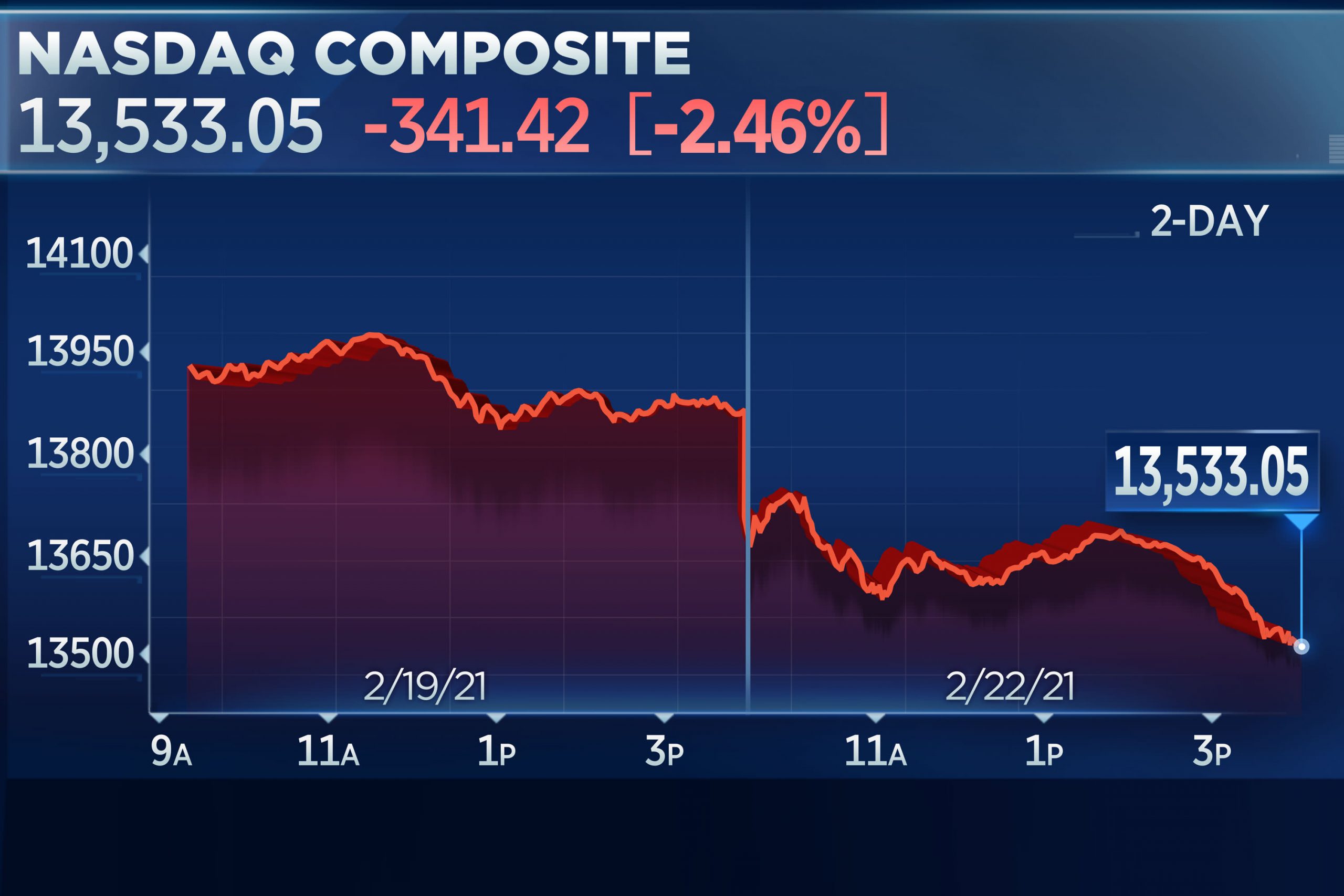 The Nasdaq Composite dropped 2.3% as Amazon and Apple lost more than 2% each. Facebook and Netflix both dropped over 3%. Tesla shed more than 6%. The Dow Jones Industrial Average cut gains rapidly in final minutes of Monday’s session after climbing more than 300 points to another record high. The S&P 500 dipped 0.5%.

Tech stocks pulled back from Friday’s big gains. Alphabet dipped more than 2% after a downgrade by Citigroup. Cathie Wood’s Ark Innovation ETF fell more than 4% to its lowest level since November.

“The tech price action is especially frustrating for many as the thought was Friday would elicit a more sustainable rebound in the space,” Adam Crisafulli, founder of Vital Knowledge, said in a note. “Instead, the group is seeing aggressive selling and accumulating technical damage as prices breach key levels.”

Technology stocks rallied on Friday after a far-weaker-than-expected April jobs report eased concerns about a policy change from the Federal Reserve. Tech stocks have been winning under the low-rates regime during the pandemic.

Investors bid up shares that stand to benefit the most from the economic recovery, including energy, financials and industrials.

Shares of energy stocks gained including Marathon Oil, Occidental Petroleum and Devon Energy. Chevron was up 1.7%. Exxon was also higher.

Transportation stocks are widely viewed as a barometer of global economic activity. The rebound in these shares signals an accelerating recovery from the pandemic.

Gasoline futures experienced volatile trading after a ransomware attack forced the closure of the largest U.S. fuel pipeline over the weekend. Colonial Pipeline, which operates a 5,500-mile system, said Monday afternoon that parts of its system are being brought back online, and it hopes to restore service by the end of the week.