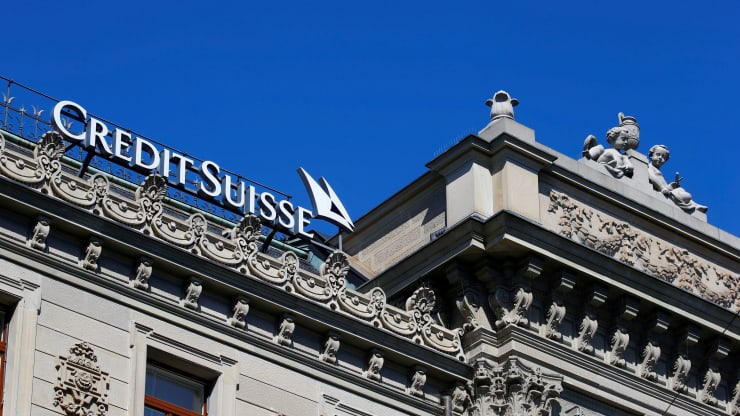 Following the booming profit beats of its Wall Street rivals, Credit Suisse is expected to report a significant loss on Thursday as it navigates the fallout from two high-profile crises.

The Swiss lender announced earlier this month that it took a $4.7 billion hit from the meltdown of U.S. family hedge fund Archegos Capital and now expects a pre-tax loss of around 900 million Swiss francs ($960.4 million) for the first quarter.

The Archegos saga led to the departure of the bank’s investment bank CEO and chief risk and compliance officer, and was preceded by a separate shakeup in the asset management division in the wake of the collapse of British supply chain finance firm Greensill Capital. Credit Suisse ran $10 billion in funds tied to Greensill.

Several U.S. banks which also served as prime brokers to Archegos managed to exit their trading positions after the hedge fund failed to meet margin calls, and have since produced some eye-catching first-quarter profit beats.

Goldman Sachs reported an almost six-fold increase in net income while Morgan Stanley’s profit jumped by 150%, despite it taking a $911 million loss from Archegos.

Credit Suisse has pointed out that aside from the Archegos and Greensill sagas, it was on course for its strongest underlying quarter for a decade in terms of financial performance.

However, investors will be looking for answers from the bank as to the extent of its exposure to Archegos and Greensill and whether further hits can be expected in the second quarter.

Questions ‘unlikely’ to be answered

“Investors are unlikely to have all their questions answered at this stage, in particular with respect to Greensill risks, where the group has been providing periodic updates,” Amit Goel, co-head of European banks equity research at Barclays, told CNBC on Wednesday.

“For Archegos the group may give more color if all the exposure has been exited, but if this isn’t the case they may not disclose the residual positions/risk.”

A little more detail can be expected on the steps management is taking to address risk management issues within the bank, Goel suggested, including the personnel changes made amid overhauls of the investment banking and asset management businesses in recent weeks.

The bank has launched two independent investigations into both its investment banking and asset management operations in the wake of the Archegos and Greensill sagas, but possible backlash from Swiss regulator FINMA will also be on the radar for investors, according to Morningstar European Banks Equity Analyst Johann Scholtz.

Scholtz also said he would be looking for evidence that “clear and tangible steps have been taken to improve risk management” and an “indication of what the long-term impact on revenue could be from a recalibration of risk appetite.”

“I anticipate that CS will try and steer the conversation more towards the good underlying performance of the business,” he added.

The Financial Times reported last week, citing sources familiar with the bank’s operations, that Credit Suisse had made cuts to bonus pool accruals and other one-off booked items, a move some analysts fear may disenfranchise employees.

“On the risk of further franchise impact, we and investors will be looking to see if the group has taken steps to support earnings and capital in the quarter, which could have a negative impact in the future,” Goel said.

“For example, broad cuts to compensation across the IB (investment bank), which appears to be factored into the sell side analyst consensus, evidenced by a much lower cost:income ratio for (the first quarter of 2021) in the IB than in prior periods.”