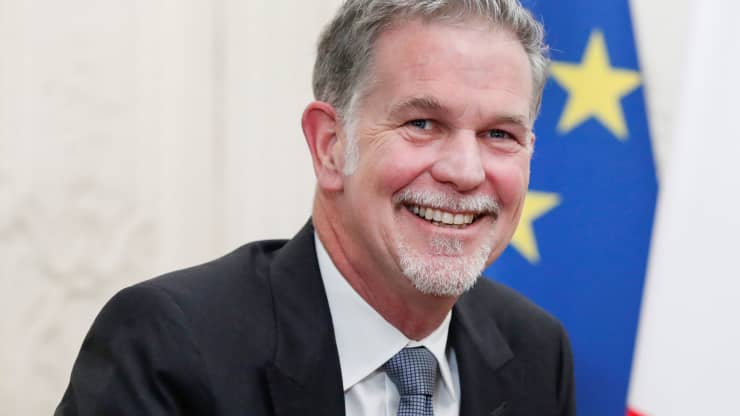 The purported plot of the streaming wars goes as follows: Sick of losing customers and relative market value to Netflix, big media transitioned their aging television-focused businesses to focus on subscription streaming services instead.

There’s no exact starting date for these “wars,” but on Nov. 12, 2019, Disney launched Disney+, kicking off traditional media’s assault on Netflix.

So who’s been the big winner from all of this new competition?

Since the day Disney+ launched, Netflix shares have risen more than 87%. That dwarfs gains by every other media company during the same time period.

Netflix is scheduled to report first-quarter earnings on Tuesday after the close of trading. Analysts expect earnings of $2.97 per share, up 89% from last year, on revenue of $7.13 billion, up 24%.

Netflix is the foundation

The jump in market value goes hand in hand with eye-popping subscriber additions during the coronavirus pandemic. In the first half of 2020, Netflix added 37 million new global customers. That was a record gain for the company, whose previous annual high was 28.6 million in 2018.

A plurality of Americans believe Netflix has the best original content among streaming services, according to a recent Morgan Stanley survey. Thirty-eight percent of survey respondents chose it as No. 1 among streamers — far surpassing No. 2 Amazon Prime Video at 12%.

While the streaming wars give consumers more alternatives to Netflix, they also cement Reed Hastings’ company as an anchor product in many U.S. households. If streaming video is now — or soon will be — the centerpiece of home entertainment, supplanting cable TV, Netflix will almost certainly be a part of a typical household’s content diet.

Netflix outspends all other streaming services on content and already has more than 200 million global subscribers. Having that kind of global reach is a huge selling point to creators who have a growing list of distribution partners.

“Our strategy is simple: if we can continue to improve Netflix every day to better delight our members, we can be their first choice for streaming entertainment,” Netflix wrote in its January shareholder letter. “This past year is a testament to this approach. Disney+ had a massive first year (87 million paid subscribers!) and we recorded the biggest year of paid membership growth in our history.”

The streaming wars have fostered plenty of new competition for Netflix. But the bigger shift has been more existential — ushering in streaming video as the dominant form of television as cable TV’s importance slowly fades away.

The consequence of that shift is consumers want Netflix more than ever.