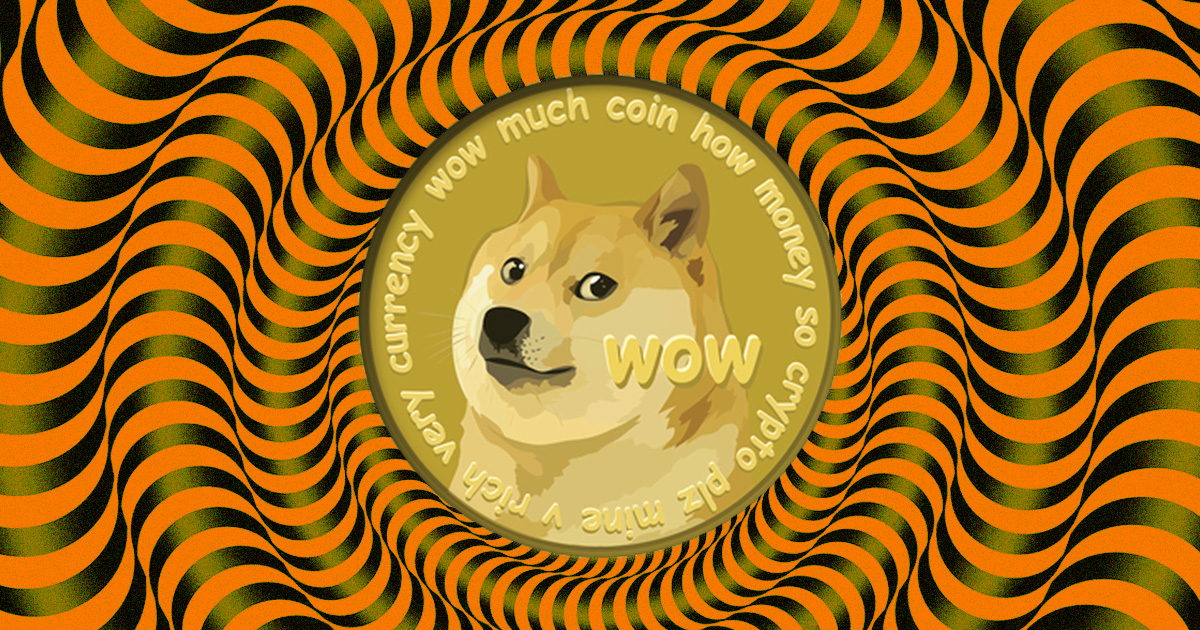 Dogecoin spikes 400% in a week, stoking fears of a cryptocurrency bubble

Dogecoin started out as a joke. Now it’s a top 10 digital currency worth $40 billion.

The cryptocurrency is based on the “Doge” meme, which rose to popularity in late 2013. The meme portrays a Shiba Inu dog alongside nonsensical phrases in multicolored, Comic Sans-font text.

Created in 2013 by software engineers Billy Markus and Jackson Palmer, dogecoin was intended to be used as a faster but “fun” alternative to bitcoin. It has since found a growing community online.

And now, defying all odds, dogecoin has a total market value of more than $40 billion, according to crypto market data site CoinGecko, adding over $20 billion in the last 24 hours. The digital token reached an all-time high of 32 cents Friday morning, more than doubling in price from a day ago.

‘I just became a Dogecoin millionaire’

It’s not the first time dogecoin has seen a wild climb. Like many cryptocurrencies, it has a tendency for volatile swings in price. In 2018, dogecoin’s price began rising in tandem with other popular digital currencies. It’s been fairly off the radar since then. But earlier this year, dogecoin skyrocketed on the back of enthusiasm from a Reddit group called SatoshiStreetBets.

Similar to the subreddit WallStreetBets, which helped fuel a rally in GameStop shares at the start of 2021, SatoshiStreetBets aims to pump up the prices of cryptocurrencies.

Dogecoin has been climbing again in the past week, hitting 10 cents a coin for the first time on Wednesday. It’s risen by a whopping 400% in the last seven days.

On Friday, a Reddit user posted a picture of their dogecoin holdings on the Robinhood investing app.

Why is dogecoin rallying?

For one, there’s the Coinbase listing. The most popular U.S. virtual currency exchange went public on Wednesday, briefly hitting a $100 billion market cap in a landmark moment for cryptocurrencies.

Theexcitement around Coinbase’s debut led to a surge in the prices of bitcoin and ether. Bitcoin hit a record high of more than $64,000 on Thursday, while ether briefly topped $2,500 for the first time Friday morning. Dogecoin has been no exception to the frenzied interest in these digital assets.

Dogecoin has attracted a following among users of Robinhood. On Thursday, the U.S. online brokerage said there was a “major outage” in its crypto trading feature after facing “unprecedented demand.” The feature is now back online, Robinhood said.

Some reports have attributed the latest dogecoin rally to support for the meme-based token from Tesla CEO Elon Musk. He has made several tweets about dogecoin, which in turn has helped push up its price.

On Thursday, Musk posted a cryptic tweet saying “Doge Barking at the Moon,” likely in reference to the popular crypto slang phrase “to the moon.”

The billionaire has called dogecoin his “fav” cryptocurrency and “the people’s crypto.” Musk has also come out as a supporter of bitcoin, with his electric car company buying $1.5 billion worth of the cryptocurrency earlier this year.

But his tweets have worried some investors, given their apparent ability to move markets. Some bitcoin investors, for instance, have sounded the alarm about Musk’s dogecoin tweets. Nic Carter, co-founder of Castle Island Ventures, warned retail investors “are going to lose money on dogecoin,” calling it a “vehicle for speculation.”

Dogecoin’s skyrocketing price has led to worries of a potential bubble in the cryptocurrency market. Some investors already view bitcoin as a speculative bubble — the world’s most popular digital coin has more than doubled since the start of 2021.

“People are buying the cryptocurrency, not because they think it has any meaningful value, but because they hope others will pile in, push the price up, and then they can sell off and make a quick buck.”

But, Kimberley added, “when everyone is doing this, the bubble eventually has to burst and you’re going to be left shortchanged if you don’t get out in time. And it’s almost impossible to say when that’s going to happen.”

“This is doubly the case in the crypto markets where a small group of players often hold a huge chunk of the total number of ‘coins’ in circulation. That means it only takes one person to dump all their holdings for the entire market to tank.”