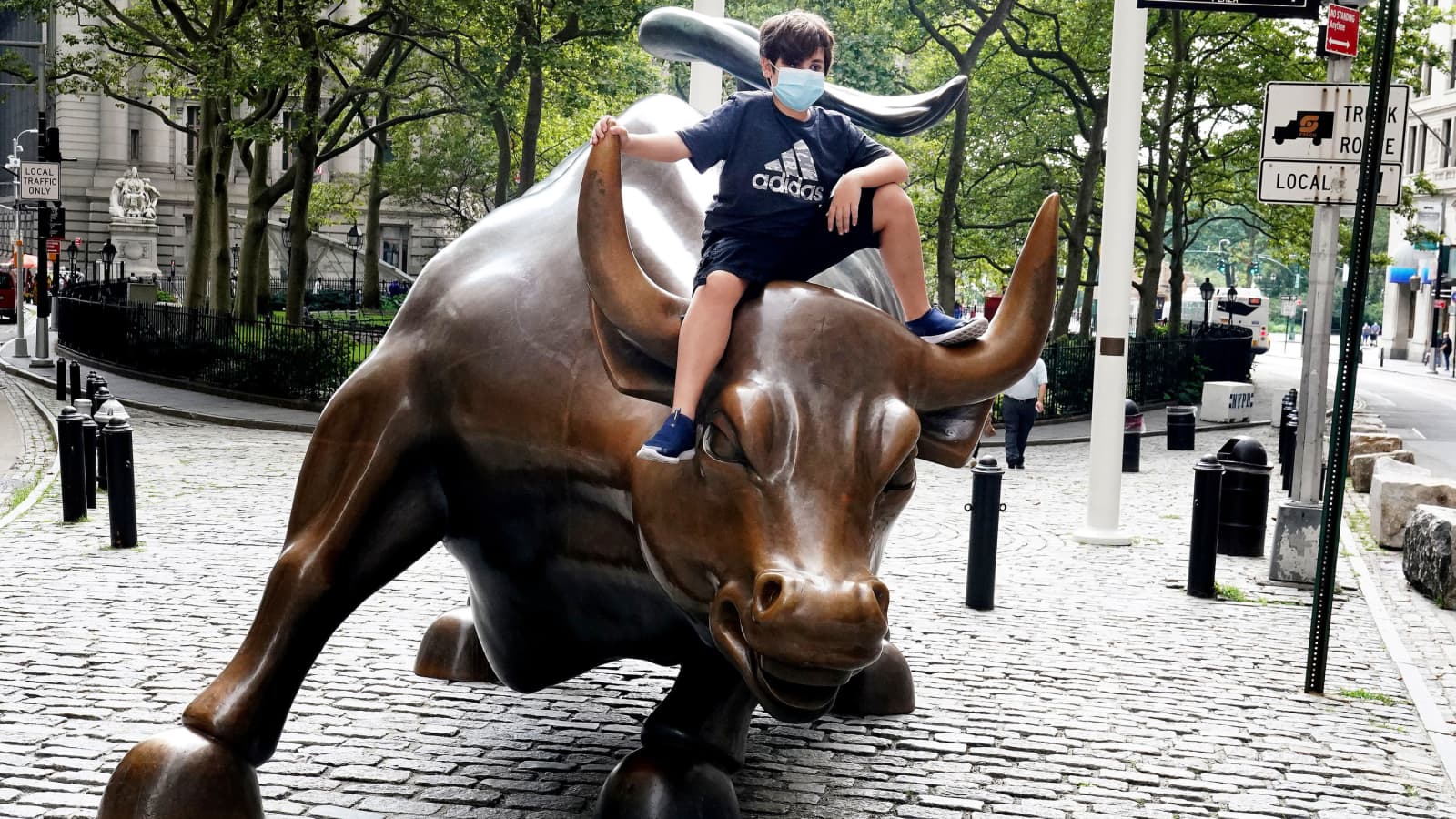 U.S. stocks climbed to record levels on Thursday after key companies reported strong earnings and fresh economic data pointed to a rebound in consumer spending and the jobs market.

The Dow Jones Industrial Average rose 300 points to hit an all-time high, topping 34,000 for the first time ever. The S&P 500 gained 1.1%, also reaching an intraday record. The Nasdaq Composite advanced 1.3%.

A separate report on Thursday showed that first-time filings for unemployment insurance dropped to the lowest level since March 2020. The Labor Department reported 576,000 new jobless claims for the week ended April 10. Economists polled by Dow Jones expected a total of 710,000.

“Although 34,000 by itself is just another number, this is a monumental feat when you think back to where we were last year at this time,” said Ryan Detrick, chief market strategist at LPL Financial. “The speed and resiliency of this economic recovery is unlike anything we’ve ever seen and it helps to justify stocks at all-time highs.”

Shares of UnitedHealth, a Dow member, gained 4% after results topped the Street’s forecasts and the health insurer raised guidance for 2021.

The market has been grinding higher to reach new records in recent sessions amid the economic reopening and trillions of dollars in stimulus. The S&P 500 has gained nearly 10% in 2021 with energy and financials up the most year to date.

“I am incredibly bullish on the markets, and you are right to be worried about our deficits,” Larry Fink, BlackRock CEO, said in an interview on “Squawk Box.” “If we don’t have economic growth that is sustainable over the next 10 years — our deficits are going to matter and they are going to elevate interest rates … I believe because of monetary stimulus, fiscal stimulus, cash on the sidelines, earnings, markets are okay. Markets are going to continue to be stronger.”

Bank of America shares rose as earnings last quarter blew past the Street on booming trading and investment banking results as well the release of loan-loss reserves. The shares dipped 2%, however.

Newly public crypto exchange Coinbase gained 1.7% in volatile trading after it was revealed Ark Invest’s Cathie Wood loaded up on the first day of trading.

On Tuesday, the Food and Drug Administration called for a pause in administering J&J’s Covid-19 vaccine after six people in the U.S. developed a rare disorder involving blood clots. The announcement triggered a sell-off in reopening plays earlier in the week, but is not expected to have a material impact on the pace of the U.S. vaccine rollout.