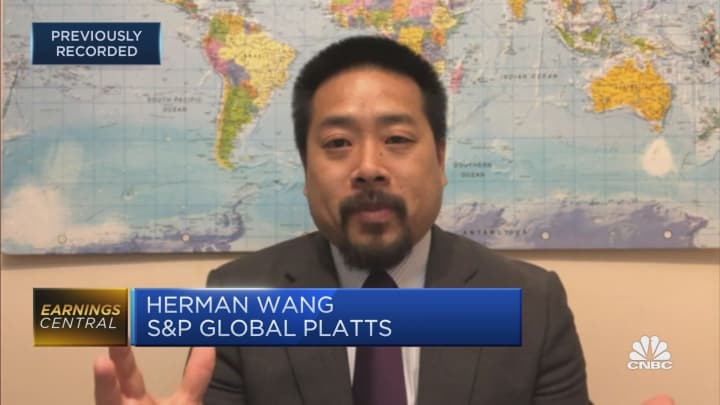 LONDON — Algeria, Chad, Iraq and Nigeria will be among the first countries to experience political instability as oil producers feel the effects of a transition to low carbon energy production, according to a new report from risk consultancy Verisk Maplecroft.

In its 2021 Political Risk Outlook, published Thursday, the firm cautioned that countries that had failed to diversify their economies away from fossil fuel exports faced a “slow-motion wave of political instability.”

With the move away from fossil fuels set to accelerate over the next three to 20 years, and the Covid-19 pandemic eating into short-term gains gains in oil export revenues made in recent years, Maplecroft warned that oil-dependent countries failing to adapt risk sharp changes in credit risk, policy and regulation.

Though some countries are increasing fossil fuel investment in the short term, consensus estimates indicate that “peak oil” will be reached in 2030, after which the transition toward a low carbon economy will gather steam and force oil-producing countries to adapt their revenue streams.

Since the oil price crash of 2014, most exporters have either stagnated or reversed efforts to diversify their economies, Maplecroft data highlighted, with many doubling down on production in the ensuing years in a bid to plug revenue holes.

“Despite this, the majority took a hit on their foreign exchange reserves anyway, including Saudi Arabia, which has burnt through almost half of its 2014 dollar stockpile,” the report added.

Break-even costs, the capacity to diversify and political resilience were identified as the three key factors determining the severity of the impact on stability when the expected energy transition begins to bite.

“Currently, if countries’ external break-evens – the oil prices they need to pay for their imports – remain above what markets can offer, they have limited choices: draw down foreign exchange reserves like Saudi Arabia since 2014, or devalue their currency like Nigeria or Iraq in 2020, effectively rebalancing their imports and exports at the expense of living standards,” the report explained.

Nigeria, Africa’s largest economy, relies on crude sales for around 90% of its foreign exchange earnings and has devalued its naira currency twice since March last year. The IMF last month urged the country’s central bank to devalue once again, but met with resistance.

Verisk Maplecroft researchers suggested that recent currency devaluations were a “harbinger of the bleak options” ahead for oil-producing countries, who will have to either diversify or face forced economic adjustments.

“Many, if not a majority, of net oil producers are going to struggle with diversification largely because they lack the economic and legal institutions, infrastructure and human capital needed,” said Head of Market Risk James Lockhart Smith.

“Even when such institutions are in place, the political environment, corruption or governance challenges and entrenched interests mean some may not reform their way out of trouble, even where it is the rational course.”

The most vulnerable countries are higher-cost producers that are heavily dependent on oil for revenues, have lower capacity to diversify and are less politically stable, the report said, identifying Nigeria, Algeria, Chad and Iraq as the first to be hit “if the storm breaks” due to their fixed or crawling exchange rates.

Lower-cost Gulf producers with stronger economic institutions and resources that enable easier diversification, such as the UAE and Qatar, were seen as least susceptible to political upheaval. However, Lockhart Smith suggested that even they will not emerge unscathed.

“Authoritarian political stability is anything but stable over the long term and, as lower-for-longer oil prices cut into social spending, additional pressure will pile on these deceptively fragile political systems,” he said.

“Even diversification could come with its own political risks by challenging traditional petro-state social contracts: legitimacy to rule in return for hydrocarbon largesse.”