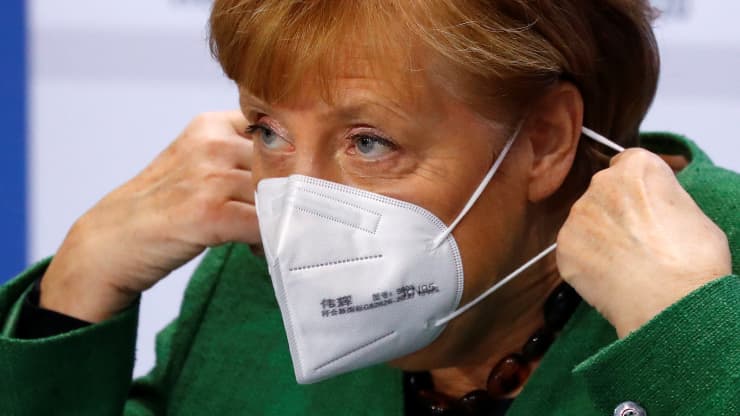 German Chancellor Angela Merkel reversed plans on Wednesday for a coronavirus lockdown over Easter amid criticism from experts and officials over the move.

The plans had called for placing the country in a strict lockdown over the Easter holiday — which would have seen all shops and churches close from April 1-5.

“We must try to slow down the third wave of the pandemic. Nevertheless, it was a mistake,” Merkel said during a press conference, according to German news outlet Deutsche Welle. “At the end of the day, I carry the last responsibility.”

“It’s now important for me to say so here. A mistake should be called a mistake and above all, it should be corrected, preferably in good time,” she added, according to the news agency.

Merkel’s comments come after sharp criticism that a plan, devised earlier this week with regional leaders, to impose a strict lockdown over the Easter period to help halt a third wave of coronavirus cases currently being seen in Germany, largely driven by more infectious variants of the virus.

Critics of the move, which included health experts and business leaders, said the lockdown could cause more harm than good, particularly the plans to allow grocery stores and supermarkets to open for a limited amount of time over the holiday — a move likely to cause crowds to gather. Others questioned the lost working hours and wages the move would entail.

“It was well reasoned, but was not really doable in such a short time,” Merkel said Wednesday, reflecting on the original lockdown proposal. “Too many questions, from missing wages through to the loss of time in factories and facilities, could not be adequately answered in time.”

It’s a rare U-turn from a leader considered Europe’s figurehead and seen as a steady hand during times of crisis. It’s also a further signal that Germany, a country lauded for its initial response to the pandemic, is starting to feel the strain of difficult decisions having to be made as the pandemic continues to throw up new challenges and concerns.

When the pandemic emerged in Europe in early 2020, Germany showed it was able to quickly test, trace and isolate early cases of the virus, helping to stop its spread. Its modern health-care network also helped prevent as many deaths as were seen in its continental neighbors.

The country had started to ease lockdown measures recently, allowing schools to reopen in February and some nonessential shops to admit customers again earlier this month. Like other European nations, it was banking on the rollout of coronavirus vaccines to enable it to slowly reopen its economy, the largest in Europe.

Vaccination rollouts have not gone to plan in the EU, however, with Germany, a country known for its organizational skills, negatively surprising experts with its sluggish program.

Germany is not alone in having to adjust plans around Easter; Italy is to reimpose a national lockdown over the period for the second-year running