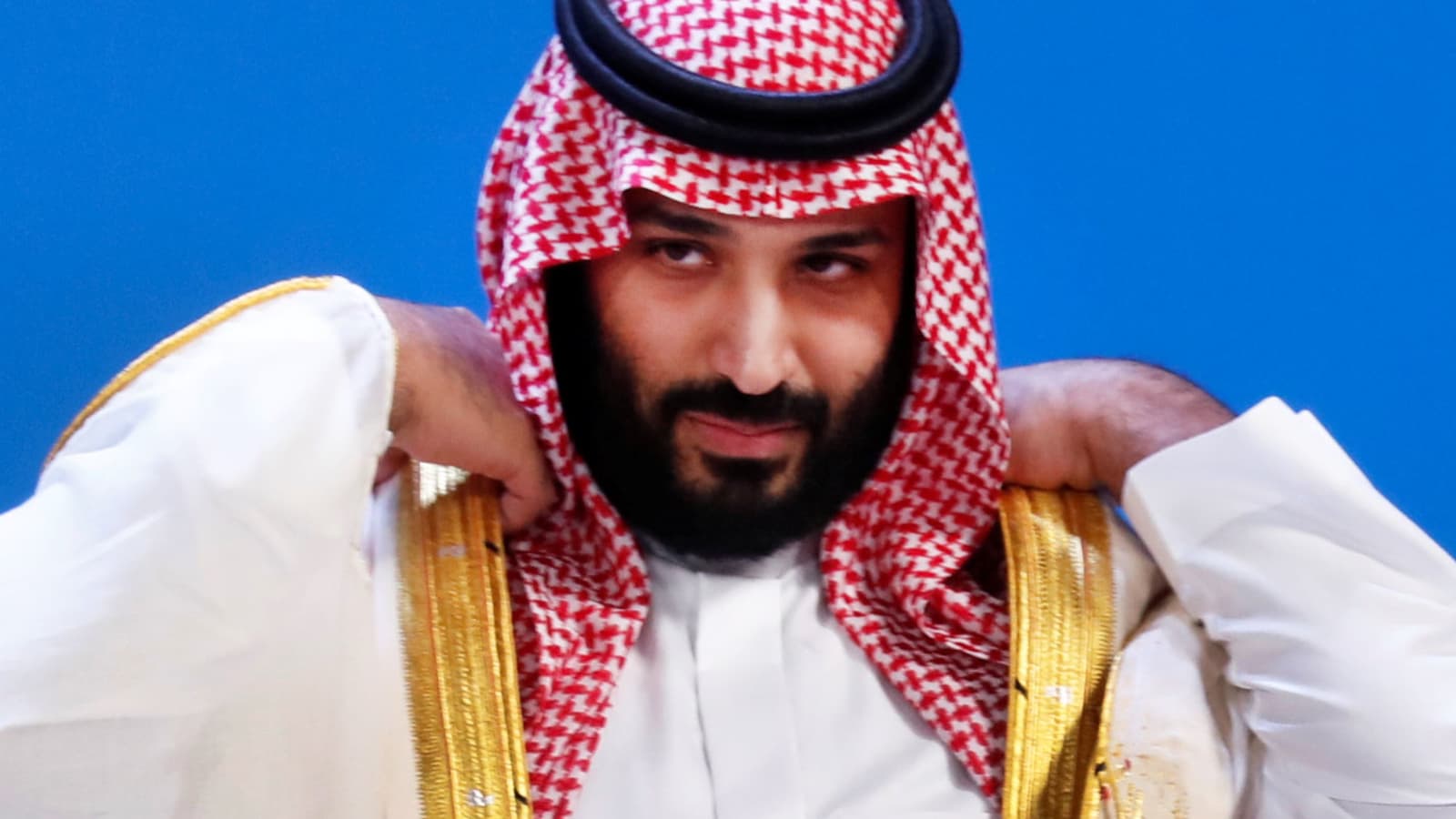 Saudi Crown Prince Mohammed bin Salman approved an operation to capture or kill journalist Jamal Khashoggi in 2018, according to a U.S. intelligence report that could further strain U.S.-Saudi relations as the White House reassesses ties with Riyadh.

The report by the Office of the Director of National Intelligence, released Friday, cited the crown prince’s control of decision-making in Saudi Arabia as well as the involvement of a key advisor and members of the prince’s protective detail in the operation that killed Khashoggi, a critic of the royal family.

Also Friday, Secretary of State Antony Blinken imposed visa restrictions on 76 Saudi individuals whom are “believed to have been engaged in threatening dissidents overseas, including but not limited to the Khashoggi killing.” A State Department spokesperson would not provide the names of those individuals, saying visa records are confidential under U.S. law.

However, The New York Times reported that the Biden administration would not penalize the crown prince for Khashoggi’s killing. The White House decided such action would have too high a cost on U.S.-Saudi cooperation in the areas of counterterrorism and confronting Iran, according to the Times.

Blinken said the restrictions are part of a new “Khashoggi Ban” that will bar visas for people acting on behalf of a foreign government who are believed to have engaged in “serious, extraterritorial counter-dissident activities.”

When asked why the crown prince was not among those facing punishment, Blinken emphasized the importance U.S. interests and not rupturing relations with Saudi Arabia.

“And so what we’ve done by the actions that we’ve taken is really not to rupture the relationship but to recalibrate to be more in line with our interests and our values,” Blinken told reporters at a press conference. “And I think that we have to understand as well that this is bigger than any one person.”

The Treasury Department on Friday imposed sanctions on the crown prince’s security detail, known as the Rapid Intervention Force. It also sanctioned the former deputy head of the kingdom’s intelligence service, Ahmad Hassan Mohammed al-Asiri, who is accused of being a ringleader in the plot.

The ODNI report noted that, “Since 2017, the Crown Prince has had absolute control of the Kingdom’s security and intelligence organizations, making it highly unlikely that Saudi officials would have carried out an operation of this nature without the Crown Prince’s authorization.”

The Saudi government, in a statement Friday, rejected the report’s conclusions, saying it contained erroneous information. Riyadh condemned Khashoggi’s killing as a violation of the kingdom’s laws and values, blaming his death on a rogue group.

The CIA-led assessment, which until now had been classified, comes as President Joe Biden aims to reshape the U.S. relationship with Saudi Arabia after years in which the Trump administration ignored the kingdom’s human rights abuses despite condemnation in Congress and at the United Nations.

The Trump administration had refused to provide a report to Congress in 2019 on who was responsible for Khashoggi’s death. Lawmakers had requested the report under the Magnitsky Act, which would have required sanctions against those responsible for the killing.

Khashoggi, a 59-year-old U.S. resident and Washington Post columnist, entered the Saudi Consulate in Istanbul on Oct. 2, 2018, and never left.

He was killed by a group of assassins, who then dismembered his body. His remains were never recovered.

Robert Mahoney, Deputy Executive for the Committee to Protect Journalists, speaks during a news conference to issue an appeal to the UN on the disappearance of Saudi journalist Jamal Khashoggi at the United Nations in New York, U.S., October 18, 2018.
Shannon Stapleton | Reuters

“The Crown Prince viewed Khashoggi as a threat to the Kingdom and broadly supported using violent measures if necessary to silence him,” the ODNI report said.

Rep. Adam Schiff, the California Democrat who is chairman of the House intel committee, on Friday called for the White House to impose “serious repercussions against all the responsible parties it has identified” for Khashoggi’s killing and to reassess the U.S. relationship with Saudi Arabia in the wake of the intelligence report.

“We must ensure that if foreign governments target journalists simply for doing their jobs, they are not immune to serious repercussions and sanctions, because restoring confidence in American leadership requires we act in accordance with the values that have long set America apart,” Schiff said.

“The Administration should take further steps to diminish the United States’ reliance on Riyadh and reinforce that our partnership with the Kingdom is a not a blank check,” he added.

In a diplomatic rebuke to the crown prince, the White House made clear this week that Biden does not view the 35-year-old bin Salman as his counterpart and will instead conduct relations through his aging father, King Salman. Bin Salman has been the public face of the kingdom since becoming crown prince in 2017.

White House press secretary Jen Psaki said Tuesday that, “On Saudi Arabia I would say we’ve made clear from the beginning that we are going to recalibrate our relationship with Saudi Arabia.”

On Thursday, Biden in his first call with the 85-year-old king “affirmed the importance the United States places on universal human rights and the rule of law,” according to a readout from the White House.

Biden also told the king that he would “work to make the bilateral relationship as strong and transparent as possible,” the White House said. Khashoggi’s name was not mentioned in the readout.

Biden’s review of relations with Saudi Arabia is part of a broader U.S. foreign policy shift in the Middle East. The president has ended U.S. support for Saudi Arabia’s war in Yemen while seeking to return to the negotiating table with Iran, Riyadh’s enemy, over its nuclear program.

Biden on Thursday also “discussed regional security” in his call with King Salman, noting his administration’s efforts to end the war in Yemen “and the U.S. commitment to help Saudi Arabia defend its territory as it faces attacks from Iranian-aligned groups,” the White House readout said.

Biden and the king also “affirmed the historic nature of the relationship and agreed to work together on mutual issues of concern and interest,” according to the White House.

Saudi authorities had at first denied any knowledge of Khashoggi’s death, and later claimed the journalist got into a fight inside the consulate and died in the clash. Saudi authorities eventually admitted Khashoggi was killed in a “rogue operation,” while denying that the crown prince was implicated.

A United Nations investigator concluded in a June 2019 report that Khashoggi was “the victim of a deliberate, premeditated execution, an extrajudicial killing for which the state of Saudi Arabia is responsible under international human rights law.”

A Saudi court sentenced five people to death, three to prison and exonerated three others. The U.N. special rapporteur for extrajudicial executions, Agnes Callamard, condemned the verdict as a “mockery” of justice

Trump sought to cast doubt publicly about the crown prince’s involvement in Khashoggi’s death, even after multiple outlets reported that the CIA concluded bin Salman himself ordered the journalist’s killing. Trump said the CIA had “nothing definitive” while asserting that the oil-rich kingdom would remain a “steadfast partner”of the U.S.

“It could very well be that the Crown Prince had knowledge of this tragic event – maybe he did and maybe he didn’t!” Trump said less than two months after Khashoggi’s death. Trump’s conciliatory stance contrasted sharply with outrage from members of Congress and the media over the killing of Khashoggi.

However, the Treasury Department under Trump ultimately sanctioned 17 individuals for their alleged role in the killing of Khashoggi.

Trump made Saudi Arabia his first stop in the Middle East when he made his debut visit to the region in 2017. The kingdom rolled out the red carpet for the former reality star.

The Trump administration leveraged its ties with Gulf monarchies to normalize relations between Israel, the United Arab Emirates and Bahrain.

The former president also vetoed an effort by Congress to block billions of dollars in arms sales to Saudi Arabia, as well as the UAE, and an attempt to end U.S. involvement in the war in Yemen.