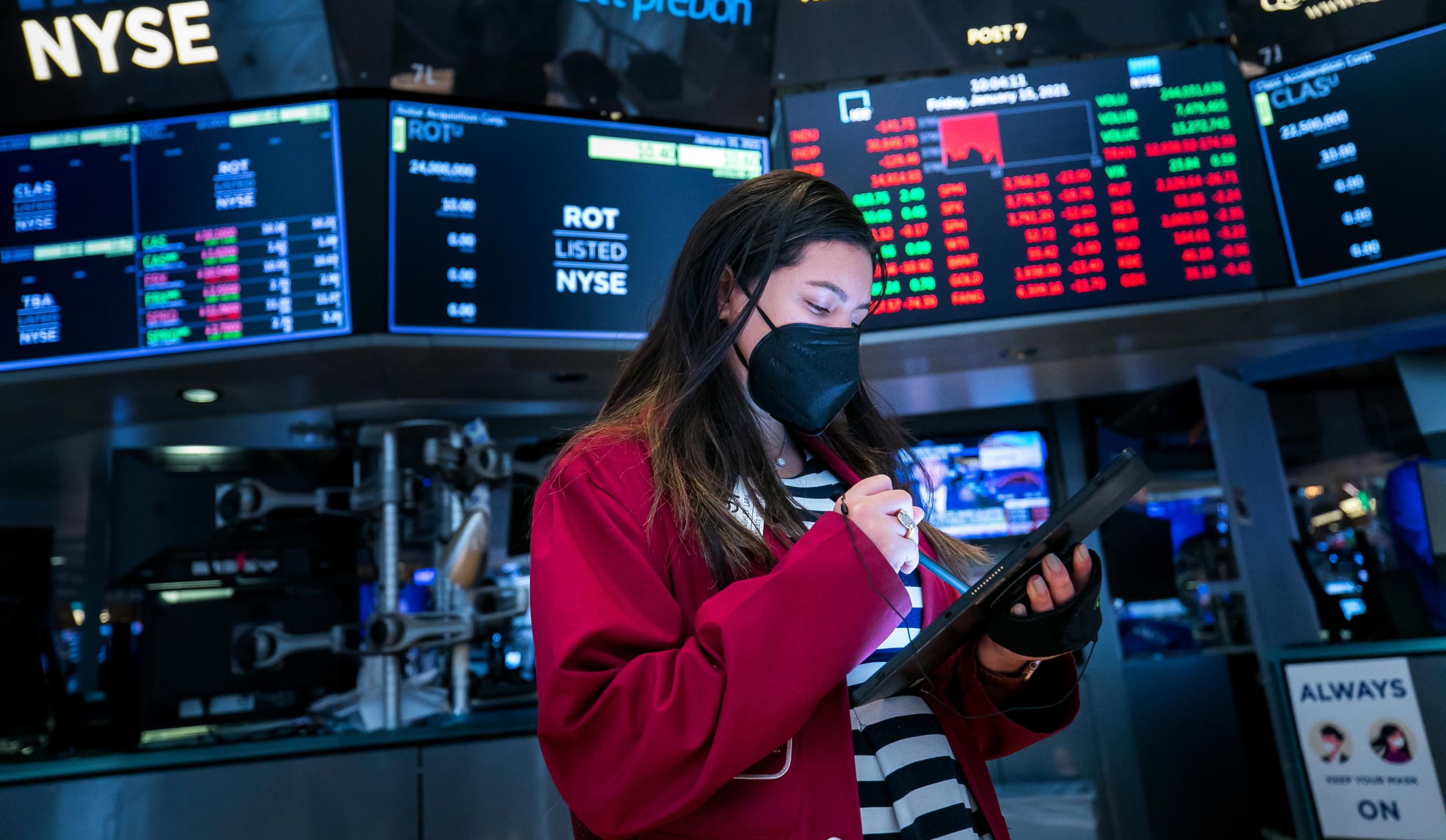 The major averages tumbled in a rapid fashion as the 10-year Treasury yield soared about 0.2% above 1.6% in a sudden move that some described as a “flash” spike. The yield later settled back down to around1.5%, its highest level since February 2020.

It’s “just a full on rout in the bond market. So that filters into everything else,” said Evercore ISI strategist Dennis DeBusschere. “It looks like we just had a flash move in bonds. With a puke move that drove [10-year] yields to 1.6%… We just have to wait for some form of equilibrium in bonds.”

The jump also put the benchmark rate above the S&P 500′s dividend yield, meaning that equities — which are considered riskier assets — have lost their premium over bonds. The milestone could exacerbate the move out of stocks as they become less attractive.

Higher rates tend to hit the technology sector especially hard as the group relies on easy borrowing for superior growth. The tech-heavy Nasdaq has dropped 4.8% this week, on pace for its second weekly loss in a row. Consumer discretionary and info tech are the two biggest losers among 11 S&P 500 sectors, falling 4.7% and 3.8%, respectively.

Investors are rotating into areas of the market that would benefit from an economic reopening the most. Energy has gained 6.8% this week alone, the biggest winner by far. Industrials and financials are the only two other sectors in the green week to date.

“U.S. stocks will continue to closely take [their] cue from the trajectory of Treasury yields,” said Edward Moya, senior market analyst at OANDA. “The Nasdaq will continue to lead the slide lower, while some investors will prefer to continue the rotation back into REITs, consumer staples, financials, and utilities.”

Yields added to their advance even after Federal Reserve Chair Jerome Powell emphasized the central bank’s commitment to easy policy and downplayed the risk of inflation, saying it could take three years or more before the Fed’s goals are reached.

Investors shrugged off better-than-expected economic data out Thursday. First-time jobless claims totaled 730,000 for the week ended Feb. 20, versus a print of 845,000 expected by economists polled by Dow Jones. Meanwhile, durable goods orders increased by 3.4% in January, compared to a Dow Jones consensus of 1.0% growth.

GameStop, the controversial meme stock whose massive short squeeze shocked Wall Street last month, is on the rise again. Shares were up more than 80% in volatile trading after doubling in the previous session on the reported ousting of a chief executive.