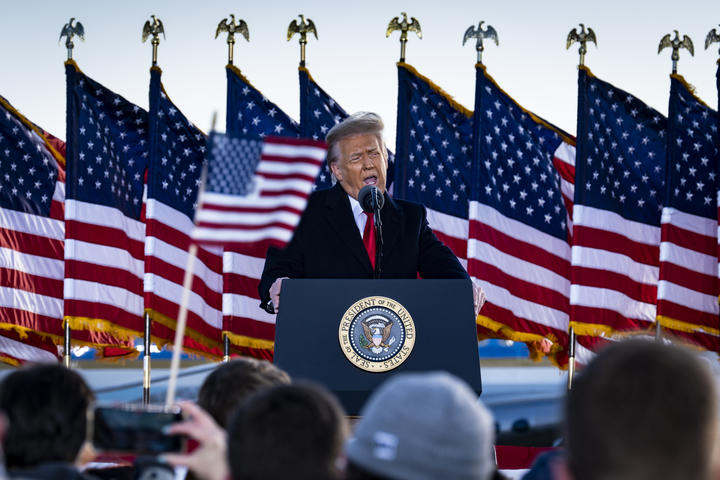 Donald Trump’s lawyers have started their case for the former president to be acquitted of inciting last month’s deadly riot at the US Capitol, arguing the impeachment trial is an act of “political vengeance”.

Donald Trump speaks to supporters at Joint Base Andrews before boarding Air Force One for his last time as President. Photo: AFP/Getty Images

The defense is expected to take three to four hours to argue that Trump was not responsible for inciting the 6 January riot, which sent lawmakers scrambling for safety and resulted in the deaths of five people, including a police officer.

Trump’s lawyers have said his rhetoric was protected by the US Constitution’s free speech guarantee and that prosecutors had not directly connected the actions of the rioters to Trump.

“The article of impeachment before the Senate is an unjust and blatantly unconstitutional act of political vengeance,” Trump lawyer Michael van der Veen said in his opening argument yesterday, adding that it was a “politically-motivated witch hunt” by Democrats.

Democratic prosecutors wrapped up their case on Thursday, arguing that Trump knew what would happen when he exhorted supporters on 6 January to march on the Capitol and “fight like hell” as Congress gathered to certify Democrat Joe Biden’s victory in the 3 November election, and that the Republican former president should be held accountable.

Trump has falsely claimed that Biden’s victory in November was the result of widespread fraud. 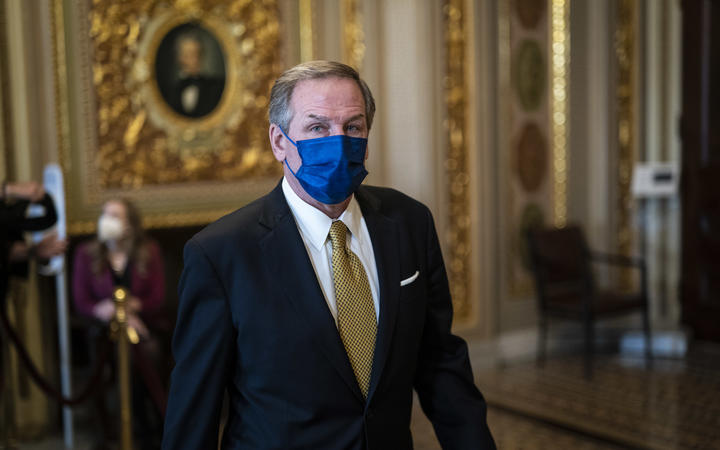 Van der Veen said the entire premise of Trump’s remarks to his supporters was that the democratic process would and should play out according to the letter of the law.

“These are not the words of someone inciting a violent insurrection,” Van der Veen said. 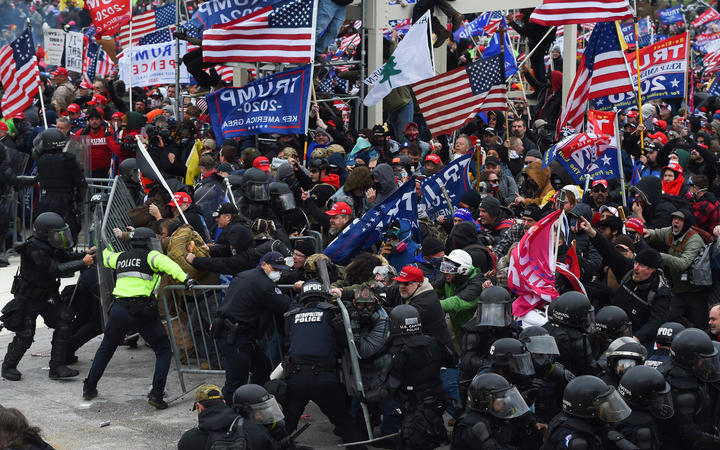 Trump supporters clash with police and security forces at the US Capitol on 6 January. Photo: AFP

The Democratic-controlled House of Representatives charged Trump on 13 January with inciting the insurrection.

Democrats are unlikely to get a conviction in the evenly-divided Senate or to bar Trump from running for office again.

Conviction requires a two-thirds majority in the 100-member Senate, which means at least 17 Republicans would have to defy Trump, despite his continued popularity among Republican voters.

“I’m anxious to see what my Republican friends do,” Biden told reporters at the White House on Friday.

If Trump is acquitted, the Senate could decide to censure him or even vote to bar him from holding public office again. Asked on Thursday about pursuing the latter option, Senate Majority Leader Chuck Schumer said that decision would have to wait until the end of the trial.

On Tuesday, the Senate voted largely along party lines that the impeachment trial was constitutional, even though Trump’s term ended on 20 January. Six Republican senators sided with Democrats.

In their arguments, the Democratic prosecutors provided numerous examples of Trump’s actions prior to the rampage to illustrate what he intended when he told his supporters to go to the Capitol on 6 January.

Neither side has so far announced an intention to call witnesses, leaving senators on track for final arguments and a vote as soon as Saturday.

Trump is the first US president to be impeached twice and the first to face trial after leaving office. His first impeachment trial, which stemmed from his efforts to pressure Ukraine to investigate Biden, ended in an acquittal a year ago in what was then a Republican-controlled Senate.