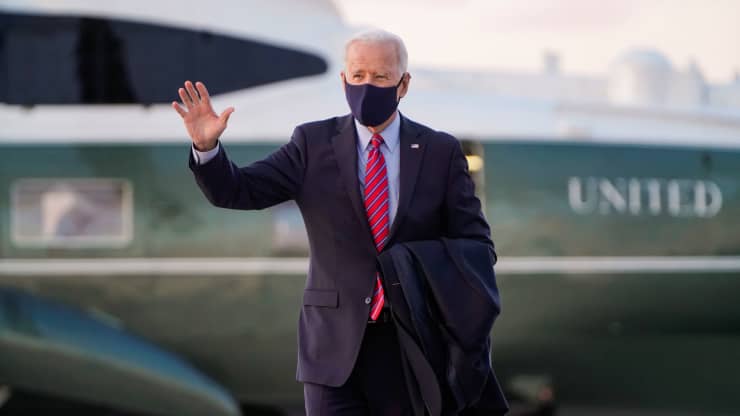 President Joe Biden said that former President Donald Trump should not receive intelligence briefings even though they typically have been given to other former presidents.

Biden told CBS News in an interview that Trump was “unfit to be president” and his “erratic behavior” is why he should have access to the nation’s classified information.

“I think not,” Biden said when asked if Trump should receive intelligence briefings. “Because of his erratic behavior unrelated to the insurrection.”

“Yeah, I have. And I believe it,” Biden responded.

In 2018, President Trump stripped the security clearance of former CIA director John Brennan, which ignited a firestorm of criticism that the president was punishing high-profile critics.

Biden, a former Senator from Delaware, did not comment on how he would vote in Trump’s upcoming Senate impeachment trial for allegedly inciting the Jan. 6 Capitol riot, but said he is focused on pushing his aid package through Congress, including a new round of stimulus checks and raising the minimum wage.

“Look, I ran like hell to defeat him because I thought he was unfit to be president. I’ve watched what everybody else watched, what happened when that crew invaded the United States Congress. But I’m not in the Senate now. I’ll let the Senate make that decision,” he said.