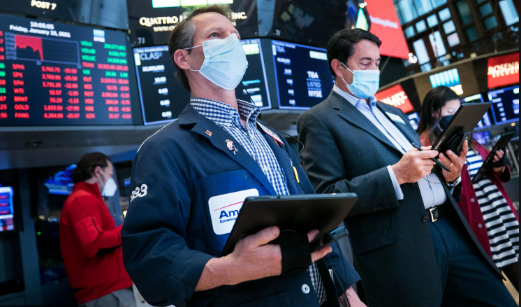 U.S. stocks jumped on Tuesday, building on a strong rally in the previous session as concerns about a speculative retail trading frenzy continued to ease.

The back-to-back advance in the broader market coincided with a sharp reversal in GameStop, the video game stock that captivated Wall Street with its massive short squeeze coordinated by a band of retail investors on social media. GameStop, fresh off a 400% rise last week, fell another 60% Tuesday. The stock has lost more than 70% of its value since Friday.

“Inevitably, and as with any technically-driven short squeeze, the Reddit rocket ship ran out of fuel and is now crashing back down to earth,” said Max Gokhman, head of asset allocation at Pacific Life Fund Advisors. “Upon seeing that gravity still works and fundamentals do matter, other market participants are once again comfortable going back into the market and that’s likely been driving this week’s comeback rally.”

Other highly speculative investments popular with the Reddit crowd also plunged. AMC Entertainment dropped more than 41%. Futures contracts for silver, which enjoyed their biggest one-day jump in 11 years Monday, slid more than 10% Tuesday for its worst day since August.

Investors took it as a sign that the speculative mania from retail traders is unwinding, which is healthy for the overall market and investor confidence. The stock market suffered its worst week since October last week as many grew worried that the wild trading activity in those heavily shorted names could be contagious and spill over to other areas of the markets.

Still, some believe that this Reddit-fueled trading mania showed that the collective power of retail investors warrants extra attention.

“Retail investors are a force to be reckoned with,” said Lauren Goodwin, economist and portfolio strategist at New York Life Investments. “This precise example will fade, and retail investors’ influence will ebb and flow over time. But on a single-name basis, I think it would be prudent for investors to expect attention to flare for certain equities from time to time.”

Meanwhile, investors will be following stimulus negotiations in Washington, after congressional Republicans made a counteroffer to President Joe Biden’s $1.9 trillion stimulus plan on Sunday.

Biden met with those lawmakers on Monday as congressional Democrats moved toward passing a reconciliation bill without bipartisan support. White House Press Secretary Jen Psaki described the meeting as “substantive and productive.”