Latest Articles
Home CITIZENSHIP The UAE is now offering citizenship to foreigners, and the economic gains could be ‘transformative’ 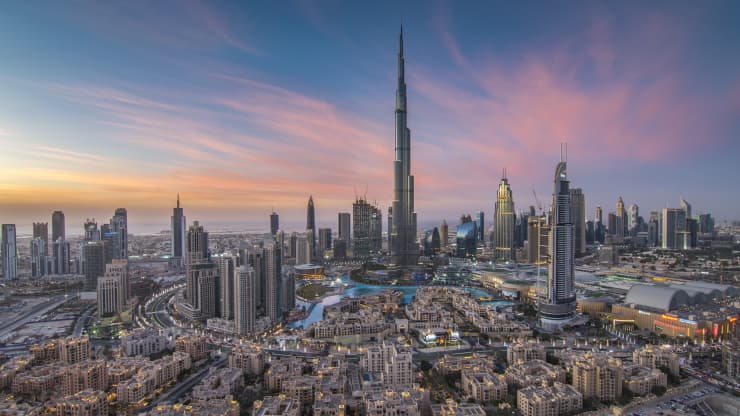 The UAE is now offering citizenship to foreigners, and the economic gains could be ‘transformative’

The move is a significant change in direction for a country whose economy relies heavily on expatriates, for whom residency is typically contingent on their employment visas.

The UAE passport, which is ranked as one of the best in the world for mobility, will be offered to select foreigners and professionals including “investors, doctors, specialists, inventors, scientists, talents, intellectuals, artists and their families,” according to the announcement.

“The United Arab Emirates has approved amendments … allowing investors, professionals, special talents and their families to acquire the Emirati nationality and passport under certain conditions,” the UAE government news agency WAM said in a release Saturday.

“The step aims at appreciating the talents and competencies present in the UAE and attracting more bright minds to the Emirati community in a way that contributes to the development and prosperity of the country.”

Foreigners cannot apply for citizenship, however; they must be nominated by UAE royals or officials, and the country’s Cabinet would get the final say.

A sunbather watches as people play during a beach volleyball tournament in the Gulf emirate of Dubai on July 24, 2020.
KARIM SAHIB | AFP via Getty Images

The announcement, which has no precedent in the Gulf region, reflects how the small Arab sheikhdom aims to retain top talent as the coronavirus pandemic forced tens of thousands of expats to leave in the last year. Nearly 90% of the UAE’s roughly 10 million inhabitants are foreign nationals.

While many specific details of the new policy are yet to be seen, this is a big deal for the UAE’s future, says Taufiq Rahim, a Dubai-based senior fellow in the international security program at the New America think tank.

“The pathway to citizenship for expatriates while limited in scope and unclear in details today, is a transformative development for the future,” Rahim told CNBC. “The announcement broke the barrier on an issue that was previously taboo and in the long-term will spur greater investment in the UAE.”

He added, “In the short-term, however, it is more a feel good story than a driver of economic returns.”

A series of foreigner-friendly reforms

A major step forward in domestic policy, the move follows several months of historic reforms and diplomatic breakthroughs for the Middle Eastern trading and business hub. In August, the UAE became the first Gulf country to normalize relations and open direct flights with Israel.

In the following months, the officially Muslim country introduced reforms legalizing cohabitation, allowing alcohol buying without a license, and permitting 100% foreign business ownership, compared with previous requirements of 51% local ownership when based outside of a free zone.

Foreign UAE residents typically have renewable visas tied to their employment that must be renewed every three years. This means they have little incentive to invest in the country long term, and are deterred from investing in areas like property, an important pillar of the country’s economy.

“The model for expatriates used to be ‘let’s make as much as we can from this country then move home,’” said Karim Jetha, chief investment officer at Longdean Capital, an emerging markets asset management firm.

“The new mindset the government is trying to inspire is ‘if you give as much as you can to this country, you can call it your home.’”

But citizenship would enable a permanent stake in the country, expanding the population of willing investors. Investors desiring citizenship are required to own property in the UAE, for example.

“The decision to grant citizenship is the latest in a series of moves by the UAE government to make society more inclusive and encourage longer-term stays by expatriates,” Jetha said.

Shai Zamanian, a U.S.-licensed lawyer who helps UAE-based foreigners resettle in the U.S., sees this as opening up unprecedented opportunities for families who seek permanent residency in a stable market but previously could not stay indefinitely in the UAE.

“One of the immediate effects on the UAE economy will be that families now would choose to undertake greater investment in their businesses, real estate, and long-term investments in the UAE knowing they do not have to ultimately leave,” said Zamanian, director at the American Legal Center in Dubai.