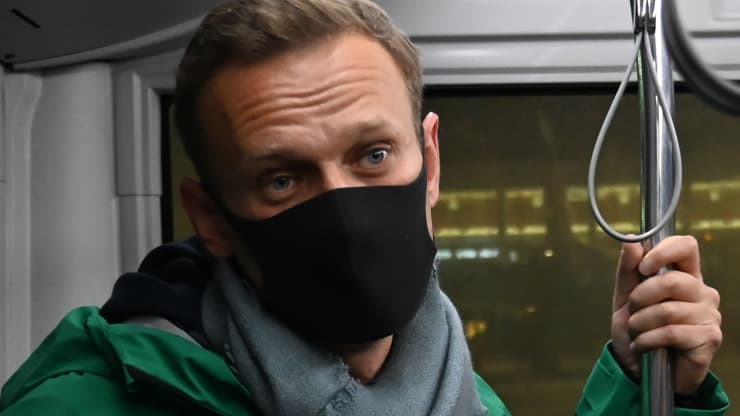 Russian authorities have detained opposition politician Alexei Navalny in custody for 30 days, according to his spokesperson, following a rushed court hearing inside a police station.

Kira Yarmysh said on Twitter Monday that a judge had decided Navalny would be kept in police custody through to Feb. 15. She added that it was not yet known where he would be held during this period.

“They were detained at the border, taken away in an unknown direction, the lawyer was not allowed, the trial was carried out urgently right in the police department, and was arrested for 30 days,” Yarmysh said on hearing the verdict, according to a translation.

“It cannot even be called a parody of legality,” she added.

It comes after Russian authorities arrested Navalny on Sunday evening when his flight from Berlin, Germany landed in a Moscow airport. It was the first time Navalny had returned to the country since he was poisoned last summer.

His detention had been ordered by Moscow’s prison service in relation to alleged violations of a suspended prison sentence.

“Don’t be afraid, take to the streets. Don’t go out for me, go out for yourself and your future,” Navalny said in a video posted on YouTube after the judge’s decision, according to a Reuters translation.

The United Nations, government officials and rights advocacy groups have all called on Russia to immediately release Navalny, while some countries had pushed for possible sanctions.

In response, Moscow said Navalny’s case had received “artificial” resonance in the West.

‘It doesn’t get more lawless than this’

Navalny is widely regarded as the most prominent and determined critic of Russian President Vladimir Putin. The 44-year-old activist has frequently been detained by authorities and harassed by pro-Kremlin groups.

Navalny had been recovering in Germany after narrowly surviving what has since been independently confirmed as poisoning by a Novichok nerve agent on August. 20.

Navalny has said he believes Putin ordered the poisoning to go ahead, reportedly commenting in October last year that he does not see any other explanation.

In a video posted by Yarmysh on Monday morning, Navalny was shown complaining about the absurdity of a makeshift court hearing at Khimki police station, near Moscow’s Sheremetyevo airport. “It doesn’t get more lawless than this,” he said, according to an NBC translation.

A joint statement by the Baltic states of Estonia, Latvia and Lithuania — three former Soviet republics — issued a call on Monday for the EU to consider the “imposition of restrictive measures in response to this blatant act” if Navalny is not released from detention.

She added: “His detention only highlights the need to investigate his allegations that he was poisoned by state agents acting on orders from the highest levels.”