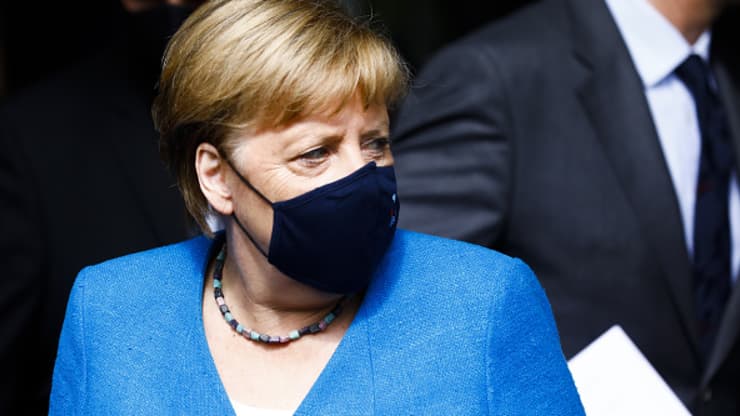 Germany’s Merkel hits out at Twitter over ‘problematic’ Trump ban

“The right to freedom of opinion is of fundamental importance,” Steffen Seibert, Merkel’s chief spokesman, told reporters in Berlin on Monday, according to Reuters.

“Given that, the chancellor considers it problematic that the president’s accounts have been permanently suspended.”

Seibert said that, while Twitter was right to flag Trump’s inaccurate tweets about the 2020 U.S. election, banning his account altogether was a step too far. He added that governments, not private companies, should decide on any limitations to freedom of speech.

Twitter made the move Friday, following outcry over a riot on Capitol Hill. The action stripped the U.S. leader of his ability to communicate on the social media platform that boosted his climb to the presidency and continued to play a key role during his time in office.

It came after violence in Washington, D.C., that led to international outcry and renewed calls for Trump’s impeachment. The president had called for his followers to protest Congress’ ceremonial confirmation of Joe Biden as president.

He also used his social media accounts to repeat false claims that his reelection was stolen before being temporarily blocked by both Facebook and Twitter, and then subsequently banned indefinitely by both.

Merkel is often described as the de facto leader of the European Union. She stepped down as head of the conservative-leaning Christian Democratic Union party in 2018 and will be replaced as chancellor in Germany’s upcoming federal election later this year.

Her apparent alignment with the president against the decision by Twitter to remove him comes as a surprise. The German leader, who doesn’t herself have a Twitter account, has often clashed with Trump over the years, while diplomatic relations between Washington and Berlin have been on the wane.

Nevertheless, Merkel wasn’t alone in criticizing tech giants over their removal of Trump’s accounts. The move has drawn the ire of other political figures in Europe, including U.K. Health Secretary Matt Hancock and EU Commissioner for Internal Market Thierry Breton, who said it raises key questions about the power of tech companies and the need for regulation.

“The fact that a CEO can pull the plug on POTUS’s loudspeaker without any checks and balances is perplexing,” Breton said in a Politico opinion piece. “It is not only confirmation of the power of these platforms, but it also displays deep weaknesses in the way our society is organized in the digital space.”

Europe and the U.S. have seen some divergence on digital policy over the course of Trump’s presidency, particularly when it comes to issues like taxation. EU officials hope to improve their alignment with the U.S. on regulation of the tech sector as Biden’s administration takes over next week.