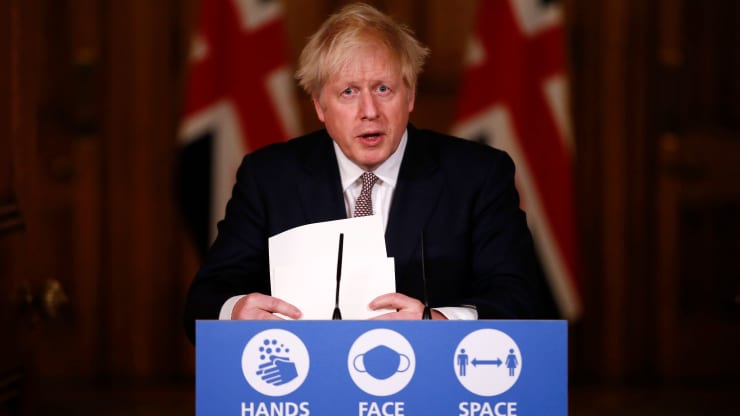 LONDON — Sterling broke through the long-awaited $1.35 barrier on Wednesday morning after European Commission President Ursula von der Leyen said progress had been made toward a post-Brexit trade deal between the U.K. and the European Union.

Addressing the European Parliament, von der Leyen said that while she could not say whether there would or would not be a deal, “there is a path to an agreement now” and the next few days will be critical.

“We have found a way forward on most issues but two issues remain outstanding: the level playing field and fisheries,” von der Leyen said.

“I am glad to report that the issues linked to governance now have largely been resolved. The next few days are going to be decisive.”

However, a U.K. official reportedly told Reuters that the two sides remain “very far apart in key areas” and that despite some progress, the deal is “still not there.”

The U.K. left the EU in January but it agreed to keep the same standards and regulations until the end of the year, so both sides would have time to develop new trading arrangements.

However, this transition period ends in around two weeks and there are serious concerns that they will not have a new agreement ready by then. Failure to get an agreement in the coming weeks, a so-called no-deal Brexit, could push up taxes and costs for exporters on both sides.

Investors take heed!  Learn all about how much your money will grow if you open a personal or corporate bank account in the United States of America.  Check out the details at #topcompanyformation.com