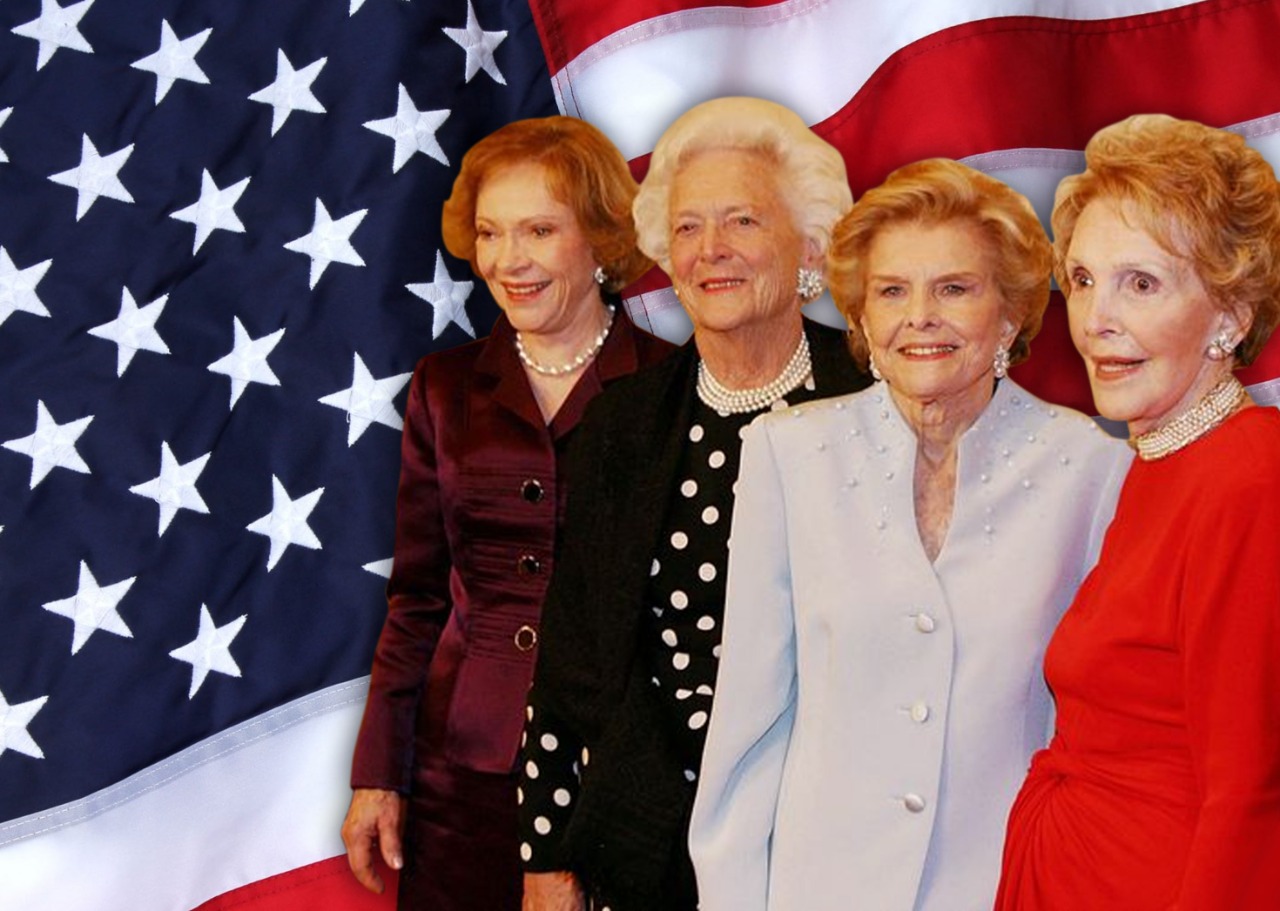 We surveyed some of the preeminent, appropriate historians, to come up with a short list of the most Influential American First Ladies. Although there would undoubtedly be those that would disagree with some of the selections, they do seem to be based on sound historical evidence the list will be examined in historical order.

Martha Washington was obviously best known as the wife of the first American President. She was, however, an exceptional woman in many ways. Having been born into a wealthy family, she set proper and enduring standards. In 1759 she married George Washington, then a plantation owner who had already established an impressive military record in the French and Indian War. When Washington was later chosen to be the American Commanding General in the Revolutionary War, she traveled to, and stayed with him, at his various military encampments throughout the War.

General Washington was the overwhelming choice to be the first President of the new American Republic. The very sagacious Martha was said to sometimes have a decisive involvement in many critical governmental  decisions and events. Perhaps her most important attribute, in functioning as the First Lady was her social facilitation, engendered by her privileged upbringing. She set behavioral and social standards which became enduring guidelines for her successors. The truism that many high level governmental decisions are conceived in the social gatherings of politicians, persists to this day. It has been reported that Abigail Adams characterized Martha Washington as “an object of enduring veneration and respect.”

Dolley Madison has been on virtually every historians list of influential American First Ladies. She was so revered that her funeral was attended by President Zachery Taylor, his entire cabinet, and most members of Congress and the diplomatic corps. She was extolled as “the shining example for all who would follow her.”

During the almost two decades between 1901 and 1817, Dolley Madison became both socially and politically active in the Washington establishment of that day. The outgoing and ambitious lady was successful in initiating and maintaining influential relationships with the wives of a wide variety of important diplomats. In 1809, when then husband James Madison began two very significant terms as the American fourth President, her influence was naturally greatly enhanced.

The War of 1812 began early in the second Madison administration. After two years of virtual stalemate the British, strengthened by the end of the  Napoleonic wars, were able to enter Washington and set the White House, the Capitol, and other national buildings on fire. During that turbulent period, known famously as “the burning of Washington,” Dolley Madison displayed the patriotism, the courage, and the foresight, to save many of the most important symbols of the still young American Republic, bravely refusing to leave the White House until they were all safe from the invading British!

For the remainder of the Madison administration, Dolley Madison resumed her politically effective entertainment activities. Even more significantly, she continued to be President Madison’s most loyal and persuasive advocate in all political matters!

Edith Wilson is probably the most questionable name on this list. Born in Virginia, she was descended from Virginia aristocracy and said to have great pride in her Southern heritage. When her first husband died, she inherited a substantial fortune. That, combined with her aristocratic bearing and her personal attractiveness, assisted her to quickly become well known in Washington society. She was introduced to President Wilson, despondent over his first wife’s death. They were attracted to each other and were married after a short courtship.

The President had long been almost fanatically in pursuit of his famous “Fourteen Points,” and America’s participation in a “League of Nations.” The first goal was rejected by the Europeans. After the World War, when he and Edith returned from the Versailles Treaty discussions, he was met by his antagonist, the powerful Republican leader, Senator Henry Cabot Lodge. He, and a majority of his Senate colleagues were very much against the League. It was not approved by the Senate

The desperate President, against doctor’s orders, along with Edith, departed on an ill-fated whistlestop trip across the U.S., attempting.to persuade American people to support his precious League. Well into the trip, in the Midwest, he fainted. Edith ordered the train immediately back to Washington, where he suffered a severe stroke.

From that point, the correct history becomes hazy and disputed. It does appear that Edith censored all incoming communications, from whatever source, and decided who could even enter his room. What is less clear is who made final decisions. Edith insists the President did, but his cognitive capabilities at that time are doubted to this day. Most evidence suggests that Edith was an influential First Lady from the day they married, and was  the de facto President most of the time following his stroke, this then being her primary claim to fame!

Eleanor Roosevelt was one of the most admired and respected women in the world. She was raised in the social aristocracy of the Hyde Park Roosevelts, and was a beneficiary of the name of the Oyster Bay Roosevelts, where her uncle, President Theodore Roosevelt was born and raised.

In 1915 she married her distant cousin, Franklin D. Roosevelt. By virtue of his eventual ascendency to the presidency for four terms, she became the longest serving First Lady in American History. Along the way she saved her husband’s career by agreeing not to divorce him, following revelations of an affair. At that time, divorce would have been fatal to his political ambitions.

When those ambitions were interrupted in 1921 by his paralysis, she began to substitute for him, while at the same time raising her profile with an increasing variety of political activities. As he climbed the political ladder to New York Governor and to President, she appeared to be his most ardent and loyal supporter.

During her many years as First Lady, Mrs. Roosevelt seemed to many to be “a second president.” She traveled continuously, speaking at political events, and on radio, and managed to write newspaper columns. During the War she was a huge morale builder, visiting troops and speaking to enthusiastic crowds in the U.S. and overseas. It has also been said of her, “We shall never see her like again.”