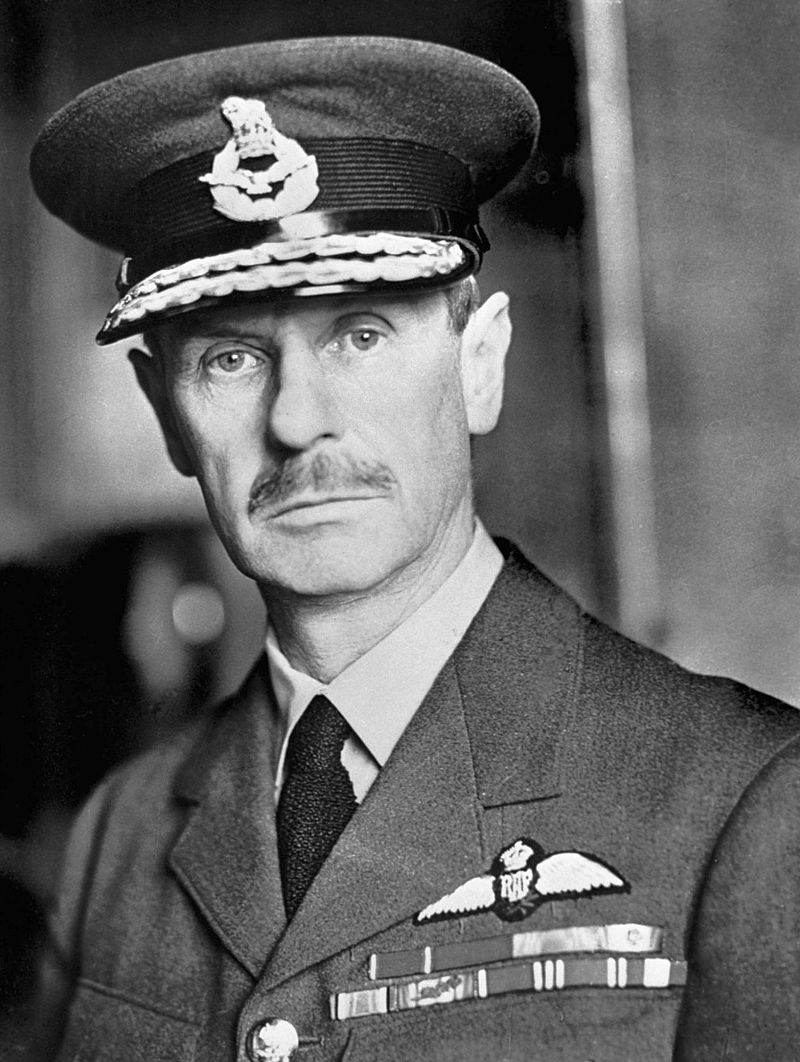 Photograph of Air Marshal Hugh Dowding: photograph D 1417 from the collections of the Imperial War Museums

The Unsung Brit Who Helped Save The Western World

Photograph of Air Marshal Hugh Dowding: photograph D 1417 from the collections of the Imperial War Museums

By July 1940, the German army had rapidly destroyed the supposedly powerful Polish army, and occupied half of that country, pursuant to their agreement with the Soviet Union. They then rapidly occupied most of Europe, including the Low Countries and parts of Scandinavia. Their coup de grace was their unexpectedly rapid defeat of France, which had been thought to have the World’s strongest army. At that point, the German army was universally thought to be invincible!

The only remaining unconquered adversary in Western Europe was Great Britain. Many in the German High Command were fearful of an invasion. While their army was invincible on solid ground, it was not equipped, or prepared, for a cross-channel undertaking. More frightening would be their interception by the powerful British Royal Navy.

A viable alternative would be to use their vastly superior air power to cripple the Royal Navy, and to bomb the British into submission. The latter would include destruction of British production capabilities, as well as such public utilities as electricity, telephones, and rail and street transportation. Popular morale would suffer from the many thousands of inevitable casualties following the continuing destructive bombings of major cities.

It became patently obvious to both sides that if the Germans were to achieve their nefarious goals, their air force, the “Luftwaffe,” must subdue their British counterpart, the “Royal Air Force,” in the forthcoming “Battle of Britain.” In terms of numbers and combat experience, they appeared to have the advantages. However, the much smaller number of the “RAF” fighter pilots, mostly in their high teens and early 20s, did have the Spitfire, the best combat aircraft in the War. Their “Commander in Chief of RAF Fighter Command was considered to be, “A man who knew more than anybody about all aspects of aerial warfare,”

Hugh Caswell Tremenheere Dowding was born in Scotland in 1882. After college he was accepted into the Royal Military Academy and received a commission as a 2d Lieutenant in the Royal Garrison Artillery. Approximately a decade later his interest in flying enabled him to earn his wings and become a pilot in the Royal Flying Corps. During World War One he served in a variety of commands, earning rapid promotions.

After that War, he received a commission in the Royal Air Force, where by 1929 he was promoted to the rank of Air Vice Marshall, In light of his exceptional aptitude for all things aerial, he became an Air Marshall in 1933, and in 1936 was given command of the newly formed RAF Fighter Command. In 1937 Dowding was promoted to Air Chief Marshal.

Realizing that war with Nazi Germany was inevitable, the astute Dowding spent the intervening peaceful years preparing Fighter Command for war. During those years he vigorously promoted the improvement of radar capabilities and the expansion of fighter aircraft production, both of which were to prove so decisive in the desperate Battle of Britain.

Air Chief Marshal Dowding had been scheduled to retire in 1939, but fortunately for the civilized world, he remained as Commander in Chief of Fighter Command. Except for the courage of the relatively few brave young RAF pilots, the most important contributing factor to the British success in the Battle of Britain was the development and maintenance of “The Dowding System,” implemented so successfully by its namesake.

That combination illustrated the validity of Aristotle’s belief that “the whole is greater than the sum of its parts.” The System provided such “parts” as technology, ground defenses, including geographical group defense, radar towers and stations, and coordinated underground operation facilities. As the overseer of the “parts,” Dowdings unparalleled genius, as previously noted, “about all aspects of aerial warfare,” proved Aristotle’s wisdom. The Luftwaffe withdrew its attacks and the British effectively won the Battle of Britain.

A deplorable aftermath followed Dowding’s extraordinary achievement. He had been an advocate for the maneuverability of smaller aerial fighter groups, a tactic proven very successful in the Battle of Britain. Nonetheless, he came into increasing conflict with the “Big Wing” advocates of large fighter groups, and their powerful political allies. Therefore, in spite of the unparalleled debt owed to him by Great Britain, and the Western World, he was forced to relinquish his Command of Fighter Command in November, 1940.