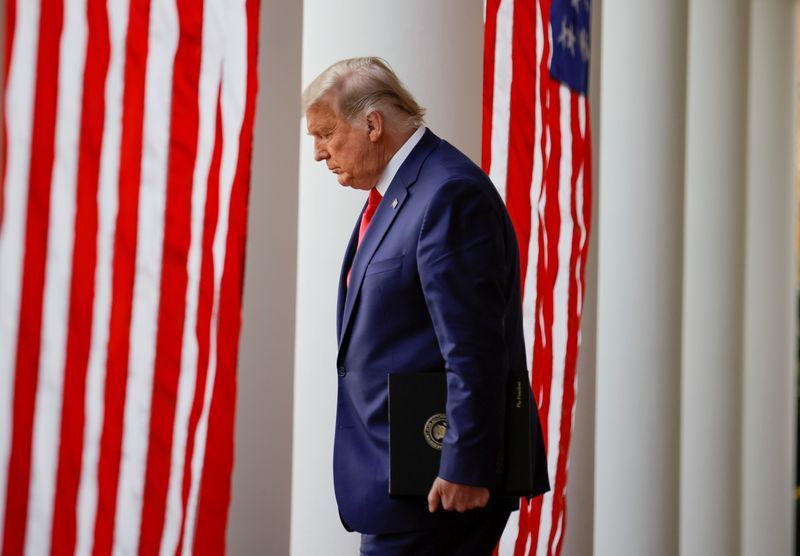 FILE PHOTO: U.S. President Donald Trump walks down the West Wing colonnade from the Oval Office to the Rose Garden to deliver an update on the so-called "Operation Warp Speed" program, the joint Defense Department and HHS initiative that has struck deals with several drugmakers in an effort to help speed up the search for effective treatments for the ongoing coronavirus disease (COVID-19) pandemic, at the White House in Washington, U.S., November 13, 2020. REUTERS/Carlos Barria/File Photo

The Bureau of Ocean Energy Management (BOEM) is holding on Wednesday the last offshore lease sale for the year and the last such lease sale under the current U.S. Administration of President Donald Trump, before Joe Biden, who has promised to ban new lease sales on federal lands and waters, takes office.

The outcome of Wednesday’s lease sale in the U.S. Gulf of Mexico will give analysts insights into whether the oil and gas industry will rush to secure new offshore leases before Biden moves to ban new lease developments as part of his energy plan geared toward support for renewables, emissions reduction, and the creation of green energy jobs.

The Trump Administration resumed in August lease sales with auctions for leases on federal lands, after having postponed several land lease sales earlier this year in the aftermath of the pandemic and the crash in oil prices.

In the Wednesday sale, BOEM is offering all available unleased areas in federal waters of the Gulf of Mexico, the Administration said in October. BOEM is offering 10-year lease terms in water depths of 800 meters to 1600 meters in this auction, instead of 7-year terms as it had done between 2010 and now. The lease sale includes 14,755 unleased blocks, located from three to 231 miles offshore, in the Gulf’s Western, Central, and Eastern planning areas.


The American Petroleum Institute (API) has said in a recent report that a ban on new federal oil and gas development – as proposed by Biden – would result in job losses, weaker energy security, and increased reliance on oil imports. According to API, U.S. offshore oil production would drop by 44 percent by 2030, while offshore natural gas production would fall by 68 percent. Oil imports from foreign sources would increase by 2 million barrels a day (bpd), and the U.S. would spend US$500 billion more on energy from foreign suppliers through 2030.

“A ban on new leasing, if permanent, would mean that by 2035 US offshore oil and gas production would be about 30% lower than if lease sales had continued,” Wood Mackenzie said in a snapshot overview of a Biden Administration effect on the U.S. energy sector.

Have you thought about opening a branch office of your company in the United States?  With such a sprawling and vast country, you need not stop at one branch office.  Find out how easy this can be at #topcompanyformation.com