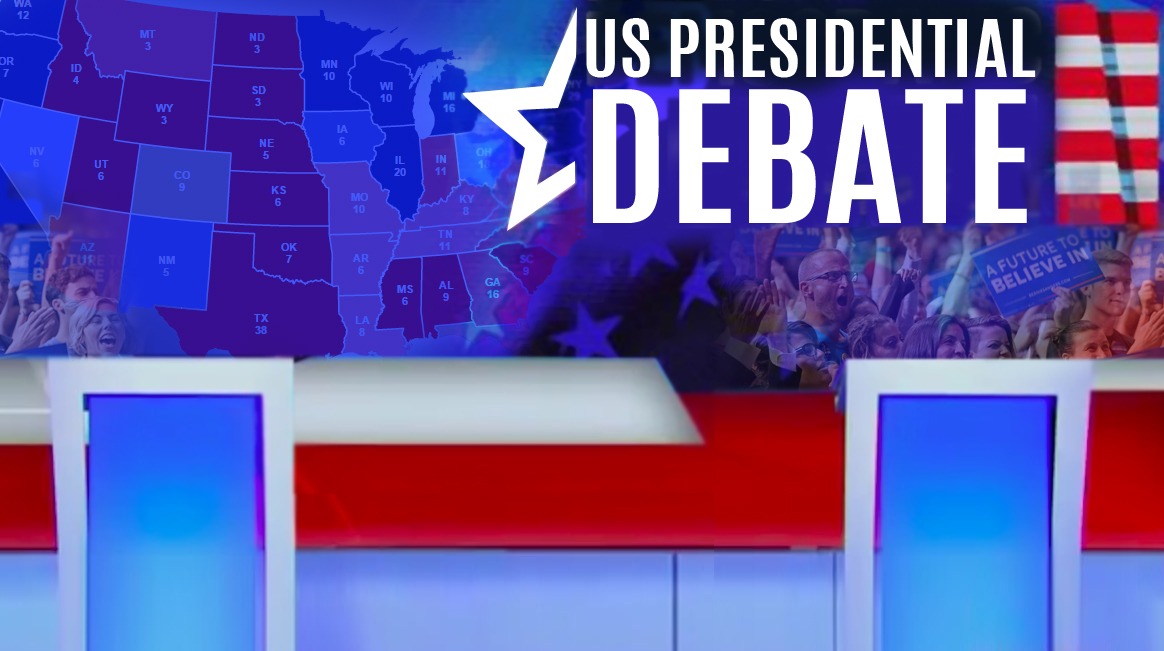 In 1960, the first formalized presidential debates took place. The participants were Massachusetts Senator John F. Kennedy, the Democratic candidate, and Vice President Richard M. Nixon, the Republican candidate. This time there was a moderator and a panel of television reporters. Both candidates were experienced politicians and, in the series of four debates, responded reasonably eloquently to panel questions. The consensus was reported to be that those who watched on television thought Kennedy the winner, and those who had listened on radio thought Nixon the winner.

Notwithstanding the very successful viewership levels of the Kennedy-Nixon debates, or possibly because of them, then incumbent Presidents Lyndon Johnson and Richard Nixon apparently felt it unnecessary to subject themselves to debates. Their refusal to do so, therefore resulted in no presidential debates between 1964 and 1976.

By the 1976 presidential campaign, President Gerald Ford had succeeded the resigned President Nixon. When he, quite correctly, gave Nixon a full pardon, his reelection prospects considerably diminished. He then agreed to three debates with Democratic candidate, Governor Jimmy Carter. During the debates, Ford made an historically damaging mistake by insisting that Soviets would not dominate Eastern Europe under his presidency.

Ford was an otherwise widely respected and very capable President. Although he never completely recovered from “the mistake,” towards the end of the campaign he had almost caught up with Carter. Had the election been a bit later, Ford might have won, Nevertheless Carter did survive, with a very close win.

Candidate Carter became President Carter in 1977. His overall negativism permeated his tenure, and he never became a popular President while in office. His most notable success was negotiating a peace treaty between Israel and Egypt. That was negated by his continuing failure to free the American hostages in Iran. In his Presidential debate with then candidate Reagan. Carter never recovered from the Reagan “there you go again” comment.

In 1980, Ronald Reagan, the former successful Hollywood actor, television personality, union leader, and two-term Governor of California, was elected 40th President of the United States. He had done well in most of his 1980 presidential debates with President Carter and did so in his 1984 debates with Vice President Mondale. In both sets of debates, he displayed a well timed, winning sense of humor. His domestic, and foreign policy achievements were so many, and so manifest, that the limited space available only permits a brief summary.,

The fundamental Reagan domestic policy was embodied in the innovative program, known as the “Reagan Revolution.” It’s primary object was to reinvigorate the American economy, and to eliminate, as much as possible, the reliance upon oppressive, stultifying, unending, government regulations. His political acumen and his personal magnetism helped him to secure legislation that stimulated economic growth, curbed the inflation of

the Carter years, and increased employment. He was also able to cut taxes and the ever present wasteful government spending.

His foreign policy, concisely stated, was “Peace Through Strength.” That included a substantial increase in defense spending, which in turn helped improve relations with the Soviet Union. His meetings with Soviet leader Gorbachev resulted in an important treaty, eliminating intermediate range nuclear missiles.

As the undisputed leader of modern American conservatism, Ronald Reagan has left an enduring imprint on his country’s greatness. He will forever be remembered as one of the truly Great American Presidents!

George H. W. Bush was Reagan’s hand-picked successor to be the 41st President of the United States. Although he was a World War Two Naval Aviation Hero, some of his courage seemed to elude him during his presidency. He did perform well in his presidential debate with Governor Michael Dukakis, and his popularity did increase for a while during the Persion Gulf War. However, the ensuing economic decline and the fact that he increased taxes, thus betraying his “No new taxes pledge,” probably caused his loss in the 1992 election.

The 42nd President was William J. Clinton, former governor of Arkansas. His political sagacity and winning personality, combined with the Bush political mistakes, propelled him to the presidency. Those same characteristics enabled him to outperform the inept Republican contenders in his two Presidential debates. He was impeached for participating in, and lying about, a number of sexual affairs, but was acquitted by the Senate. His administration experienced mixed successes in both domestic and foreign affairs, but he has remained personally popular with the American public

George W. Bush, former Governor of Texas, was the 43d President. An “establishment” Republican, like his father, he was also a political “moderate.” His initial election was clouded by a Florida vote count controversy, ultimately resolved by the United States Supreme Court. His finest hour was rallying the country after the 9/11 attacks, followed by executive decisions intended to protect the country from future attacks. He involved the United States in wars in Afghanistan and Iraq, the wisdom of which has been debated to this day. His Presidential debates with Vice President Gore and Senator Kerry were appropriately acrimonious and indecisive.

The 44th President was Barack Obama. Very early in his administration he embarked on a worldwide trip. During that trip he diminished the Presidency by bowing to a number of world leaders. What was worse, he criticized his own country by denouncing what he thought to be an innumerable number of political and social atrocities.

The Obama administration, as noted in the Federal Register, flooded the country with such a record number of rules and regulations, that resulted in restricting individual liberties and stultified economic growth. A contributing consequence was that Gross Domestic Product, the most comprehensive measure of economic growth, was the worst in decades. President Obama himself, however, was an articulate and persuasive debater. He therefore prevailed over Senator John McCain and former Governor Mitt Romney in their two debate sessions.