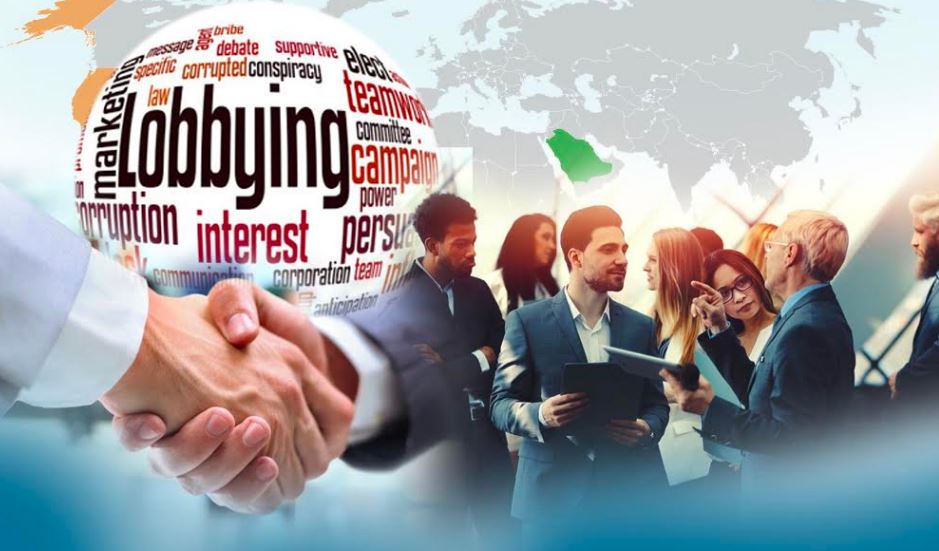 The role of lobbying In Strengthening Relations

Lobby formation is normally initiated for the purpose of strengthening a nation’s standing and the need to activate its role on the international scene, thus, serving its interests and strategies.

The emergence of lobbies is one of the most important features of the modern state. It evolved in the last quarter of the 20th century, to become one of the most prominent contemporary political realities.

The integration and presence of lobbying within the political international community is becoming an essential part of the components of the state. Now, states recognize lobbying and is supporting its involvement in the political process. States began to understand lobby reasonings and justifications.

Lobbies vary a lot. They do vary in terms of their size, their impacts and their motives. Some represent groups with long-term goals while others are more specialized and diversified in their activities.

They play a pivotal and important role in political life. As such, within a political institution, it is placed right behind the government and the parliament, but ahead of civil society organizations and political parties. This gives lobbying an important place in the social system which reflects the critical importance of its role, its impact and effectiveness.

Lobbies usually seek to influence political leaders. They accomplish that through different means. Most importantly, through the building of a network of relationships within government officials, parliamentarians, the clergy, the law, the judiciary, strategic experts, academics, politicians, journalists, as well as other powerful and influential groups within the state. This lobby’s balance of relationships within these circles is the basis for the lobbying movement, its involvement and success.

It is important to realize the fact that the presence of lobbies is not limited to a certain community or a political system. Lobbies are found in all societies and systems, but with varying degrees of strength. There is no difference between a lobby in a developed country, in a developing country or in a less developing one. There is no distinction between a lobby in an industrial state, in an agricultural one, in a democratic state or a dictatorship.

On the other hand, lobbies have a lot of power and influence within the state where they belong to or overseas. Lobbies can, whenever they have the right strategy, represent their states in the arenas of others. Thus, they can play an active role, serving the causes of their homelands, within a comprehensive foreign affairs policy and an international relations framework.

The first appearance of lobbyists goes back to the United States, where American institutions found themselves far from influencing the political decision making process. That came at a time, when they were in dire need of expressing their interests, and have positions close to the legislators and the legislation process, thru actors who are adopting  and exerting the right lobbying goals  and pressure needed to defend them.

In terms of financial resources, some lobbies have huge resources. They have always been making sure they make the resources available, to give them a leverage they need, to be ready and able to influence the decision-making process, whenever required.

Moreover, the activities of the lobbyists are not restricted to a country or a homeland, as much as it relates to the existence of transcontinental multinational companies. Normally, giant companies would position their financial resources within countries with strong economies. As such, they become in a position that allows them to strongly extend their influences and decision-making abilities towards the countries in which they invest.

At times, one feels that lobbyists possess resources and powers exceed that of nations. To understand that power and the magnitude of its influence, one needs to acknowledge the fact that the production of these economic “castles” represent close to 25% of the overall global production.

It should also be noted here that the above five companies are some of the most generous in donating and funding political candidates as well as supporting think tanks, for the political and strategic expertise they offer.

The book in question studied number of foreign active lobbies housed within the United States. The lobbies covered were the Chinese, the Iranian, the French, the Israeli, the South African, the Moroccan, the Saudi and the Armenian. In this article, the author is shedding some light on the Saudi and the Iranian lobbies, as they both have in varying degrees succeeded in forming a lobby on the American soil.

There has been a lot of talk about the Iranian lobby power and influence.  It has been assumed that is has been able to break the ice between Iran and the United States.

It can be said that the Iranian lobby is one of the most persistent interest groups in the United States. The Iranians understood that it takes long thinking and breath to reach their political goal and achieve their strategic objectives. As such, Iranian lobbyists have worked with that same speed and spirit spreading their ideas, to realize a positive change in the overall Iranian American relations.

Iranian academicians have successfully positioned themselves within several American academic institutions and think tanks. John Hopkins, Princeton, Carnegie and the Council on Foreign Relations are to name few.

It can be said that the Iranian lobbyists have succeeded in convincing the Obama Administration that Iran’s exclusion from the global geopolitical system is not adequate. That the Iranian people love America, appreciate its people, and more importantly, support the return of diplomatic ties between the two countries.

It can also be said that the Iranian lobbyists voice in the United States was not only trying to improve the Iranian image with the Americans, but it has been stepping up its image on the account of the image of Arabs.

Examples of Arab image distortion include the spreading of false information that the Arabs, even if their governments are American allies, they are anti-American. That the prevailing ideology among the Arab people to the Americans and their Government is negative.

Saudi Arabia’s lobby had, at times, a worthwhile experience in the United States. A rich experience is represented by the success story achieved by Prince Bandar bin Sultan during his term as an ambassador to Washington, who succeeded in negotiating the Saudi acquiring of the AWACS.

A success that is believed to have broken then, the strong power of the Jewish lobby on American policies on the Middle East. The Kingdom has succeeded in acquiring the AWACS aircraft, despite the strong opposition of the Jewish/Israeli lobby.

It can be argued that the success of the deal came as a result to the Embassy’s preparation of an integrated strategy, which helped gather public support. That was described as more than the support which Israel was able to mobilize.

According to the American website The Hill, the Kingdom’s success was also due to two main factors: the first was connecting with AWACS manufacturers and their trade unions. The second was President Ronald Reagan’s broad public support and his position on the issue. The President said that “the acquisition of the AWACS by the Saudis is part of a U.S. strategy to scale down the Soviet role and influence in the world”.

But, despite the victory of the lobby that the Kingdom has achieved from the AWACS deal, it was looked at as a short-term success, as it has not been pursued further. If the Saudis pursued their lobbying in the US since then, with the same effort and seriousness, Saudi Arabia would have created, by now, one of the most effective and influential interest group in the United States.

Meanwhile, one should not deny the fact that there had always been continued Saudi efforts to influence popular and official American public opinion. But lobbying, unfortunately, remained seasonal and/or practiced in times of a crisis, such as  11/9.

The opportunity for building an active and sound Saudi lobby is there. It has available today, unprecedented modern tools, communication languages and extensive techniques to use in communicating with the international community in general, and with the Americans in particular.

Lobbying is vital for strengthening a country’s international political and economic ties.  Mobilizing energies through an effective soft diplomacy strategy coupled with a sound public-private-partnership, will undoubtedly, support Saudi Arabia in its efforts to become  a world leader, a position that the Saudis possess all the ingredients required to achieve it.

Online lobbying is an effort that uses a variety of tools to try and seek to influence the public and the best way to do that is to get help if you aren’t sure where to get started. Thankfully, there is a platform option out there for you known as The Online Publishers “TOP platform” which is where you can find out how to effectively engage in online lobbying.