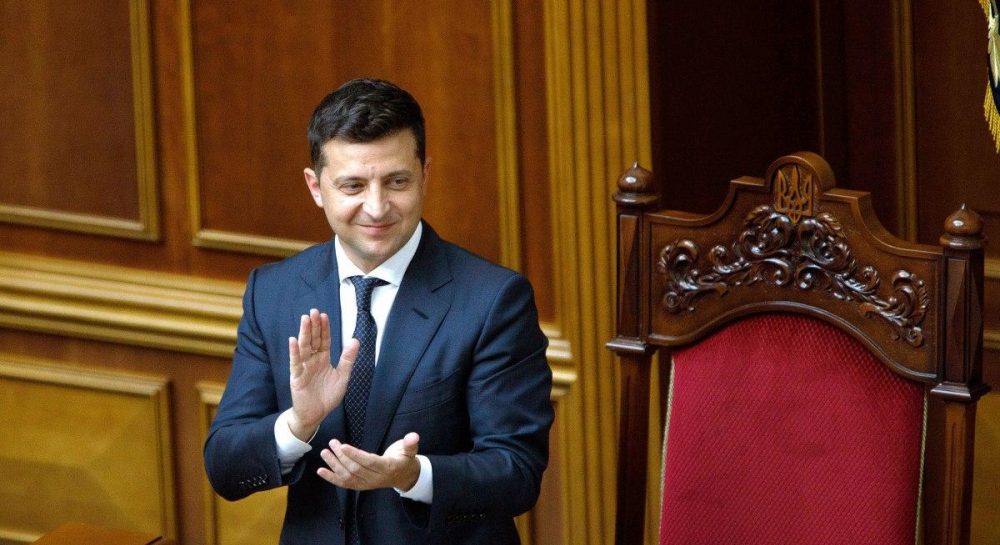 Ukrainians on Sunday voted in local elections that were considered a test for President Volodymyr Zelenskyy, and likely dealt a setback to his party, according to early polls.

The former comedian took office last year and promised to uproot endemic corruption and shore up a worsening economy.

But out of nine major cities and regional centres across Ukraine, no candidate of the presidential party appears to have been elected mayor.

Zelenskyy was elected president by a landslide in April 2019 after campaigning on promises to end fighting between Ukrainian forces and Russian-backed separatists in the country’s east as well.

Despite his lack of prior political experience, he quickly cemented his grip on power by calling a parliamentary election that resulted in his party winning a strong majority.

But Zelenskyy, 42, has seen his popularity dwindle steadily as living standards have continued to plummet, corruption has remained widespread and international efforts to negotiate a settlement to the conflict in eastern Ukraine have failed to yield tangible progress.

Now his Servant of the People party came out on top in municipal council elections in only two large cities and in seven others, it most often came in third, according to two early polls.

While the president’s approval ratings are dropping, other political groups have come together to mount a challenge to his Servant of the People party, which was named after a popular TV series in which Zelenskyy played a school teacher who unexpectedly becomes president.

According to two early polls, the party only came out on top in municipal council elections in two large cities and in seven others it most largely came in third. The blow to his support will likely be confirmed later, due to a long counting process.

“Unlike some of our neighbours, we do have a great luxury, free elections,” Zelenskyy wrote Sunday evening on Facebook, likely referring to Belarus and Russia.
“Yes, I understand perfectly well that our electoral system is far from perfect, dirty money and dishonest media resources, unfortunately, still affect the results.
“But we are definitely moving in the right direction. Each subsequent free election is another proof that Ukraine is forever free,” Zelenskyy added.

Servant of the People’s approval ratings were hovering around 16 per cent heading into the election. During Ukraine’s July 2019 parliamentary election, the party came out on top with 43 per cent support.

“The time is working against the government because a miracle promised by Zelenskyy never happened, and Ukrainians felt that they can’t live like in a TV series and have to further tighten their belts,” Tatiana Furs, a 58-year-old sales clerk said.

The parties of former president Petro Poroshenko and former prime minister Yulia Tymoshenko are expected to win most of the mayoral and council seats in the western part of the country. A pro-Russia party, Opposition Platform for Life, is positioned to make a strong showing in the mostly Russian-speaking east and south of Ukraine.

Balloting will not be held in areas of eastern Ukraine that are controlled by Russian-backed separatists.

In capital city Kyiv, mayor Vitali Klitschko, a former world boxing champion, obtained more than 45% of the vote, according to polls, placing him far ahead of rivals including the presidential party candidate.

In a move widely seen as an attempt by Zelenskyy to shore up his sagging popularity, he coupled the local elections with a survey asking voters for their views on issues that include legalising cannabis for medical use, introducing life sentences for corruption convictions, and creating a free economic zone in the country’s east.

“Zelenskyy is well aware of a sharp drop in the government’s approval ratings and is trying to fix the situation by trying to attract the young and liberal voters to the polls with the question about cannabis,” said Vadim Karasev, an independent political expert based in Kyiv.

Zelenskyy says the survey results will help shape the government’s agenda but many voters shrugged it off as irrelevant.

“Most Ukrainians may need cannabis to forget about the main problem — broad poverty,” said Ihor Dryhailo, 48, an engineer in Kyiv who voted for Zelenskyy last year but expressed disappointment with his performance as president. “The government’s words differ from its deeds, and it has been unable to stop a majority of Ukrainians from sliding into poverty.”

Observers predicted political pressure will continue to mount on Zelenskyy after the municipal election, with political rivals likely to press for an early parliamentary vote.

“The local elections will set the stage for an attack on Zelenskyy from all sides,” said Volodymyr Fesenko, the director of Penta Centre, an independent think tank. “The right-wing and the left-wing forces will rock the boat and try to provoke a new political crisis, seeking to at least challenge the parliament majority.”

Zelenskyy also faces growing pressure from one-time ally, billionaire Ihor Kolomoyskyi who owned the TV station that aired the sitcom that made Zelenskyy famous. He hoped to have the 2016 nationalisation of his PrivatBank reversed, but Zelenskyy has refused to overturn the decision.

“The results of the local elections could come as a cold shower for Zelenskyy, who will have to counter both the parties controlled by the oligarchs and the strengthening regional elites,” he said.