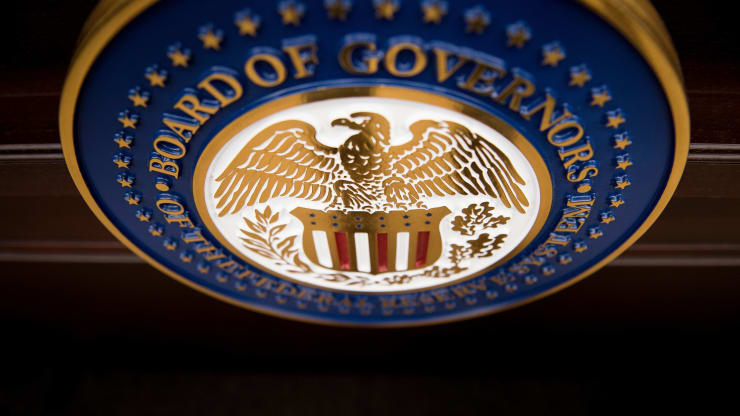 A Democratic sweep in the coming U.S. elections will likely unleash more fiscal stimulus, but it could also cause the Federal Reserve to hike interest rates earlier than expected, said a Morgan Stanley portfolio manager.

The first rate hike by the Fed could be brought forward from around 2024-2025 to 2023-2024 — depending on how other policies, such as taxation, turn out in the event of a “blue wave,” said Jim Caron, a senior member of Morgan Stanley Investment Management’s global fixed income team.

A “blue wave” refers to an election outcome where Joe Biden defeats Donald Trump in the presidential race, and Democrats win a majority in both chambers of Congress.

Caron told “Squawk Box Asia” on Wednesday that the U.S. economy, under pressure from the coronavirus pandemic this year, was already expected to rebound in 2021. Additional stimulus that’s likely to come with a “blue wave” would boost that growth potential further, he added.

The Fed has maintained its policy rate near zero since March and indicated that rates could stay at that level through 2023. That has kept Treasury yields low, even though they rose on Tuesday on a potential stimulus package ahead of the November elections.

But Caron warned that a Democratic win in the November elections might not be all good for the U.S. economy. He said there could be “more questions than answers” on issues such as the Democrats’ tax policy and their approach toward regulation, which could create uncertainties.

Many investors fear that a Biden win could result in higher taxes and tighter regulations — which could lead to lower corporate profits and less economic growth.

“I think the markets are being a little bit complacent about, just thinking that: ‘Well on Nov. 3, the day of the election, we’re going to get all the answers and everything’s going to be great going forward’,” said Caron.

“I actually think there’s going to be more questions than answers after the election than there is right now.”

Vlogging and Video Creating is a great medium and done right can make some serious money. When you add video production or video advertising, then the potential is even greater. However, it takes time and effort to make money only focusing on vlogging and video creating.