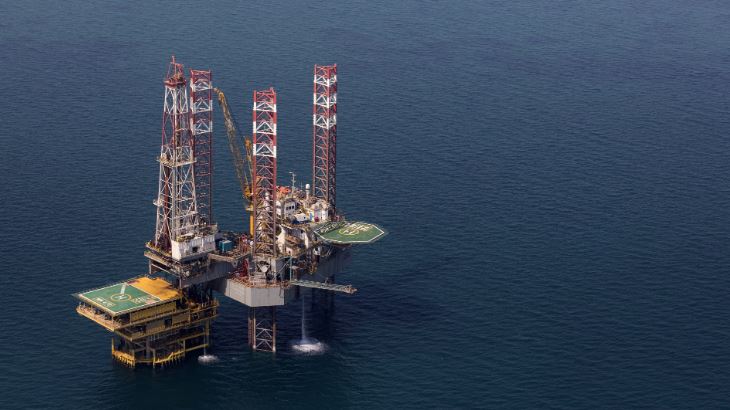 United Arab Emirates — The International Monetary Fund downgraded its outlook for Middle East and Central Asian economic recovery, predicting a 4.1% contraction for the region as a whole — 1.3 percentage points worse than its previous assessment in April — in its latest regional outlook report released Monday.

Jihad Azour, director of the IMF’s Middle East and Central Asia department, noted a large disparity in economic loss between oil importing and exporting countries as the region has been hit by the coronavirus pandemic and a plunge in oil prices.

Oil prices will be the most important factor for oil exporters’ recovery, particularly states like Saudi Arabia, Iraq, Iran, the UAE, Bahrain and Kuwait, for whom the commodity makes up the majority of revenue. While prices have recovered from their historic plunge in March of this year, international benchmark Brent crude is still trading nearly 40% below pre-pandemic levels. Brent stood at $42.87 per barrel on Monday morning in London.

And the IMF doesn’t see oil prices staging a dramatic recovery anytime soon, predicting prices in the $40 to $50 range in 2021. That’s still half the $80 per barrel figure OPEC kingpin Saudi Arabia needs to balance its budget, according to the fund.

“The projections for oil prices are in the corridor between $40 to $45 for … early next year, and will be between $40 to $50” next year overall, Azour said. “I think what is going to be also important to watch is the recovery in demand. That proved to be an important factor in what we saw this year, in addition to the supply that could come from alternative energies.”

The oil demand outlook remains grim amid new waves of coronavirus gripping regions of the world and uncertainty about U.S. fiscal stimulus and the U.S. presidential election. The International Energy Agency in September cut its outlook for worldwide oil demand to 91.7 million barrels per day this year, a daily contraction of 8.4 million barrels year-on-year and more than the contraction of 8.1 million predicted in the agency’s August report.

OPEC posted an even worse outlook for this year, slashing its view for global oil demand last month to an average of 90.2 million barrels per day in 2020, a contraction of 9.5 million barrels per day year-on-year. The group of 13 oil-producing countries described the outlook for the commodity’s demand as “anemic,” and warned that risks remain “elevated and skewed to the downside.”

‘The best way to get out of this crisis’

Azour stressed diversification and continued coronavirus safety measures as key to strengthening the region’s economies, with a focus on providing opportunities for its youth population.

“I think what is important for the region going forward is we have now a situation where it’s clear that diversifying the economy is the best way to get out of this crisis,” Azour said.

Diversification will be a particular challenge given the blow to some of the region’s most vital non-oil sectors: tourism, transportation, retail and real estate. Air travel alone isn’t expected to rebound to pre-pandemic levels until at least 2023.

Real GDP growth for GCC states averaged 4.7% from 2000 to 2016, of which non-oil growth made up a mere 6.4%, according to the IMF’s report. But the oil-reliant Gulf states are now expected to see a 6% real GDP contraction this year, with non-oil sectors comprising 5.7% of that loss.

You can get started now by registering as a new user with TOP, after that you will be able to browse through the different services that the platform offers to clients. Getting through this process is very easy and fast, and soon you can access those quality tools that can boost your content placement success, and help you reach other business goals too.