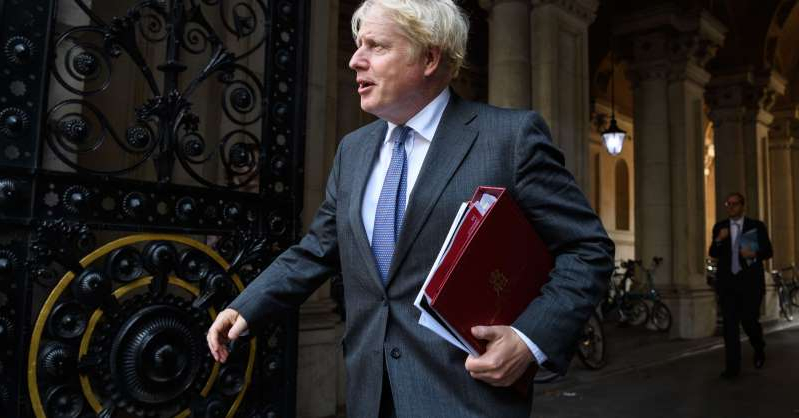 U.K. Prime Minister Boris Johnson said Friday that he would seek a no-deal Brexit unless there is a fundamental change of approach from the European Union.

“Unless there’s a fundamental change of approach, we’re going to go to the Australia solution, and we should do it with great confidence,” Johnson said, accord to Reuters, after negotiators failed to agree on a deal ahead of his self-imposed Oct. 15 deadline.

Sterling sank to a session low against the dollar on his comments, trading at $1.2870 after hovering near $1.2961.

His comments come after EU leaders said Thursday they wanted talks to continue in the coming weeks. The EU believes that there’s still some time left to try to overcome differences between the two sides.

But language used in the EU statement upset officials in London, after Brussels called on the U.K. “to make the necessary moves to make an agreement possible.”

The U.K.’s main Brexit negotiator, David Frost, said he was “surprised by (the) suggestion that to get an agreement all future moves must come from U.K.”

U.K. and EU trade talks have stalled on issues such as fisheries, competition rules and governance for months. However, Michel Barnier, the EU’s chief negotiator, said Thursday that he was hopeful these differences could be overcome in the next few weeks.

“We are available, we shall remain available until the last possible day,” Barnier said at a press conference.

“We want to give these negotiations every chance of being successful,” he added, explaining that his team was ready to return to London on Monday for further talks.

The U.K. stopped being a member of the European Union in January but agreed to keep following all EU rules until the end of 2020 so both sides would have time to put together new trade arrangements.

This means they have until the end of the year to conclude trade talks.

However, Johnson’s comments Friday suggest that from January onward both sides could trade under World Trade Organization (WTO) rules, which may mean extra barriers and higher costs for trade across the English Channel.