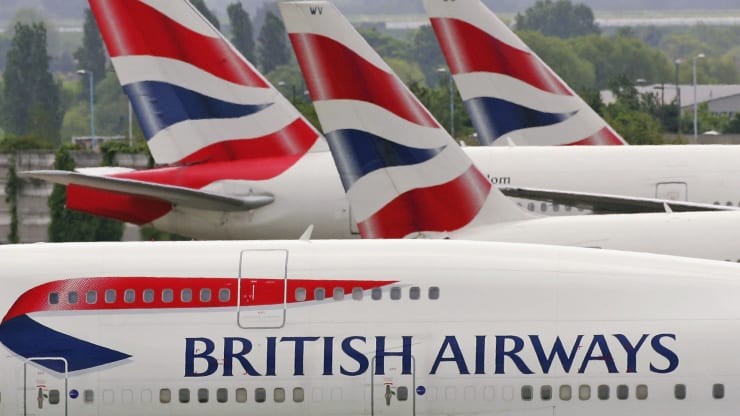 British Airways Chairman and CEO Alex Cruz will step down as the airline’s chief executive, parent firm IAG announced on Monday, with Aer Lingus Chairman and CEO Sean Doyle set to take the reins after a transition period.

“We’re navigating the worst crisis faced in our industry and I’m confident these internal promotions will ensure IAG is well placed to emerge in a strong position,” IAG Chief Executive Luis Gallego said in a statement.

The outbreak of the coronavirus has led to an unprecedented hit to air travel, with the pandemic bringing the industry to a near standstill.

More than 40 airlines have failed so far this year, and aviation experts expect more to follow in the coming months.

“I want to thank Alex for all that he has done at British Airways. He worked tirelessly to modernise the airline in the years leading up to the celebration of its 100th anniversary. Since then, he has led the airline through a particularly demanding period and has secured restructuring agreements with the vast majority of employees,” Gallego said.

Cruz, who began his career at American Airlines, became British Airways chairman and chief executive in April 2016. He was previously CEO of Vueling from 2009 when it merged with Clickair, an airline Cruz founded in 2006.

Cruz will remain as the non-executive chairman of British Airways, IAG said. His replacement as the airline’s CEO, Doyle, has been at the company since 1998.

Doyle has worked in various roles at British Airways, before being appointed to the airline’s executive management committee in 2016 as director of network, fleet and alliances.

“Sean Doyle has extensive experience at British Airways having worked there for 20 years before moving to head Aer Lingus nearly two years ago where he has done an excellent job. I am confident that will continue at British Airways,” IAG’s Gallego said.

At Aer Lingus, Donal Moriarty, the current chief corporate affairs officer, will become interim chief executive of the airline, IAG said, adding that a permanent appointment would be announced in due course.