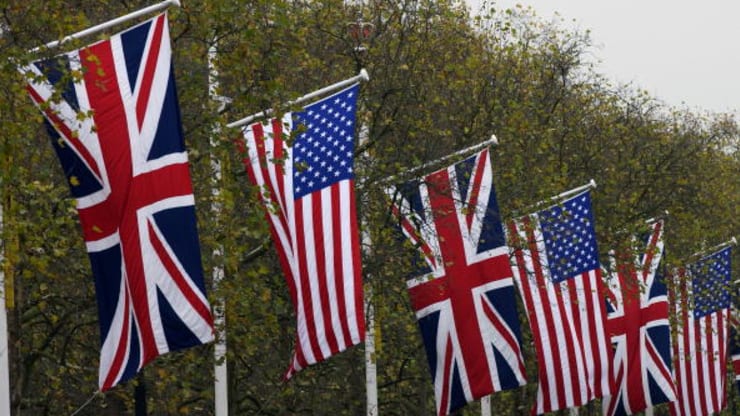 The U.K.’s Foreign Secretary Dominic Raab is in Washington Wednesday to meet with Secretary of State Mike Pompeo and House Speaker Nancy Pelosi, among other senior officials, as Britain seeks to reassure its U.S. partners on Brexit negotiations.

The visit comes after the U.K. government dropped a Brexit bombshell last week, tabling a controversial bill that, if approved, could see the U.K. renege on parts of its withdrawal deal that it agreed with the European Union last year, breaking international law in the process.

The proposed legislation, called the Internal Market Bill, seeks to allow the British government to dis-apply some parts of the agreement if it, and the EU, fail to reach a trade deal before the end of the year — an outcome that looks increasingly likely amid tense trade negotiations that have faced stumbling blocks.

The bill provoked outrage in Brussels, which threatened the U.K. with legal action, and prompted a row between the EU and U.K.’s chief Brexit negotiators on Twitter. It has also caused concern among many British politicians who said the bill, which would need to be passed by the U.K.‘s lower and upper houses of parliament, would damage the U.K.’s international standing at a time when it needs to seek trade agreements with the rest of the world.

The U.K.’s Foreign, Commonwealth & Development Office was tight-lipped about any discussions on Brexit, telling CNBC in a statement that during his meeting with Pompeo, Raab would “seek to advance U.K.-U.S. collaboration on shared global priorities” including “the Middle East peace process; standing up for the people of Hong Kong and holding China to its international obligations; and taking a co-ordinated response to Russia and Belarus.”

But the BBC reported Wednesday that Raab is expected to discuss the controversial Brexit bill with U.S. officials and to argue “that the government’s plans are precautionary and proportionate.” Pompeo is meeting Raab at 4 p.m. ET, and a joint press conference is expected shortly afterwards.

The bill was criticized by several high profile U.S. lawmakers, who fear it could upend the hard-won peace deal in Northern Ireland, known as the “Good Friday Agreement,” that the U.S. helped to broker in the late 1990s.

Pelosi said that a move to renege on the withdrawal agreement signed with the EU could jeopardize the U.K.’s chances of striking a trade deal with the U.S. in future.

“Whatever form it takes, Brexit cannot be allowed to imperil the Good Friday Agreement,” she said in a statement last Wednesday.

“If the U.K. violates that international treaty and Brexit undermines the Good Friday accord, there will be absolutely no chance of a U.S.-U.K. trade agreement passing the Congress. The Good Friday Agreement is treasured by the American people and will be proudly defended in the United States Congress.”

According to studies, more and more companies are using influencer marketing to bring about a more powerful reach to their target customers. It is an alternative to traditional advertising and is quite efficient and affordable. WHY IS INFLUENCER MARKETING IMPORTANT?