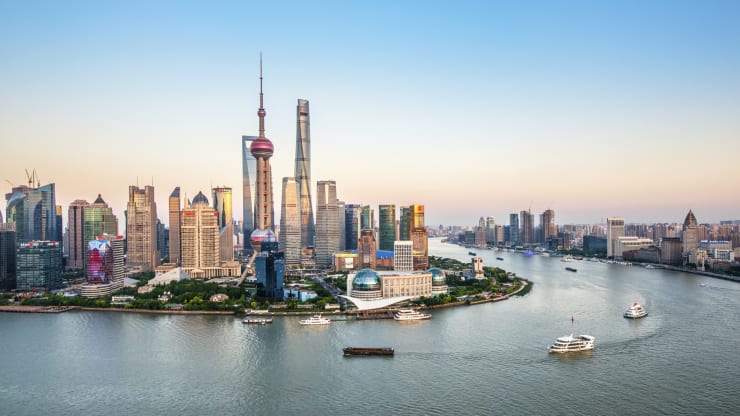 U.S. financial firms like Citi and BlackRock make inroads into the Chinese market

From regulatory approval to business decisions, major American financial giants are moving deeper into the Chinese market, even though political tensions between the two countries are growing.

Citi announced Wednesday it received a domestic fund custody license from the China Securities Regulatory Commission — becoming the first U.S. bank and the first of the top 5 global custodians to do so.

The license will allow Citi to hold securities and sell related custody services to China-based mutual funds and private funds, if Citi passes the regulator’s inspection later this year, according to a press release from the bank.

“We have invested significantly in our Securities Services operations in Shanghai, and we plan to continue building up our local capabilities to meet our clients’ increasing demand in China, such as fund administration and other outsourcing services,” David Russell, Citi’s Asia Pacific head of securities services, said in the release.

In the last two years, the Chinese government has sped up efforts to allow greater foreign access to its previously closed financial market. Relaxing ownership restrictions and granting business licenses to American financial institutions are also part of the phase-one trade agreement between the U.S. and China.

The Chinese regulatory approval for Citi follows similar moves for other foreign financial institutions that have long wanted to expand their operations in the local market.

On Aug. 21, New York-based global asset management giant BlackRock gained approval to set up a wholly-owned asset management business in China, according to the Chinese securities regulator’s website. The company has six months to establish the firm, with registered capital of 300 million yuan ($43.9 million), the filing said.

On June 13, American Express’ joint venture with LianLian DigiTech in China received approval from the People’s Bank of China to clear local bank card transactions, according to an announcement on the central bank’s website.

U.S. mutual fund giant Vanguard is also planning to close its Hong Kong and Japan operations and move its Asia headquarters to Shanghai in the next six months to two years.

Vanguard said in an email to CNBC on Wednesday that the Hong Kong stock market will remain critical to the firm’s investment funds, and that in order to focus on individual investors, it decided to wind down its Hong Kong operation, which primarily worked with institutional clients.

There are also indications that American investment bank J.P. Morgan may be closer to buying out its current joint venture partner in fund management, China International Fund Management. The price was publicly disclosed on Aug. 25 — 70 billion yuan ($1 billion), according to an online posting on the Shanghai United Assets and Equity Exchange for state-owned assets.

While businesses are attracted to a major financial market that is generally still in the early stages of development, critics say Beijing kept key industries such as banking and payments closed until local, often state-owned, businesses became dominant giants.

China’s big four state-owned banks remain the largest in the world, according to an annual ranking from The Banker. Chinese technology giants Alibaba and Tencent operate the two primary mobile payment systems in a country where paying by smartphone is ubiquitous.

“Citi’s announcement is a further development of the fund custody license rule change that happened about a month ago,” Tianjun Wu, deputy economist at The Economist Intelligence Unit (The EIU), said in an email. “It is another step from the China side to open up its financial sector which would mean more opportunities for foreign financial institutions going forward.”

“The challenges ahead would be the judicial system,” Wu said. “Whether the Mainland judicial system can support a vibrant financial market and smooth transactions is still to be seen. If not, then the opening up would only put China as an important emerging market rather than creating a financial centre.”

Demographic information can be obtained via your database of existing clients, web analytics and your experience when dealing with potential and existing clients. IDENTIFYING CLIENTS’ NEEDS FOR DIGITAL MARKETING