Latest Articles
Home NEWS Trump and Biden are ‘as stark as black and white’ on maximum pressure on Iran, analyst says 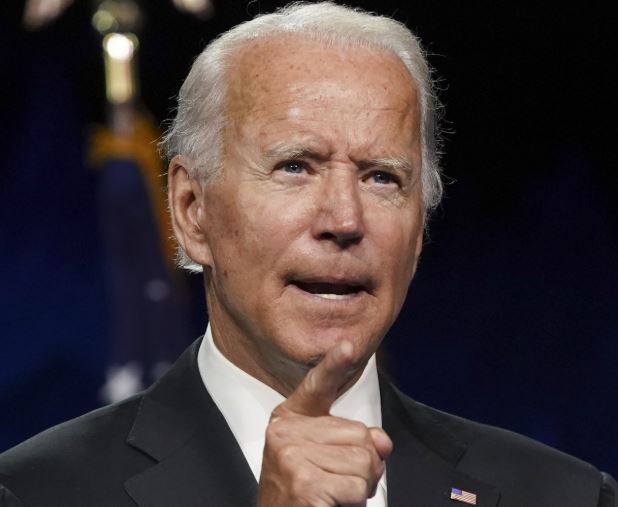 Trump and Biden are ‘as stark as black and white’ on maximum pressure on Iran, analyst says

U.S. President Donald Trump and Democratic presidential candidate Joe Biden are “as stark as black and white” when it comes to the maximum pressure campaign on Iran, according to one analyst.

“There’s this long-standing trend now, that we’ve seen at least for 20 or 30 years in U.S. foreign policy, where the new occupant, and in this case it’s a potential Biden administration, looks to do a 180 (degree change) either on key themes or key policy issues,” he told CNBC’s “Capital Connection” on Friday.

“There will also be grandiose rhetorical changes, even if in some cases, some of the policy substance does remain the same,” he said.

But the way in which this administration tries to contain and limit Iranian activity, and using sanctions very heavily as a tool to that end, I do think that would change in a Biden administration.
Emily Hawthorne
STRATFOR

“On Iran and maximum pressure for instance, the candidates are as stark as black and white. (They’re) that different, when it comes to either more pressure or more engagement,” said Ben Taleblu. “I think what we’ve seen from the Islamic Republic, if you genuinely want to change their behavior, they don’t change their behavior unless there is sustained maximum pressure and that’s something the Trump administration is trying to do.”

Washington in 2018 withdrew from a nuclear agreement with Tehran, and imposed heavy economic sanctions on the Islamic Republic.

A Biden administration is likely to reengage with multi-lateral agreements and use “more diplomacy as opposed to more economic pressure,” Ben Taleblu added. He said the former vice president will not “automatically revert” to the 2015 nuclear treaty, but may try to “claw back elements of that deal” to arrest the Iranian nuclear problem.

Still, it’s “very safe to say” that the U.S. goals will stay the same, no matter who wins the election, said Emily Hawthorne, a Middle East and North Africa analyst at Stratfor.

She said the Trump administration has tried to limit the extent to which Iran can act in the Middle East and around the world through militant proxies, financial networks, ballistic missiles and its nuclear program.

“Those are some goals that are going to remain in place,” she told “Squawk Box Asia” on Friday. “But the way in which this administration tries to contain and limit Iranian activity, and using sanctions very heavily as a tool to that end, I do think that would change in a Biden administration.”

Hawthorne added that Iran has not reacted to the recent U.S. push to restore sanctions because it is waiting to see who wins the November election, and if there’s a chance to “turn a page and start a new discussion” if Biden wins.

However, there’s no clean page from which a potential Biden administration could start negotiations because of “sanctions infrastructure” and “baggage,” said Hawthorne.

“Under the Trump administration, we’ve seen the Iranian government and the U.S. government speaking totally past each other in terms of what’s possible and what’s next,” she said, adding that it will be “very hard” for Biden to achieve much in a short period of time because of the way Iran retaliated to U.S. sanctions.

“Iran has continually responded to that with incremental developments in its own nuclear program or developments in its ballistic missile program,” she said. “Those are things that are not easy to scale down and that’s why … we’re in a very precarious place, regardless of whether there’s a Trump or Biden administration.”

For an ebooks library The Online Publishers “TOP” Platform has the best that there is. You are going to find a wide range of ebooks to choose from and will not run out of options for different genres, many great ebook titles to sort through and consider for buying. You do not have to struggle any longer to fi d a great ebooks library online, it is here now.