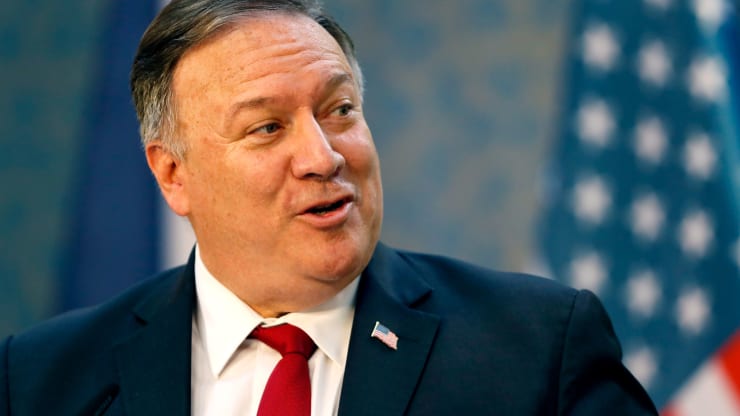 Pompeo did not elaborate, but his comments could be hinting at action against other Chinese apps or even TikTok’s parent company ByteDance, or WeChat owner Tencent.

“So when President Trump made his announcement about not only TikTok, but about WeChat – and if you read it, it’s broader even still than that – is that we’re going to make sure that American data not end up in the hands of an adversary like the Chinese Communist Party, for whom we have seen data uses in Western China that rival the greatest human rights violations in the history of mankind,” Pompeo said in a speech in Prague, Czech Republic.

The orders name both Tencent and ByteDance. One of the executive orders prohibits “any transaction by any person, or with respect to any property, subject to the jurisdiction of the United States, with ByteDance Ltd. … Beijing, China, or its subsidiaries, in which any such company has any interest” as identified by the U.S. Secretary of Commerce.

Another executive order prohibits “any transaction that is related to WeChat by any person, or with respect to any property, subject to the jurisdiction of the United States, with Tencent Holdings Ltd. … Shenzhen, China, or any subsidiary of that entity.”

The executive orders are vague and do not specify what a “transaction” means. But Pompeo’s comments, in which he mentioned these two specific orders, may be a suggestion the action could extend beyond the two apps named.

Both ByteDance and Tencent were not immediately available for comment.

Pompeo’s remarks come after Tencent executives played down the impact of Washington’s moves.

“WeChat and Weixin are two separate products, with WeChat serving our International users,” John Lo, chief financial officer of Tencent, said on the company’s earnings call on Wednesday. Weixin is the version of WeChat for mainland Chinese users.

“Based on our initial reading and subsequent press reports the executive order is focused on WeChat in the United States and not our other businesses in the U.S,” he said. “We are in the process of seeking further clarification from relevant parties in the U.S.”

The U.S. represents less than 2% of Tencent’s global revenue and less than 1% of total advertising revenue, according to the company.

James Mitchell, chief strategy officer at Tencent, said he doesn’t believe that U.S. companies advertising on Tencent platforms in China will be impacted as the executive order covers only the U.S. jurisdiction.

For those who are unfamiliar, content marketing is powerful because it builds up an image of expertise and experience for the business being marketed in this manner, thus increasing the chances of potential customers choosing them rather than one of the other options out there. It isn’t something that will produce results in an instant, but over time, content marketing can be critical for brand building efforts.