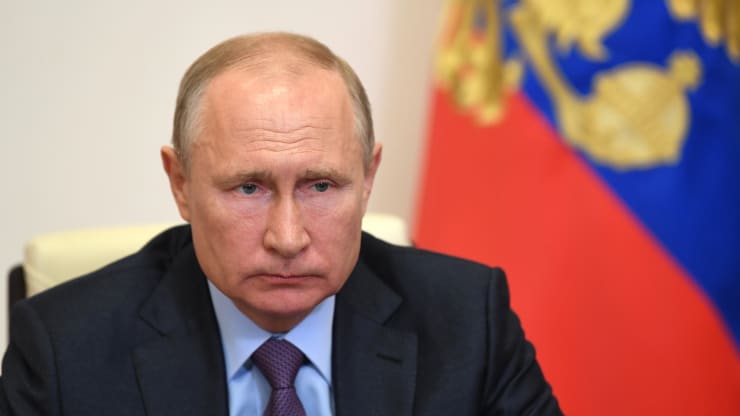 Putin claims Russia has registered the world’s first coronavirus vaccine, says his daughter has taken it

Russian President Vladimir Putin announced the registration of what Russia claims to be the first vaccine for the coronavirus in the world and said one of his daughters had already taken it.

“As far as I know, a vaccine against a new coronavirus infection has been registered this morning, for the first time in the world,” he said at a meeting with members of the government, RIA Novosti reported.

“Although I know that it works quite effectively, it forms a stable immunity and, I repeat, has passed all the necessary checks,” Putin said.

Clinical trials of this Russian vaccine have been completed in less than two months and phase three trials are set to begin on Wednesday, despite the vaccine having already been registered. Countries including the United Arab Emirates, the Philippines and Saudi Arabia are taking part in those trials.

No data has yet been published by the researchers and the long-term effects and safety of this possible vaccine currently remain unclear.

Putin also stated that one of his daughters had been vaccinated against the coronavirus, commenting, “In this sense, she took part in the experiment.”

Responding to the news, the World Health Organisation said it is in “close contact” with Russian health authorities about the “possible pre-qualification process for a Covid-19 candidate vaccine which requires rigorous review,” Reuters reported, citing a WHO spokesman.

At the end of July, the World Health Organization said that there were 26 candidate vaccines in the clinical evaluation stage, including the one registered in Russia that was developed by the Gamaleya Scientific Research Institute of Epidemiology and Microbiology.

Russia has denied that it is part of an “arms race” to develop a vaccine, saying it wants to cooperate with other nations. There has been international skepticism that Russia has developed an effective and safe vaccine, however.  White House coronavirus advisor Dr. Anthony Fauci, for instance, has cast doubt on the approaches to testing in Russia and China.

Russia’s sovereign wealth fund, the Russian Direct Investment Fund (RDIF), said Tuesday that it’s backing the production of the vaccine — which will be called ‘Sputnik V’ in foreign markets. It stated there had been “considerable interest” from abroad.

“We have received preliminary applications for over 1 billion doses of the vaccine from 20 countries. Along with our foreign partners, we are already prepared to manufacture over 500 million doses of vaccine per year in five countries, and the plan is to ramp-up production capacity even higher,” the wealth fund said in a statement.

Full-scale production of the vaccine is expected to begin in September, it added.

Kirill Dmitriev, the CEO of RDIF, rebuffed international skepticism over the vaccine, telling reporters Tuesday that bias against it was politically motivated.

″(The) Russian vaccine has been questioned, and will be questioned, regardless of anything we do,” Dmitriev said.

“We know that before any major announcements already there were accusations that the Russian vaccine may have been stolen, which is completely false, and now we publish on the Sputnik.com site all the research dating back to six years ago and how the vaccine was created.”

With regards to the vaccine trial data not yet being published, Dmitriev conceded that, “some of the concerns are valid.” He said the results from Phase 1 and 2 trials would be published shortly, but did not give a date.

“We’ve seen the results of clinical trials Phase 1 and 2, we’ve seen animal results and they are incredibly impressive, and all of this is going to be published,” he said.

The registration of the vaccine had been signaled earlier this month. Russian Health Minister Mikhail Murashko told reporters in early August that clinical trials of the coronavirus vaccine were over.

“Clinical trials of a coronavirus vaccine developed by the Gamaleya center are over, paperwork is underway for the vaccine’s registration,” Murashko said, according to Russian news agency Tass.

TOP Platform has an incredible service that is known as the “Trend it” service and it essentially allows you to trend your posts across social media anywhere and in any language. You might have thought that this was impossible because for the average user who spends time online it can be very difficult to post content that goes viral.