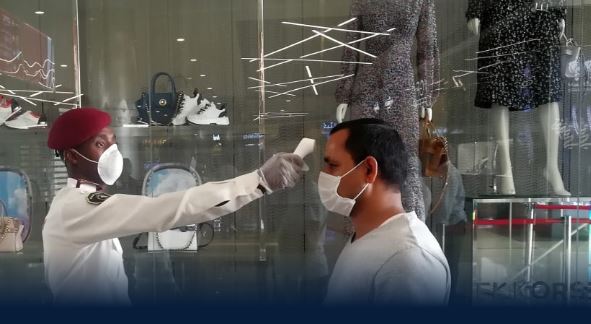 Citizens across Saudi Arabia poured into stores once coronavirus lockdown restrictions were lifted in June, hoping to save money on non-perishable goods from food and clothing to electronics and cars ahead of the kingdom’s tripling of its value-added tax, or VAT.

Riyadh announced the levy — which increased from 5% to 15% on July 1 — in May as a means of boosting state revenue as oil prices plummeted as the pandemic lockdowns battered the economy. But it could hurt consumer recovery, some experts say, warning that the jump in spending of the last month could come to a screeching halt through the rest of the summer and into the fall.

“People attacked the malls and shopping centers. It looked like Black Friday sales,” Ali Almarri, a business owner living in the eastern city of Khobar. Almarri wanted to buy a new car before the tax increase set in, only to find that cars were completely sold out at every dealership he visited.

“A salesman at one dealership told me they sold more cars in the last month than in the prior five months. People want to save money and they don’t want to have to pay the VAT.”

The VAT isn’t the only new policy the kingdom has implemented in the wake of the virus and crushed oil demand. Saudi Arabia has also suspended its cost of living allowance for public sector workers, and announced cuts and delays to projects that were part of Vision 2030. The fiscal austerity measures come as the entire Gulf region is reeling from the double blow of global lockdowns and the lowest oil prices in two decades.

“This is going to have a huge impact on the Saudi economy … it’s a triple whammy because in addition to lower oil prices and also the pandemic, we have an expat exodus which is taking place at the moment as people lose their jobs,” he told CNBC’s “Capital Connection” on Wednesday.

“So we are already in a very, very difficult situation. And the increase is not just high by those regional standards. We are fairly new with VAT experiments across the region. But a 10% hike is virtually unprecedented anywhere in the world. And so this is going to have a massive impact on disposable income and a huge impact on consumption-related industries.”

Almarri believes that after June “people are going to spend less, definitely. People will be discouraged by seeing they have to pay 10% more than usual.”

Fadlallah agrees. The VAT jump “has a tremendous impact on household spending capacity,” he said. “So, whether it’s going to be absorbed easily remains to be seen but my guess is that August, July, September, October, they’re going to be particularly difficult months for the consumption sectors, given that we had a build-up in purchases over the last few weeks.”

Other financial analysts have made similar warnings. Khatija Haque, head of MENA research at Dubai-based Emirates NBD, told CNBC in May that “raising VAT when many households are already facing job losses and salary cuts is likely to exacerbate the decline in consumption this year and increase pressure on businesses.”

Still, others view it as a much-needed measure. Ehsan Khoman, head of MENA research at MUFG, told  the “bold, decisive and necessary austerity measures are paramount to prevent a rapid deterioration of wealth buffers.”

The Saudi economy contracted 1% in the year’s first quarter, but figures are expected to be much worse for the second quarter, hit by the brunt of the coronavirus lockdowns. Christopher Payne, chief economist at Dubai-based Peninsula Real Estate, expects a deficit as high as 15% of GDP for the kingdom this year. Consumer spending indicators like ATM withdrawals and point of sale transactions fell by more than 30% year-on-year in April and May, according to London-based firm Capital Economics.

The firm’s Covid Recovery Tracker found economic activity at 30% below pre-virus levels in June, compared to 65% below at its trough in mid-April, revealing signs of recovery as lockdown restrictions were lifted. “Nonetheless,” its analysts said this week, “we expect the recovery to be relatively slow-going as fiscal austerity measures bite.”

TOP platform offers a special service that is exclusive to those who are signed up with them, giving the chance to access the best influencers around and start getting information put out into the market that will become trending topics on social media is talking about today.