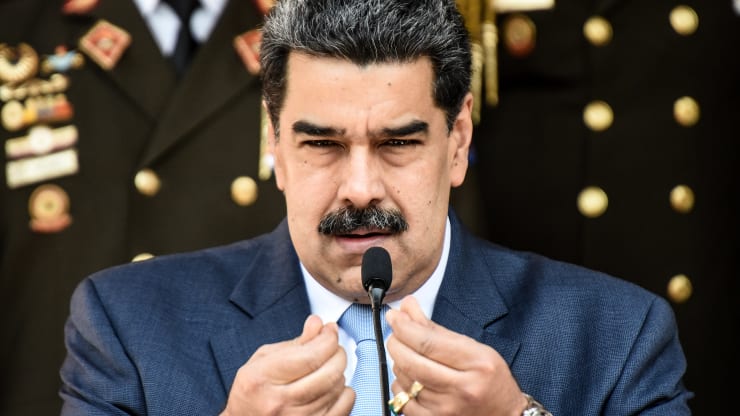 Venezuela’s rival leaders are locked in a legal battle to determine the fate of over $1 billion of gold reserves stored in the vaults of the Bank of England, with a High Court ruling expected over the coming days.

The hearing, which began in London on Monday and is expected to last four days, represents an extraordinary case for the crisis-stricken South American country.

Venezuela’s central bank, controlled by President Nicolas Maduro, is seeking an order to force the Bank of England to hand over the lion share of the country’s gold reserves.

Lawyers representing Maduro have argued the funds would be transferred directly to the United Nations Development Programme in order to aid the country’s response to the coronavirus pandemic.

However, National Assembly leader Juan Guaido believes the bullion should be under his control since the U.K. government, alongside approximately 60 other world leaders, recognizes him as the rightful interim president of Venezuela.

“The gold in the vaults in the Bank of England is our national reserves. It belongs to our people, to secure our nation’s future,” Vanessa Neumann, the chief diplomat in London for Venezuelan opposition leader Guaido, said in a statement on Monday.

“It must not be stolen as the transnational criminal organization that is the Maduro regime has stolen everything else. It must not be handed to our enemies, their partners in crime and terror and our oppression.”

Venezuela’s central bank filed the claim in a commercial court on May 14, saying the money would be used to administer the purchase of food and medical supplies in order to fight the coronavirus outbreak.

Last month, a group of experts at the United Nations warned hospitals in the country had reported a shortage of medical supplies and protective equipment.

To date, more than 4,100 people have contracted the coronavirus in Venezuela, with 35 deaths nationwide, according to data compiled by Johns Hopkins University.

“Maduro claims they want to use it as humanitarian aid to deal with Covid-19. That is highly unlikely to happen in part because the U.K. does not recognize Maduro’s administration as legitimate, they recognize Guaido as the interim constitutional president,” Diego Moya-Ocampos, lead Venezuela analyst at London-based consulting firm IHS Markit, told CNBC via telephone.

“But, they are also unlikely to transfer it to Guaido, so I think that money is going to stay here,” he added.

“It is significant because it is a lot of money for Venezuela, for both sides,” Moya-Ocampos continued. “If that money was to be transferred one way or the other, it certainly could be a gamechanger.”

How did we get here?

The Bank of England is the second-largest custodian of gold in the world, second only to the New York Federal Reserve.

Central banks of many developing countries store their national gold reserves in the vaults at the U.K.’s central bank and Venezuela is one of them. In January 2019, the Bank of England refused to allow Venezuela to take the gold out of its vaults and back to South America.

It has since refused to comment publicly on this decision. Venezuela has been locked in a political stalemate for nearly 18 months, whereby it has an internationally-recognized government, with no control over state functions, running parallel to Maduro’s regime.

Then you can easily get started on asking TOP platform to become one of the trenders with them so that you can offer the service. Clients then will be able to connect with you and they will be able to offer you work that you can do easily from home, allowing you to make money online by engaging in this sort of online marketing.