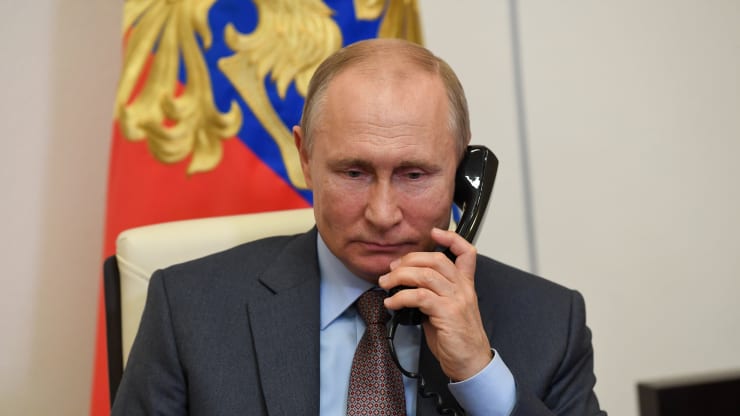 Russian President Vladimir Putin has connected the U.S.′ handling of the coronavirus crisis with the widespread civil unrest and anti-racism protests in the country, according to Russian media reports.

Putin said the Covid-19 pandemic had “shone a spotlight” on issues in the country, adding that the protests for racial equality and against police brutality were the result of an internal crisis. However, he criticized scenes of destruction and looting seen during some protests.

“What has happened (in the U.S.) is the manifestation of some deep domestic crises,” Putin said, according to Tass news agency, which covered an interview with the president on state-run TV channel Rossiya-1 TV on Sunday.

Putin reportedly linked the U.S.′ handling of the coronavirus crisis with the protests that were sparked by the death of George Floyd, an unarmed Black man, while in police custody in Minneapolis in May. The U.S. is the worst-hit country in the world by Covid-19, with over 2 million reported cases and nearly 116,000 deaths, according to Johns Hopkins University.

“It shows there are problems,” Putin said, according to comments from the interview also reported by the Moscow Times newspaper. “Things connected to the fight with the coronavirus have shone a spotlight on general problems.”

“If this fight for natural rights, legal rights, turns into mayhem and rioting, I see nothing good for the country,” he said.   “We always in the U.S.S.R. and in modern Russia had a lot of sympathy for the struggle of African-Americans for their natural rights,” he added.

However, the president added that, “when — even after crimes are committed — this takes on elements of radical nationalism and extremism, nothing good will come of this.”

The comments come despite Russia often refusing to comment on the domestic affairs of foreign powers, saying it does not want to interfere. Putin repeated that position in the broadcast, noting that he usually tries to “comment carefully or not to comment at all what is happening in other countries.”

Last week, Putin’s spokesman Dmitry Peskov told CNBC that Russia, a country with its own poor human rights record, was “concerned” about human rights abuses around the world, and including the U.S.

Russia is the third worst-hit country in terms of coronavirus cases, having passed the 500,000 case mark last week. To date, it has recorded over 528,000 cases but just under 7,000 deaths. The low death toll has prompted questions over its accuracy, although Russia has insisted to CNBC that it is not concealing a larger number of fatalities.

During the interview with Rossiya-1 on Sunday, Putin reportedly contrasted the virus situation in the U.S. and Russia, saying that while “we are exiting the coronavirus situation steadily with minimal losses, God willing, in the States it isn’t happening that way.”

There are many photographers out there today who struggle but thankfully TOP platform is there to help you. When you are interested in finding new clients then you need to try something new and join a space that you have never joined before. By taking the time to sign up with TOP you are investing in your future and investing in the chance to make great money online by selling your photography to many different clients.