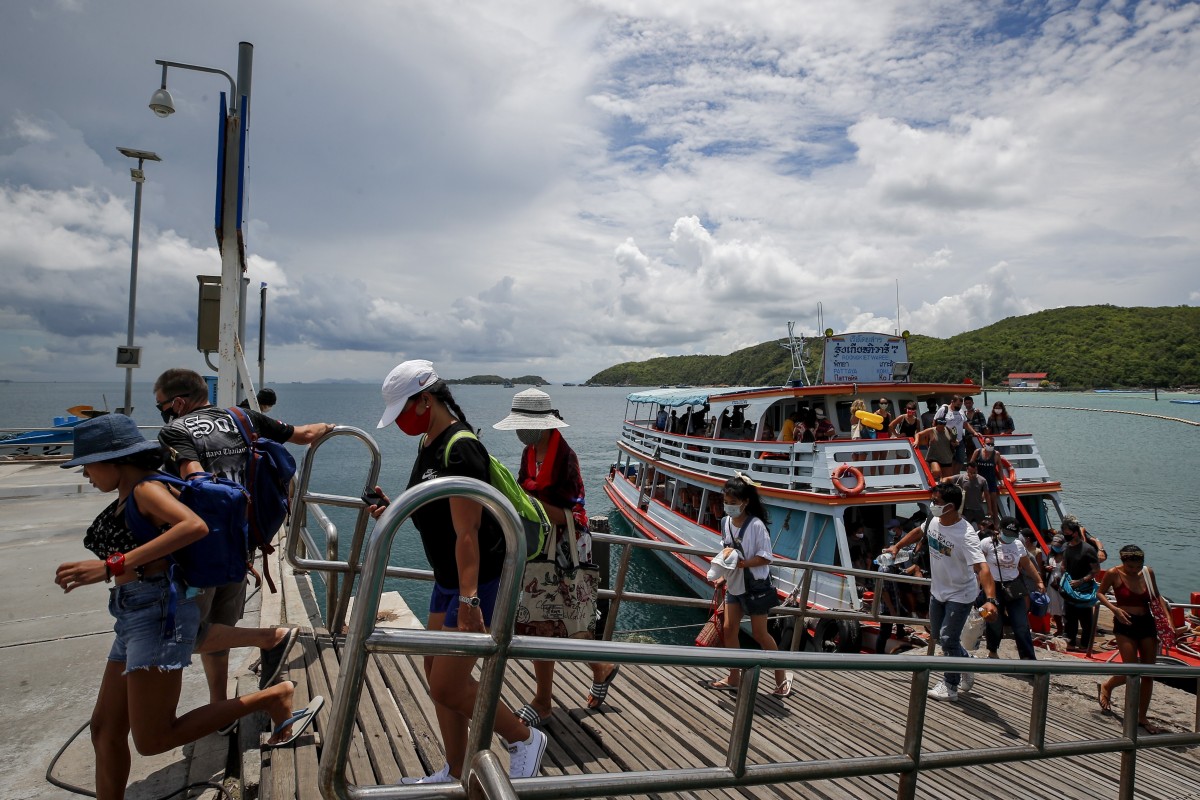 With cash flow drying up at Thailand’s popular beach resort of Phuket, hotels are racing to restart tourism –starting with local travellers.

“If nothing changes in the next three months, we won’t be able to afford paying for staff,” said Angkana Tanetvisetkul, president of the Kata Karon Business Association, which represents more than 40 locally owned hotels in Phuket.

Across Southeast Asia – one of the most tourism-reliant regions in the world –hotels and travel businesses are slowly kicking into gear after countries like Thailand and Vietnamsuccessfully flattened their virus infection curves and began easing lockdown restrictions.
While international leisure travel is still a long way off, hotels and airlines are slashing rates to lure locals. Even in countries where infection rates are still a worry, like Indonesia and Singapore, governments are hoping to reopen tourist hotspots like Bali and restart business travel to China and elsewhere.
In Hanoi’s usually bustling Old Quarter, hotels are scrambling to welcome domestic visitors, and beachgoers are sporadically returning to Vietnamese resort towns like Da Nang.

Do Tran Phuong, operating manager of Hanoi-based Mytravel Vietnam, says it costs as little as 2.7 million dong (US$116) for local tourists to snag air tickets and two nights’ beachside hotel stay with the sort of deals airlines and hotels are offering. That’s a saving of more than 70 per cent from before the pandemic.

“That will give almost no profit, but just to prompt people to travel and resume their travelling sense again,” he said. “The population of over 90 million people is actually a very big potential market for us, especially when the virus epidemic is still going on in other countries.”

The virus, and the restrictions imposed to contain it, have been destabilising for Southeast Asia, where the rosy economic outlook before Covid-19 was premised in large part on booming international travel.

The situation is perhaps most dire in Thailand, where travel and tourism makes up about one-fifth of the economy in more normal times and employs about 8 million people. For 2020, the government expects the number of international visitors to plummet 68 per cent from last year to 12.7 million. The industry will probably contract about 70 per cent, according to Somprawin Manprasert, chief economist at Bank of Ayudhya.

With international arrivals suspended until at least July 1, Thai tourism authorities are helping resorts throw open their doors to domestic visitors. There’s a sense of optimism in the industry that there’s enough pent-up demand to help start them on the path to recovery until international leisure travel resumes.

“Right now hotel owners and operators on the ground just need to get back on their feet,” said Bill Barnett, managing director of Phuket-based consultancy C9 Hotelworks. “People want cash flow. They’re anxiously waiting to get back to business.”

One market segment Thailand sees as an opportunity when borders reopen is the high-income leisure traveller, who is being targeted with “high roller” packages.

The Tourism Authority of Thailand is working with the Ministry of Tourism and Sports on a programme to attract wealthier visitors to two regions, Phuket and Samui & Phangan, for stays of at least a month, after they’ve passed health screenings at home and upon arrival in Thailand.

Across Southeast Asia, travel and tourism contributed about 12.1 per cent of the region’s GDP last year and 13.3 per cent of employment, according to World Travel & Tourism Council figures released in April – second only to the Caribbean on both counts, but earning more than six times the receipts. The tourism industry’s 4.6 per cent growth in Southeast Asia last year outpaced the global average of 3.5 per cent.

In Vietnam, the government started sending out daily mobile phone messages in early May imploring residents to help boost the economy. It launched a promotion programme called
“Vietnamese travel in Vietnam”, offering big discounts for locals and free entry to tourist spots, and drawing together airlines, travel agents, hotels and other businesses to coordinate holiday packages.

Already, there are hopeful signs of people on the move in Vietnam, according to analysis of Apple data that aggregates requests for driving directions.

Vietnam “is a clear stand-out”, with Ho Chi Minh residents now moving about as much as they did in early March, Wellian Wiranto, an economist with Oversea-Chinese Banking, said in a May 27 note to clients. As of June 2, Vietnam had just 328 confirmed virus cases and no fatalities.

Nguyen Thu Hang, manager of a three-star hotel in Hanoi whose business typically relies largely on foreign tourists, is shifting focus to domestic travelers for now, with another eye on the core customers.

“We must rely on local tourists now, and hope that things will get better toward the end of the year when people feel more comfortable to travel,” Hang said. “We’re also taking this time to upgrade our facilities a bit to get ready for more guests later, when Vietnam reopens for international visitors.”

Domestic travellers will serve as a test case for how post-Covid travel will look once international tourists can return. Digital transactions and temperature checks are likely to proliferate. Hotel grounds could be arranged differently, with socially distanced fitness equipment and buffet lines. Large sporting events, concerts and big conventions remain far off on the horizon.

Even so, businesses face a long road of recovery – setting up a test of resilience, especially for the region’s small and medium-sized enterprises.

Angkana, of Phuket’s local business association, expects that only about 10 per cent of visitors could return in the first few months after the lockdown is lifted, most of them domestic tourists. International visitors won’t return until winter, she said.

TOP platform is a convenient hub that offers you a digital market solution to finding great photos online. From amazing photographers to a wide selection of quality goods to choose from and buy, TOP has it all for you and then some. TOP is the place to go whenever you need a digital marketing agency to help you find great photography content.