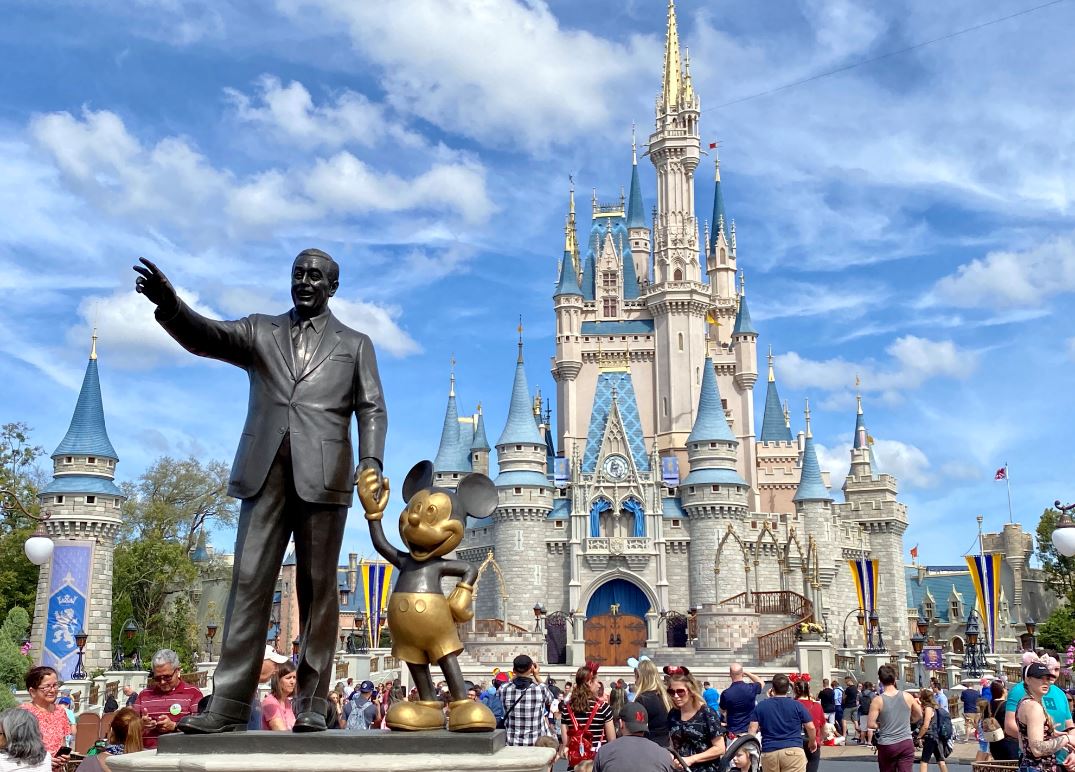 Walt Disney Co. investors got a taste of just how bad the coronavirus pandemic will be for the world’s largest entertainment company.

The crisis cost Disney as much as $1.4 billion in lost profit last quarter, the company said Tuesday, with $1 billion coming from shuttered theme parks alone, and nearly every part of its business taking a hit.

Earnings plunged by more than half to 60 cents a share in Disney’s second quarter, excluding some items. That trailed the 86-cent average of analysts’ estimates. Revenue rose 21% to $18 billion, but that was driven by the acquisition of 21st Century Fox’s entertainment assets last year.

It’s only going to get worse. Disney has already lost more than a full month of parks business and cruises in the current quarter, along with the shutdown of movie theaters and the loss of live sports on its flagship ESPN cable networks. Analysts predict the company will lose hundreds of millions of dollars this period, with revenue in free fall.

“This quarter is kind of a black hole,” said Dave Heger, an analyst with Edward Jones in St. Louis who expects the parks to remain shut for “most if not all” of the quarter. “They’re just in the mode of getting through the quarter, and by September, they can ramp back up. It’s anybody’s guess right now how quickly that can occur.”

Disney has taken a variety of steps to cut costs, including reductions in executive pay and furloughs for workers. The company on Tuesday also said it will forgo its July dividend payment, saving about $1.6 billion, and cut capital spending by $900 million. Losses in the quarter were mitigated somewhat by a $150 million employee tax credit that was part of the federal coronavirus relief legislation.

Disney also offered some near-term hope for the theme-park business, saying its resort in Shanghai will reopen on May 11.

“We are seeing encouraging signs of a gradual return to some semblance of normalcy in China,” Chief Executive Officer Bob Chapek said on a conference call with investors.

The company’s dominance in theme parks and movies have come back to haunt it this year, with consumers shut out of resorts and theaters. An ad slump and the blackout of live sports also have taken a toll. But Disney+, a streaming service launched in November, has been a bright spot. It now has more than 54 million subscribers, far more than originally predicted.

The worst performance in Disney’s latest quarter came from the theme-park division, where operating income tumbled to $639 million from $1.51 billion a year earlier. Disney’s resorts around the world remain closed due to the coronavirus, with the properties in Asia shuttered since late January. Shanghai will be a crucial test of how the parks reopen.

Disney shares fell as much as 2.8% in after-hours trading. They were already down 30% this year through the close, suffering a far steeper fall than the S&P 500 Index.

Profits at the film studio, which has been unable to show movies in theaters since mid-March, dropped 8%. A strong performance by films in theaters earlier in the quarter, such as “Frozen 2” and “Star Wars: The Rise of Skywalker,” failed to make up for write-offs the company took on other projects. Disney also said bad-debt expenses were rising as theaters held back payments.

Disney has taken steps to mitigate its losses, such as putting its last Pixar film, “Onward,” on its new streaming service in early April, when it normally would still be playing in theaters. Chapek said the company’s next big release, the live-action release of “Mulan” in July, will test whether people return to theaters.

In the company’s TV business, operating income rose 7% as increased sales of TV shows and the Fox merger boosted results. But cable networks were hurt by an advertising slump in the wake of the coronavirus lockdown. ESPN is especially vulnerable in a world without live sports.

Despite still being in the money-losing stage, Disney’s direct-to-consumer division performed better than expected. Losses at the division, which includes Disney+, came in at $812 million — less than the $900 million analysts were projecting.

While analysts expect Disney to “be given a pass from investors” with its 2020 earnings, the company’s recovery could take two years or more, according to a note this week from MoffettNathanson. The research firm reduced its opinion on Disney to neutral from buy.

“Disney is built on shared group experiences,” Lightshed Partners’ Rich Greenfield said in a note Tuesday in which he told clients to sell the shares. “Until there is global comfort health-wise with that behavior again, Disney’s earnings are fundamentally impaired.”

Finding some good Ebooks to read won’t take much time at all once you have made the decision to sign up with “TOP platform“ The Online Publishers .