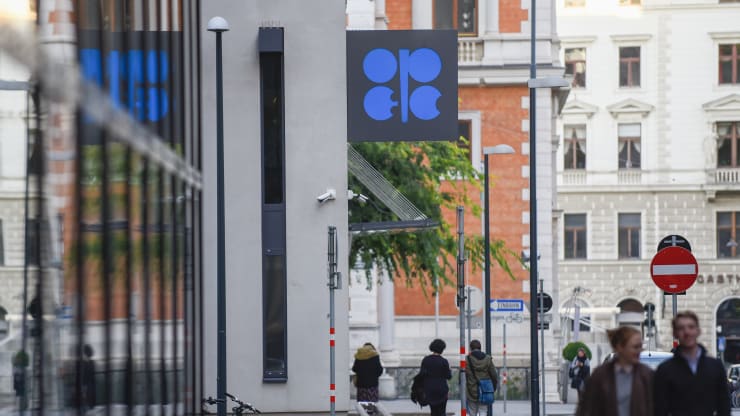 OPEC has dramatically lowered its forecast for oil demand growth this year, citing China’s coronavirus outbreak as the “major factor” behind its decision.

In a closely-watched monthly report published Wednesday, the Middle East-dominated producer group downwardly revised its outlook for global oil demand growth to 0.99 million barrels per day (bpd) in 2020. That’s down by 0.23 million bpd from the previous month’s estimate.

The amended forecast is likely to reinforce the case for OPEC and allied non-OPEC producers, including Russia, to impose additional output cuts sooner rather than later.

“The impact of the Coronavirus outbreak on China’s economy has added to the uncertainties surrounding global economic growth in 2020, and by extension global oil demand growth in 2020,” OPEC said in the report.

“Clearly, the ongoing developments in China require continuous monitoring and assessment to gauge the implications on the oil market in 2020.”

Both crude benchmarks have each fallen around 20% since climbing to a peak in early January, dragged lower by concern over demand in China during the coronavirus outbreak.

WHO says outbreak ‘holds a very grave threat’ for world

The group, which consists of some of the world’s most powerful oil-producing nations, said the fast-spreading flu-like virus had necessitated a further downward revision to China’s oil demand forecast.

“Evidently, the timing of the outbreak exacerbated the impact on transportation fuel demand in China, as it coincided with the Chinese Lunar New Year holidays, as millions of Chinese return home to celebrate with family members and friends, or travel abroad,” OPEC said.

As of Tuesday evening, China’s National Health Commission reported that a total of 44,653 cases had been confirmed in the country, with 1,113 deaths.

The outbreak, which has infected people in over two dozen countries, was described as a “very grave threat” to the world by the director-general of the World Health Organization (WHO) on Tuesday.

Led by Saudi Arabia, OPEC had pushed for an emergency meeting with non-OPEC partners earlier this month in order to cut oil production to offset the impact of the coronavirus.

A committee advising the producers reportedly recommended a 600,000 bpd reduction in oil production to bring relief to the energy market.

However, Russia is still considering whether to sign up to the additional cuts, almost one week after the recommendation.

OPEC’s regular meeting is set for March 5. An earlier meeting than scheduled is still possible, but there has been no announcement.