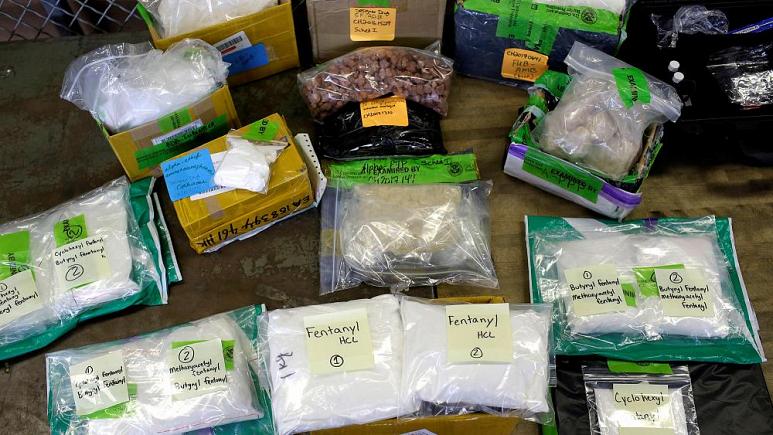 Drug trafficking in Europe is increasing due to globalisation and technology, Europol and the EU drugs agency warned in a new report.

In a joint dossier, they found Europeans spend at least €30 billion on drugs per year.

That’s up €6 billion from the last report which was released in 2016 and makes the market “a major source of income for organised crime groups”.

“Drugs are now more accessible to European consumers, often via social media and the internet. Today’s report proves once again that the illicit drug market remains a threat to the health and security of our citizens,” said Dimitris Avramopoulos, European Commissioner for Migration, Home Affairs and Citizenship.

“This report is a clear wake-up call for policymakers to address the rapidly growing drug market, which is increasingly global, joined-up and digitally enabled,” said Alexis Goosdeel, the director of the drugs agency, known officially as the European Monitoring Centre for Drugs and Drug Addiction.

An increase in trafficking

The EU drugs agency warned earlier this year of an “Uberisation” of the drugs market including facilitating drug trafficking on the internet.

Cocaine seized by authorities doubled in 2017 to 140 tonnes – up from 71 tonnes a year earlier, for instance.

“Europol sees a clear increase in trafficking activity through our operational work and the intelligence contributions we receive from EU Member States,” Europol’s executive director Catherine De Bolle warned upon release of the drugs market report.

“Law enforcement needs to tackle this development and that is why we are investing heavily in supporting drug-related investigations in Europe.”

Drug use in the EU

The report also provided a look at drug use.

Cocaine is mainly coming from Latin America with more recorded seizures of the drug and the EU “emerging as a transit area” for other markets.

Opioids (mainly heroin), meanwhile, have roughly 1.3 million users and are mainly trafficked from the Balkans.

Roughly 1.7 million Europeans have tried amphetamine or methamphetamine and some 2.6 million have tried ecstasy the report said, even though those drugs make up just 5% of the drug market.

why scrutinize when projects seldom fold up and in a system where restructuring means lending more money to evergreen the loans?

What are the factors that affect foreign direct investment(FDI)?

Where You Can Get Paid As A Social Media Influencer Online.

Earning From Your Social Media By Becoming A TOP Trender.

Get Started With Earning For Posting On Social Media. To more click >>> Theinternationalcampaigner

EVERYTHING BUSINESSES NEED TO KNOW ABOUT FOREIGN DIRECT INVESTMENTS.