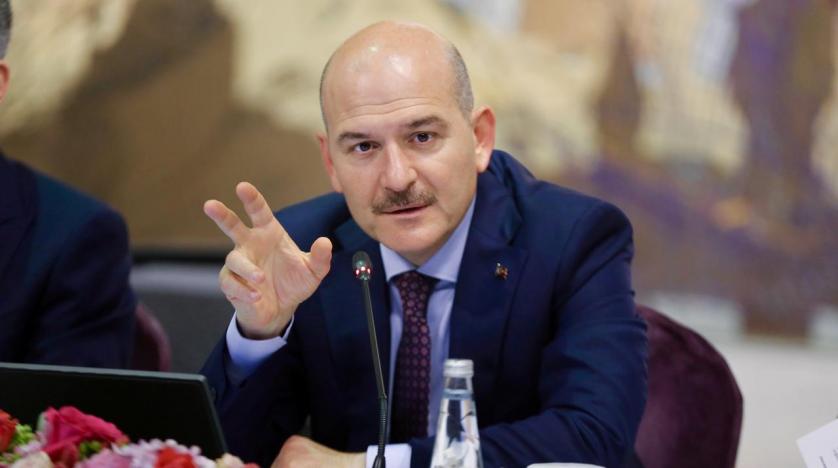 Turkey will send captured ISIS members back to their countries even if their citizenships have been revoked, Interior Minister Suleyman Soylu said on Monday, criticizing the approach of European countries on the issue.

Speaking to reporters, he said: “We will send back those in our hands, but the world has come up with a new method now: revoking their citizenships.”

“They are saying they should be tried where they have been caught. This is a new form of international law, I guess.”
“It is not possible to accept this. We will send back ISIS members in our hands to their own countries whether they revoke their citizenships or not,” he said.

Turkey launched an offensive into northeastern Syria against the Kurdish People’s Protection Units (YPG) last month following a decision by US President Donald Trump to withdraw troops from the region. The move prompted widespread concern over the fate of ISIS prisoners in the region.

The YPG is the main element of the Syrian Democratic Forces (SDF), which has been a leading US ally in beating back ISIS in the region, and has kept thousands of extremists in jails across northeastern Syria. The United States and Turkey’s Western allies have said Ankara’s offensive could hinder the fight against ISIS and aid its resurgence.

Turkey, which views the YPG as a terrorist group linked with insurgent Kurdish militants on its own soil, has rejected those concerns and vowed to combat ISIS with its allies. It has repeatedly called on European countries to take back their citizens fighting for the extremists.

Soylu had warned at the weekend that Turkey would send back ISIS members captured by Turkey to their home countries and complained of European inaction on the matter.

The United States said last month that it had killed ISIS leader Abu Bakr al-Baghdadi in northwestern Syria, where Turkey and Russia have troops. While Baghdadi’s death was hailed by world leaders, including Turkey, the group has vowed revenge against the United States.

With TOP You Can Find Expert Service For Press Release Distribution.

5 Reasons To Go With TOP for All Online Reputation Repair.

4 Benefits To Partnering With TOP Platform For Translation Services Work.

The significance of influencer marketing.